The Epic series opened strongly, but it doesn't hit its stride until the second book. While Dawn of Destiny had some of the best heart-pounding action I've read recently, it still felt preliminary, like a too-small appetizer at a restaurant. Only because I knew there was more coming did it feel like enough. The next course was certainly worth it, however.

Set almost three months after the end of the first book, Outlaw Trigger still has heart-pounding action scenes, but Lee Stephen has balanced them this time with heart-breaking events closer to home. Scott Remington is settling into his role as lieutenant and eagerly awaiting the arrival of his fiancée, Nicole. But when another base operative murders Nicole as his final test to enter the Nightmen—General Ignatius van Thoor's elite, amoral warriors—Scott is utterly devastated. From that moment on, he is a different person, and the only thing that matters to him is revenge. Stephen explores the consequences of this desire, both for Scott and for the people closest to him. Meanwhile, behind the lines, EDEN's high command debates what to do about General Thoor's consolidation of his power base....

Stephen displays masterful plotting. Almost from the first page, I read with a sense of impending doom, as every scene built up to that final, inevitable moment at the climax when Scott's worldview changes forever. Unlike the first book, Outlaw Trigger focuses less on the Alien War and more on character development, particularly Scott's. Anyone worried that Scott was going to turn out a cakewalking action hero should fear no more; if anything, he has executed almost a U-turn onto the road of antihero. His quest for vengeance predictably skews his judgement; it gets people killed, including someone close to him. And one by one, even his friends begin to turn away.

Despite its dramatic logic, however, I was kind of disappointed that Scott became a Nightman—not because I dislike this descent to the nadir of his existence, but because it was just so obvious so early in the book. Stephen has managed to elevate his writing to the level where I dread what I know will happen, what I know mus happen in order for the story to make sense. Now he has to take it to the next level, beyond the mere inevitable. I love anticipation and suspense, but I also want to be surprised. The well-executed expected turns a book from good to great; the unexpected is what can make it outstanding. Even a smidgen of doubt, a glimmer of hope that Scott might actually manage to rise above all this, would have been enough to make the story feel less singularly driven toward Scott's descent.

There were times, too, when Scott's brooding was a little too intense. Stephen's descriptions of Scott's feelings tend to belabour the point. There's a fine line between a properly-weighted amount of dramatic one-liners and a corny overabundance; depending on where you happen to draw your line, this book may cross it more than once. It's not a deal-breaker, and again, your mileage may vary. It annoys me more for the fact that the plot is strong enough to stand on its own and communicate the severity of the situation through its atmosphere without a surfeit of sinisterly-toned chapter-ending sentences.

That same heavy-handedness comes across in the scenes set among EDEN's judges. This subplot gives us a distant perspective on General Thoor's long-term game plan, in which recruiting Scott to the Nightmen was only a small—but indubitably integral—part. The newest judge on the block, Benjamin Archer, spearheads an investigation into Thoor's actions, and discovers that Thoor's been silently reducing EDEN influence at his base for years. I thoroughly enjoyed Archer's snakeoil sincerity, with which he wins over the rest of the council, even the president, who has always been reluctant to even consider challenging Thoor's authority. I also liked the reveal at the end that Archer is the mastermind behind the actions of the two conspiring judges from Dawn of Destiny. However, the dialogue among the judges was lacklustre, and the characters were correspondingly dull. There seemed to be conflict for the sake of conflict, and more stating of the obvious.

Characters other than Scott get their times in the limelight as well. David is cast in the light of both father figure and the surrogate leader for the group while Scott is out of commission—but after Scott's actions lead to Galina getting killed, David doesn't know if he can stand up for Scott anymore. I value the contrast between Scott's inner strength, which is utterly shattered along with its sources (Nicole and his faith), with David's, which is tempered by his years of experience as a police officer.

Becan, the Irish rogue, seems like he has a more reduced role in this book, providing little more than some quips and the occasional helpful observation. He's not my favourite of the supporting cast, though, so I didn't mind that much.

Galina's death was, in a way, more tragic than the murder of Nicole. It was really the first time Scott contributed to his fall. Nicole's death was the theft of Scott's happiness, but it was a theft; he was not at fault. By indirectly causing Galina's death through his own recklessness, Scott becomes complicit. And Galina had to die as much as Nicole did. As long as she was there, her closeness to Scott was a lifeline to sanity. There was still hope for a way back out of the pit. Her death was necessary to make Scott's misdirected murder at the climax possible. Now he has truly reached the point of no return, because he feels that there's no one left who can redeem him.

I'm really looking forward to the promised return of Svetlana. This is going to be good.

And just like that, I'm sold. Well, mostly. The demanding reader in me would like to haggle for a lighter touch, and a few more twists. But there's no denying that Outlaw Trigger is a sound sequel to Dawn of Destiny, building on the best elements of the first book and continuing to raise the stakes. It promises, it delivers, and it leaves me wanting more. 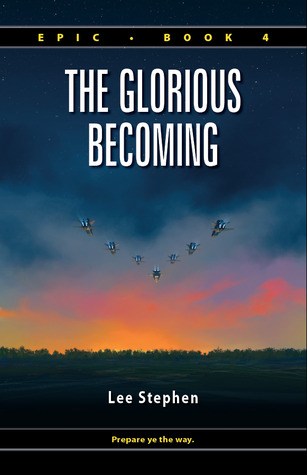 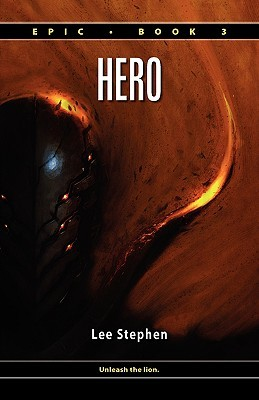