Wow did I write really long reviews back in the day! I was just reading back over some of my Nancy Kress reviews to remind myself what I thought of her other works. I went into a lot of detail with my Sleepless trilogy reviews. I guess that was the privilege of having more time in third-year university. Now I’m an adult, with a job, and a house for just over a week as of this writing. Ain’t nobody got time to review no books now.

First off, shout out to Subterranean Press for their usual high standard of production on The Best of Nancy Kress. I doubt I would have bought this if it were just an ordinary collection in a bookstore—I like Kress, but I don’t like her that much. But Subterranean Press only gives you the best. The endpapers on this thing have this cool quilted texture going on …

Nancy Kress is a writer with a lot of fascinating ideas. I’ve sometimes been critical of her characters and her plotting, but at the end of the day, she writes great science fiction. Her focus on near-future advances in medicine and biotechnology really intrigue me. Biology is the “squishy” science, and so, science fiction with biological nova often seems to be treated like softer SF than science fiction with flashy physics conceits. Nevertheless, sometimes Kress’ stories often seem like the hardest and most realistic science fiction out there.

I won’t go story-by-story here. A few general comments, first. I like the author afterwords. I prefer afterwords to forewords, because then I get to read the story without any preconceptions. Kress keeps her afterwords short, which is a mixed blessing. Some of the stories are self-evident. Others are provocative, and I could have sat down with her for a long conversation afterwards. Similarly, Kress nails it in her introduction when she says, “I think that stories are usually good in parts” and explains that “the stories in this book try to do different things”. The Best of Nancy Kress doesn’t mean that every story in this collection is amazing, for your particular definition of amazing; nor does it mean you will enjoy every single one (I certainly didn’t). But this is the best Nancy Kress has to offer (within the limitations of space), and boy, is it an impressive selection.

The collection opens with “And Wild For to Hold”, a story about stealing Anne Boleyn out of time. It is bonkers, in such a compassionate way. It’s time travel, yet it’s not; it’s a story of love and deceit; yet it’s not. I don’t actually know if I liked it (I get this a lot with time travel stories), but I was moved by it. Kress basically sits down and explains how Anne would react if she were kidnapped by “demons”, demonstrating, in the process, that it doesn’t matter whether you understand the technology around you: if you find the right fulcrum, you can still bend the world to your will.

I was surprised by how much I liked “Dancing on Air”, given that I’m not all that fascinated by ballet or professional dancing. Yet this is parallel to more commonly-discussed issues like doping in sports: as science improves our ability to enhance the abilities of athletes and performers, where do we start drawing lines? I love how Kress portrays the dog in this story, using simple sentence structures to remind us that his intelligence is limited compared to the human characters. It’s really well done.

“The Price of Oranges” is another good use of time travel, this case in the form of a stable wormhole (aka a time closet) to explore differences in generations.

I’d already read “Shiva in Shadow” elsewhere (don’t remember quite where), and it is just as good a second time around. I love the idea of a science mission to Sagittarius A* and the use of “analogues” to explore nearer to the black hole. Also, there’s a lot of commentary on gender roles going on, some of which I have mixed feelings about. As captain, Tirzah acts as both a surrogate mother and a sexual partner to Ajit and Kane. And Kress doesn’t seem to interrogate critically these dual expectations. The idea that women who sleep with men should also have to nurture them and “manage” their fragile egos seems to me to be a symptom of patriarchy rather than a clever response to it. Indeed, Kress is really good at diverse representations in her fiction, but some of her conceptions of gender feel very binary and biologically-determined. This comes up in many of her stories, not just this one.

Overall, The Best of Nancy Kress is a beautiful collection of Kress’ stories. It was a great thing to crack open in the summer, to delve into once or twice a day, time permitting. I wouldn’t say any of the stories particularly changed my appreciation for Kress, none of them stood out to me as a story that stopped me in my tracks. But the collection, as a whole, has reminded me how much I enjoy Kress’ ideas, and the time she puts into crafting believable societies that result from them. 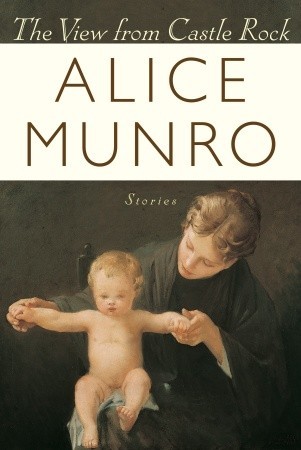