AND ANOTHER THING... by Eoin Colfer ★ | Kara.Reviews
Start End

There are some great moments in this book, moments worthy of quotation. There is tea; there are gods; there is Vogon bureaucracy and Vogon poetry. And Another Thing... sublimely embraces the h2g2 universe by grabbing hold of it by the scruff of its neck and shaking it vigorously until more characters and random plot events fall out.

See, h2g2's humorous nexus of improbable events with zany characters is the icing on an already delicious cake. My attraction to The Hitchhiker's Guide to the Galaxy and its sequels revolves entirely around Arthur Dent and his plight as one of the last two surviving humans in the universe. The book is successful because Douglas Adams juxtaposes his profound, dry, British wit with the tragedy of Arthur's situation, both the loss of Earth and his doomed love story with Trillian, then Fenchurch. It makes you laugh, because if you do not, then you will cry.

And Another Thing... is not an anomaly among the other books in this regard. Though it has been years since I've read it, Mostly Harmless also has a problem balancing story with humour, which is why I like my omnibus of the first four books just the way it is. And Another Thing..., picking up as it does just after Mostly Harmless, emulates its immediate predecessor too much for my liking. It is, sadly, a shell of an h2g2 novel.

The personalities of most of the characters were grating. I did not like the appearance of Wowbagger the Infinitely Prolonged, nor did I particularly enjoy the animosity between Trillian and Random. Even Arthur, poor, lovable Arthur, can't manage to put much enthusiasm into being upset about the state of affairs. He is much too jaded now; no longer the uninitiated last man from Earth, Arthur has reached the same point I have in this series. We both just want it to stop, even though we know it won't.

As I mentioned above, there are some great moments. Some of them are funny, such as when Zaphod's second head—which now controls the Heart of Gold's computer in lieu of Eddie—chides Arthur's drinking habits:

"I don't suppose this computer has learned to make tea?"

A red light flashed on Left Brain's dome. "Stop talking now, Earthman. The word 'tea' has been flagged. The last time you asked for 'tea', you backed up the entire system during an alert."

This is a hilarious reference to the last time Arthur asked for a cup of tea from Eddie the computer and froze all of Eddie's logic circuits. Unfortunately, references to the halcyon days of h2g2 are about all this book can muster. And Another Thing... just tries too hard, something demonstrated aptly by the excerpts from the Guide.

I'm not about to accuse any part of this book of being particularly inspired, but the excerpts from the Guide are even more forced than the rest of the book. They attempt to replicate that atmosphere of randomness, that sense of tangents and digressions, that is characteristic of earlier h2g2 books. And they fail at that attempt, because the entries are often too unrelated to what's going on. They seem present only because they are an expected part of the h2g2 novel form, not because they actually work at that juncture. The beauty of h2g2 books is that, despite their disparate elements and interruptions, I always want to keep on reading. I had no such impetus here.

Hopefully you will have noticed that, until now, I have refrained from comparing Colfer to Adams. I have my reasons for this; while I'm ambivalent about this series being continued by another author, I'm not opposed to it in principle. Furthermore, h2g2 has always had a tradition of transformation. So I am willing to keep an open mind. Colfer's style is quite different from that of Adams, and I think that is part of the reason this book does not resonate as an "h2g2 book" like the others do. Nevertheless, I cannot blame solely Colfer for And Another Thing...'s problems. The series was in decline with Mostly Harmless, if not before that.

And Another Thing... is probably described best by its title: this is a postscript, a footnote to the rest of the series, and something I will probably leave forgotten. When I need my h2g2 fix, I'll grab my omnibus from the shelf and read one of the first four books. For all you hoopy froods out there, my recommendation is to read this one—for you should form your own opinion—but do not expect greatness, or even adequacy. For the rest of you, don't bother with this book (at least not yet). Besides, you probably don't know where your towel is, do you? That's what I thought. 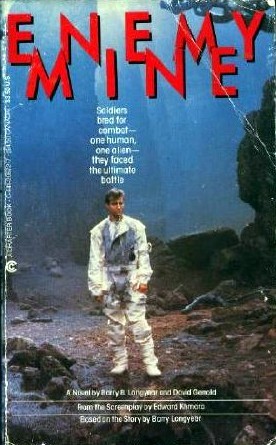 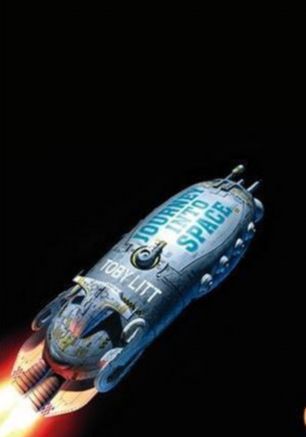