THE HITCHHIKER'S GUIDE TO THE GALAXY by Douglas Adams ★★★★★ | Kara.Reviews
Start End

H2g2 was one of the formative books of my youth (I say this now, when I'm only 18, but I read it long ago). It was one of the first science fiction novels I read, and definitely my first taste of Douglas Adams and British quirkiness.

The thing you have to get about h2g2 is that it's not enough to suspend your disbelief. You need to have it surgically removed, then seal it in an airtight box, ship the box overseas to Germany (use FedEx), and bury the box in an abandoned mine (alternatively, if you live in Germany, ship it to Australia).

The book begins with the end of the world, which is naturally an excellent way to begin any story. In fact it's almost becoming cliche now. However, at the time Douglas Adams was doing it, it was just what you did to make money working for the BBC.

Arthur Dent is the lovable everyman with whom we can sympathize (and sometimes yell at for being such a dense clod). He is not a knight in shining armour, nor is he the renegade anti-hero we are so used to seeing in action films these days. He's British. He's middle-class. His home and planet have been demolished all in one day. You'd think the universe would cut him some slack, but no....

What really appeals to me about h2g2, however, is the fact that it is so readable. I take it with me whenever I travel (which isn't very often), because I always know I will enjoy it. And as I get older, there are new dimensions for me to appreciate. At first glance, the situations in the book seem absurd and infinitely improbable. Yet if you think about it long enough, you will realize that they are in fact what goes on in real life here on mostly harmless Earth. The universe of h2g2 is a microcosmic representation of our own society's bureaucratic fallacies, beginning with the demolition of one man's house and working its way up to the poignant irony that Earth is a computer built to find the Ultimate Question to Life, the Universe, and Everything.

The fact that the entire series is about the search for the question, and not the answer, which the book happily reveals to all of us, is a timeless metaphor for human existence. It doesn't matter whether you read this in the '80s, '90s, now, or in the future. We spend so much time searching for an answer, for the "meaning," that we often forget to simply enjoy the search itself. We forget for what we're searching--we're searching for an "answer", but to what? What do we expect to find? H2g2 conveys this unoriginal thought in a very original and fun manner--the Earth gets destroyed, naturally, then mice claim that they ordered it custom-made from a planet-building society, and ... well, Arthur doesn't get much of a rest from there on in.

So far I've only really explored the first book, and the overarching concepts of the series. What about the other books? Each has its merits, although unquestionably the first book is the best. Restaurant at the End of the Universe has the tastiest quotation of the entire series, right at the beginning, so cool that many just attribute it to the series itself. Life, the Universe, and Everything lives up to its name by positing interesting "facts" about the nature of the universe, physics, time travel, and sofas. So Long, and Thanks for all the Fish has the pithy God's Final Message to His Creation, which is really the epitome of bureaucratic rhetoric.

I didn't really like Mostly Harmless. I'm sorry, but it was depressing. I think that at that point, Adams had been doing h2g2 so long that it was no longer a burst of creative genius but an arduous struggle to write something new out of something so well done already. The absurdity of the original two books, which adapted material from the original radio series, was replaced by a more rigid, formulaic absurdity, and that just isn't as fun.

Still, h2g2 is an amazing and timeless series. With so many incarnations, so much different material and conflicting continuities, it is not a "book" or a "story" but a phenomenon unto itself. Few series, no matter how popular, can make that claim. And thanks to Douglas Adams, I always know where my towel is. 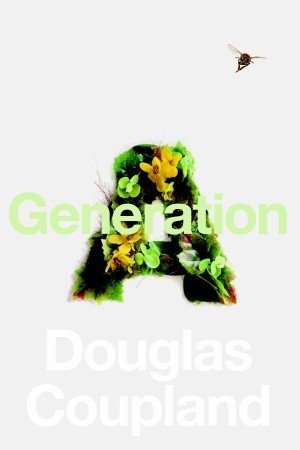