My review of Flannery has been pre-empted because as I write this I’m out of town (a rare occurrence). Rather than try to write that review without referring to the book for the choicest tidbits, I might as well review Anansi Boys, which I read during the combined three hours of flights I had on Tuesday evening. I previously read this book a while ago, but like many of Neil Gaiman’s novels, it was before Goodreads, so I’m re-reading them slowly (and savouring them).

It’s strange seeing this listed as “American Gods #2” on Goodreads. I mean, I get it—Mr. Nancy shows up in American Gods, albeit briefly, so the universes are somewhat connected. But I want to be clear: you do not need to read American Gods to read this book, or vice versa. Obviously you should read both, because they are both excellent novels … but the order in which you read them isn’t that important.

This reminds me somewhat of a Doctor Who story. Firstly, there is the whole obsession with story itself and the elements of myth-building and storytelling as having power. Secondly, Mr. Nancy has many similarities to the Doctor, who himself is often seen as a god-like figure, a wanderer, and perhaps even a Trickster. Much of the fun in reading this story comes from trying to puzzle out just how much Mr. Nancy is interfering (you didn’t really believe he was dead, even for a minute, did you?). This reminds me of how the Doctor often takes a back seat in the stories, sometimes to the point of faking his death or disappearance like Mr. Nancy, but subtly (or not so subtly) nudges other characters into the role of protagonist.

And that’s really, basically, what Anansi Boys is all about. Fat Charlie has kind of sleepwalked through life, and now with his father dead and his stranger brother showing up to ruin everything, he suddenly finds that he needs to act. He and his brother become proxies in Anansi’s tricksy little war with Tiger. But on a more personal level, it’s really just all about Fat Charlie coming to terms with himself, finding himself, finally shedding the metaphorical weight he put on in adolescence. Gaiman very much depicts Mr. Nancy not as a “good” father or “good” man but as the kind of being who wants to do right by his sons but just doesn’t always know how. So often, the obligations of gods and humans clash, and what is just or moral for us is not always so clear-cut for those with greater “power.”

Fat Charlie isn’t necessarily an easy protagonist to like. He bumbles. He’s a bumbler. He has a kind of sponginess to him, and is a bit whiny—or at least, he starts that way. I’d argue that watching Fat Charlie grow is another one of the joys of Anansi Boys; I love seeing him turn from whiner to confident hero. Many of the supporting cast get similar development. Unlike American Gods, this is truly an “ensemble cast” novel, very reminiscent of Good Omens.

Indeed, the whimsical tone of the story bears more in common with that Pratchett collaboration than with the other novel featuring Mr. Nancy. This is ultimately a somewhat silly novel, and that suits the story. Everything from the ferret-like Grahame Coats and his “absa-tively” to the goofiness of Saint Andrews, its inhabitants, and their obsession with Fat Charlie’s lime, just creates that kind of situation where you’re always on the verge of giggling while you read, even if you never quite burst out loud laughing. Gaiman is at his best when he has a diverse cast of characters, each one interesting in their own peculiarities. Eventually you realize that each little witticism sums to a much deeper reflection on the ways in which we navigate through these strange lives of ours.

Anansi Boys might be silly, but there are still serious moments. There are epiphanies. This story doesn’t have the masterpiece feel that American Gods has for me, but it still feels so satisfying to read. I’m really glad I chose it for my airplane read, because there was never a dull moment where I thought, "Ugh, can we just get on with it?” Gaiman’s stories are the kind that linger but seldom over-stay their welcome. 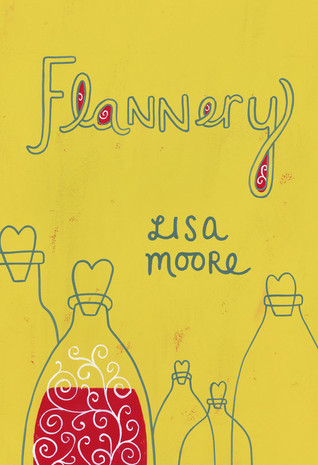