Much of my young adult reading this year has been on the … intense … side. Lots of stories about what teenagers, and particularly young girls, go through. So it was with some relief that I discovered Flannery. I don’t want to give the impression that this is a fluffy book devoid of important themes. Our eponymous protagonist has to deal with an immature mother whose impulsive spending means they might not make rent. She has a crush on a childhood friend who has his own problems, and whose unreliability has left her working solo on their entrepreneurship class partnership. And her best friend is slipping away from her under the bad influence of the new boyfriend. Yet in the midst of these issues Lisa Moore brings us humour and compassion.

I received an ARC of Flannery from Groundwood Books, and I have been a bit remiss in reading it before its publication date (it came out at the beginning of May). I’d like to think, however, that what I lack in punctuality I shall make up for in enthusiasm for this book, because I really liked it. You too can send me free books that I may or may not like but will certainly review (maybe even on time for once).

This is the kind of book that wins you over because of the main character’s voice. For example, Flannery confesses to us that, “I’ve had the school glockenspiel hidden under my bed since I quit band in grade five…. It took me so long to return the glockenspiel that after a while I was afraid to return it at all. It lives under my bed, silent in a glockenspiel coffin, a heavy, velvet-lined box of guilt….” Flannery takes the reader completely and utterly into her confidence, sharing with us her darkest secrets, deepest regrets, and most fervent dreams. Moore captures the earnestness of a sixteen-year-old girl with this voice while avoiding making Flannery come off too generic. In no time flat, we have a good sense of her personality. She is fiercely independent, because she has learned she can’t rely on her mom, but she can also be impulsive. She wants to do well, but issues of money and time and family weigh on her in ways they shouldn’t at her age.

Beyond the main character, the book offers so much more in the way of humour and compassion. As a teacher, I had to giggle (in a kind of “oh my god” kind of way) at Mr. Payne’s use of a laser pointer. Pretty sure shining a laser pointer at students’ foreheads is a good way to get in trouble, whether or not you actually manage to blind someone. Let’s not even start on Mr. Green’s headlocks. Newfoundland has quite the … interesting … educational system.

I say “compassion” in addition to humour because these two ideas form the emotional core of Flannery. As an example, consider one of the most serious events in the book, where several of Flannery’s peers attack her in the school parking lot and nearly make her swallow the contents of a used condom. Only the timely intervention of the school secretary, a character who might otherwise be considered chaotic neutral at best, saves Flannery from a fate both gross and, potentially, seriously harmful. I remember thinking at the time that this scene was so jarring compared to the overall tone of the book, which always acknowledged the presence of terrible moments but had, so far, declined to actually depict many.

Compassion is an important mediator for how Flannery relates to the other characters as well. Her brother Felix antagonizes her in typical six-year-old-boy ways. There were times when I was so angry with her mother Miranda, but Moore also puts Flannery in positions where she, and by extension we, must empathize with Miranda’s situation. And then there’s Tyrone. I am so pleased with the way that Flannery’s romantic life works out in this story! Some YA is just so obvious about the arc that two characters’ relationship will take, so I’m always happy when the author chooses the less conventional paths. Tyrone’s behaviour, fleshed out by the details we learn about his home life, provides another data point in our understanding of Flannery’s world.

And then we have Amber … oh, Amber.

This was the subplot that really got to me. The way that Amber and Flannery drift apart is tragic enough, especially because it feels so realistic. There is nothing melodramatic about this, and I imagine that many teenagers reading this book will feel some pangs as they see this rift occur. I love the ending; without spoilers, can I just say that I love the Moore does not want to give us easy outs? She commits to delivering us doses of reality even amidst all the weird and zany events this novel serves up, yet somehow it just all works. That climactic moment when Flannery discovers the depths to which Amber has been betrayed by her boyfriend … man, that’s a sucker punch right to the gut. And again, Moore draws on some very topical behaviour that is happening all too often among teenagers right now.

Flannery prompted me to finally create a new shelf on Goodreads: teachable texts. I’ve been talking a lot about books I am teaching, have taught, or would teach given the right circumstances. This book definitely falls into that last category. I’m not so sure I’d choose it for my current students (adults), but I’d love to teach it in a high school class, or put it on a list of novels for students to select for an independent study. While not a long or overly complicated book, there is just so much of note happening here, that it is a rich and thought-provoking story nonetheless.

Perhaps the only real downside is the way that Moore eschews quotation marks for dialogue. Longtime readers of my review know that this is a huge literary turn-off for me, to the point where I have discarded entire books for committing this sin. Granted, this book’s style is not otherwise opaque or hard to follow, so in this case the absence of quotation marks is more bearable. But I just want to emphasize that I still love Flannery despite its treachery in this instance, and I want you to understand how monumental that is for me. 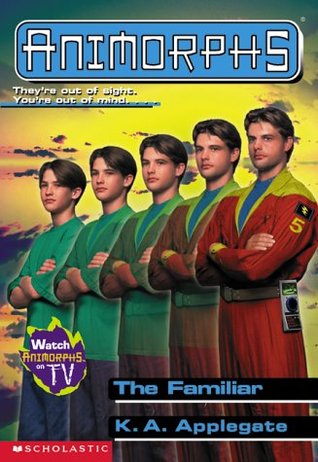