High time I read more nineteenth-century fiction! This summer I tackled Agnes Grey, Anne Brontë’s first novel. I knew that I had read The Tenant of Wildfell Hall prior to the pandemic and my transition, but wow—I didn’t expect it to be five years ago! How time passes quickly. It’s difficult to compare these novels given that they are quite different in their goals. Nevertheless, I think it’s fair to say that The Tenant of Wildfell Hall is a superior work of fiction overall, but Agnes Grey has a lot of heart to its storytelling.

Our eponymous heroine is the daughter of a clergyman who, because of his failing health, can no longer support his wife and two daughters. As Agnes comes of age, her prospects for marriage are slight (the introduction to this edition explains that, during the time Brontë was writing, eligible women outnumbered eligible men in England by a considerable margin, causing somewhat of a crisis!). She fixes on being a governess so as to earn money for herself and her family. This is easier said than done, however. Even after Agnes obtains a situation, she finds her charges very difficult to wrangle. The novel relates, from Agnes’s perspective, her time with the Bloomfield and then the Murray families. As Agnes struggles to find the respect and fulfilment she believes due to her as a governess, she also observes the lives of those around her. In this way, Brontë creates a delicate portrait of a slice of English life in the early nineteenth century.

Let me tell you: this novel was giving me flashbacks to my own two years teaching English schoolchildren! Agnes complains about the intractability of two or three children—try thirty! Nevertheless, I found her a likeable protagonist especially with her flaws. A story of a super-governess might make for a good musical, but a governess who struggles to manage the children in her care makes for a far more interesting story.

It’s tempting to read into this book much of Brontë’s own experiences, and indeed, the introduction does just that. Brontë worked as a governess for a time. Much like Agnes, Anne was at times treated like the baby of the family. While some of these similarities are undeniable, I think it is also important to read the work as a far broader attempt to chronicle the experiences of a young Englishwoman of a certain social standing.

Much of the narration is incredibly descriptive in style: Agnes will spend the majority of a chapter painting us a picture of the faults of the children in her care or relating a specific event she witnessed. Despite this, Agnes also has a fair amount of agency in her story. When she realizes that she is more of an erstwhile companion to the Murray children than a true governess, she seems to relax and decides to make the most of the situation. This includes doing things like visiting elderly people in the village and salivating over the new curate, Mr. Weston. We get to witness Agnes’s disappointment at feeling of the same social standing (or nearly so) with her charges, yet she is treated as a servant.

The ending comes upon us suddenly and wraps things up rather neatly. This is another area wherein Brontë shows her relative inexperience as a writer. Yet she makes up for this in the quality of feeling she puts into Agnes Grey. This is a book about teenage and new adult angst. It’s about not fitting in, feeling adrift. There’s probably even an argument to be made that Agnes is neurodivergent, though it’s difficult to ascribe that to fictional characters from the nineteenth century. For all these reasons, I enjoyed this novel and would recommend it to Brontë fans or indeed anyone looking to get into early Victorian literature. 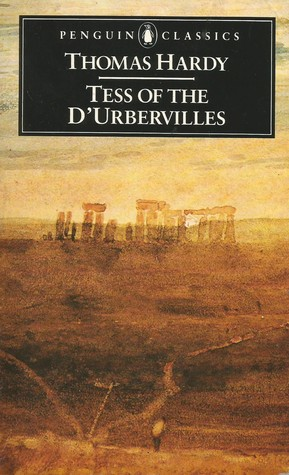