Some stories are so popular they have permeated culture to the point where almost everyone knows them, even if they haven’t so much as glanced at the source material. Such is the case with A Christmas Carol, which has inspired numerous adaptations in every medium imaginable. As a result, Ebeneezer Scrooge is a household name, and the basic plot of A Christmas Carol is a familiar one. The source material, however, is well worth the read. Charles Dickens tells the story with his usual skill for setting and characterization. In his hands, the redemption of Scrooge really does become a Christmas miracle.

I confess I find the idea of dedicating the end of the year to a binge on good cheer somewhat hypocritical. Shouldn’t we just be good to people all year long? Scrooge, however, makes any twinges of misanthropy on my part look statistically insignificant. As the fact that his surname has become synonymous with his catchphrase, “Bah! Humbug!” attests, Scrooge is the ultimate antidote to Christmas cheer. For Dickens, he is also a caricature of the cold-hearted, supercilious Victorian businessman who is unwilling to give succour to the poor. Yes—you didn’t think Dickens would write a book without championing the downtrodden working, did you? I love this line uttered by Marley’s ghost:

I don’t believe in the afterlife. There is no promise, for me, of an eternity in heaven or hell. Some might suggest this leaves me less motivated to do good works—after all, I labour under no fear of eternal damnation, no hope of eternal paradise. I choose to look at it differently: this is all I get, so I better make the most of it. Nevertheless, I still find Dickens’ imagery compelling, and the message behind it equally so: Scrooge has forged the chains himself; they are of his own making. It is our actions by which we are judged (if not by a higher power, then certainly by other people), not our wealth or acumen or even, sad to say, our intentions.

And for Scrooge, Dickens, and his contemporary audience, the idea of Scrooge’s glimpse at his afterlife—and the ghostly visitations that follow—certainly have an impact. A Christmas Carol is not religious in any strict sense. Dickens doesn’t name-check God, Jesus, or the angels. This isn’t about honouring the birth of the Saviour so much as instilling in Scrooge the value of Christmas spirit and, consequently, of being nice to people. While Dickens doesn’t overtly involve the Christian mythos, however, spiritualism and mysticism play a large role. Scrooge is, quite literally, scared into being nicer.

As a narrative device, the visitations of the three spirits works extremely well. They split this novella into three clear episodes, each of which show Scrooge’s progression from curmudgeon to reformed man.

The first ghost, of Christmas Past, provides context, showing how Scrooge grew from a lonely boy into a man who chooses money and business over the love of his life. Here, Dickens criticizes the Victorian “sensibilities” that have supplanted to the Romantic idealism of the previous century. He challenges the reader to entertain, for a moment, what Scrooge’s life might have been like had Scrooge chosen Belle, teasing us (and Scrooge) with a vision of her life with another man. The spirit shows Scrooge how the choices he made have brought him to this point.

The second ghost takes over from there, showing Scrooge how people regard him currently. Two major scenes dominate this section: the house of Bob Cratchit, Scrooge’s clerk; and the house of Scrooge’s nephew, who is entertaining some friends. In both cases, Scrooge observes examples of Christmas merriment, the type of unbelievable joy and warmth that can only come from family and friends celebrating together. Dickens works tirelessly to humanize the lower class, to show that even the poorest families can have noble spirits and celebrate in the same manner as the wealthiest of families. Despite their poverty and the ailment of Tiny Tim, the Cratchits seem to have an abundance of joy. Both parties also mention Scrooge at one point—unfavourably, of course—just to hammer home the point that he is not well-liked and is the antithesis of the happy moments they are now enjoying. Scrooge’s reconsideration of his attitude is most evident when he begs the spirit for a glimpse of Tiny Tim’s fate. Suddenly the child he would have consigned to death as “surplus population” seems so important to him!

The final ghost is supposed to be the most terrifying. Whereas the other two spirits were communicative, this ghost is a glorified tour guide. Oppressively silent and cowled, this ghost leads Scrooge into the future—or, at least, a possible future—one where he has died and no one is bothered. The final tally is taken, and Scrooge’s life—all that he has striven for—is worth, what? Some sheets? Some bad memories? Once again, Dickens’ message sneaks through: money isn’t worth it unless you have people to share it with, people who will benefit from you while you are alive and when you are gone.

Scrooge’s redemption in so short a period of time, given how much of a curmudgeon Dickens portrays him as at first, is truly miraculous. I like to think it’s because, deep down, there is a tiny part of Scrooge that knows he should be nicer, should be more humane. All the spirits are doing is talking to this part, giving it voice. And is there really any doubt what the outcome of this book will be? A Christmas Carol isn’t compelling because of suspense; it’s compelling because of the way in which Dickens illustrates Scrooge’s arc. Moreover, in terms of its status as a perennial classic, there seems to be something about this book that makes it easy to adapt (the same can be said for Shakespeare’s plays). Scrooge’s story can be transposed into virtually any setting, from ancient times to the present day, and retold to the delight of any audience. This is what makes it endure, despite the gulf between Dickens’ contemporary Victorian audience and the audience of today.

Dickens has never been afraid to pontificate in his other books, and A Christmas Carol is no exception. In this case, however, he can wrap it in the seasonal setting of spreading the Christmas spirit. The result is something rather beautiful. On one hand, this yet another treatise from Dickens on the inequities of the Victorian class system. On the other hand, it’s a cautionary tale of how our choices and our actions determine how we will be judged—in this life, and in the next. The caution comes with a potent reminder, one of hope: it’s not too late to make amends. 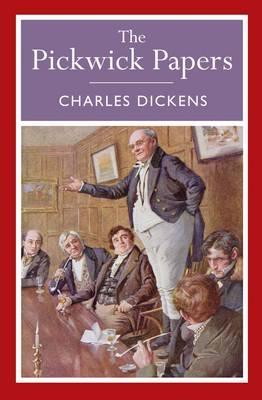