My first fantasy experience, and what sparked my love of fantasy, was The Belgariad by David Eddings. Since I've matured (that was in grade seven), I've come to realize that much of epic fantasy is, in fact, fairly formula-dry stuff. Not that there's anything wrong with that.

Most of Wizard's First Rule is predictable if you are familiar with the genre. In the first part of the book, combined with a terrible amount of dialogue exposition, this is almost unbearable. It gets better toward the end though. By that time, the exposition decreases, replaced by rather clumsy foreshadowing.

Much of the story is fairly enjoyable, if you do recognize that it is ploddingly predictable and instead focus on having fun. The main character, Richard Cypher, is an idiot. I love it when the main character is a victim of Plot Induced Stupidity; this seems to happen to Richard every second chapter in one form or another. I love this, almost as much as I love a main character who is competent. His powers as a the Seeker, this series' "Chosen One" champion, are inimical to his own psyche and even limit themselves based on his convictions. This seems to be part of Goodkind's message throughout the novel, which is that tools (i.e., magic) are neither inherently good nor bad. People use them for good or bad ends.

Once again, the gods who created this poor, forsaken universe had the sheer malevolence to create an artifact (in this case, the three boxes of Orden) that could do one of three things to the person who opened them: a) Give them power over everything in the universe b) Kill them or c) Destroy the entire universe. When will gods learn that leaving these sorts of things around is incredibly stupid?

I read up on Goodkind before I started reading this book--my coworker has been rereading them over the summer, and she convinced me to try them, even though I'm sure I had passed them up for some reason or another. The later books, apparently, are merely thinly-veiled treatises on Ayn Rand's Objectivism. Inklings of such viewpoints are present in this book. They don't interfere too much with the plot--they certainly guide Richard's actions, but overall his actions are pretty much consistent with the "save the world" mentality that seems to come over those determined to save the world. The worst manifestation of philosophical dogma comes with much of the dialogue, especially in the first part of the novel.

Goodkind claims not to be a fantasy author, that he just uses fantasy to tell tales of humanity. Well guess what? That makes you a frelling fantasy author! And most fantasy authors manage to cloak their philosophical viewpoints better--they show, not tell through lots of dialogue.

I may seem harsh toward the end of this review. Honestly, Wizard's First Rule is a good book. If you like fantasy, you would probably enjoy it. If you like fantasy that acts as a vehicle for more profound themes, then you'd probably read into this book as much as Goodkinds wants--whether you disagree with his viewpoint or not is totally up to you. It won't change the fact that this is not an excellent book--excellent books are good regardless of whether or not you agree with their philosophy. 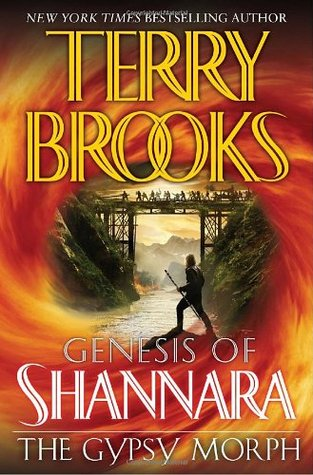