Sometimes I think I’m getting old when I start to complain about the number of characters in a book and how hard it is to keep all the plots in my head! I’m starting here because that’s my major issue with When Jackals Storm the Walls, the fifth book of The Song of the Shattered Sands. For what it’s worth, Bradley P. Beaulieu is starting to bring all these various characters and plots together in preparation for what is hopefully a grand finale. So there’s that. But wow, this fantasy series is stretching my level of commitment….

Çeda has succeeded in freeing the asirim, but she has also lost her patron goddess, Nalamae. The 12 Kings of Sharakhai are dead or fled their city for the desert. These two forces will need to form an unlikely alliance to take on Meryam, who is now ruling Sharakhai and studying the mysterious crystal in the cavern beneath it. Meanwhile, other supernatural forces vie for power and position as the gods descend upon the city for a climactic culmination of their centuries-old plan.

It’s a good plan, too. And the way that different characters learn about it and then try to exploit it for their own ends? That’s neat. One of Beaulieu’s most obvious and useful talents as a writer, I think, is how he isn’t afraid to take his plots off into different directions than the most predictable. That is to say, he doesn’t mind detouring us before getting back on track if that’s going to bring us some more fulfillment. We see this in the subplots involving Hamid and Emre or Davud and Esmeray. As much as I groused in my introduction, if Beaulieu had indeed simplified things to satisfy readers like me, I have no doubt this series would have lost some of its enjoyment. He has succeeded at that lofty goal of creating an entire world out of whole cloth, and that’s why this series has enduring appeal for me.

This book is probably the least Çeda-focused so far, though, so a heads up there. I’ve complimented Beaulieu in the past for how he has been able to remain focused on her story even as he introduces more layers. So I wanted to remark when that changed—Çeda definitely plays an important role in this story, but so too do many of the supporting cast. Indeed, the prologue/epilogue might shore up a claim that When Jackals Storm the Walls is actually Meryam’s book if it’s anyone’s. We get more insight into her character, her backstory, than we have before, and we start to understand the origin of her hunger for power.

Had Beaulieu chosen, I think with a few tweaks the series could have finished with this book. But I believe the next book will indeed be the conclusion, and I am ready for it. I have enjoyed this series a great deal, but it’s also clear when a story is coming to a close. I’m excited to see how Beaulieu finishes off this story and what happens to my favourite (and maybe my not-so-favourite) characters. 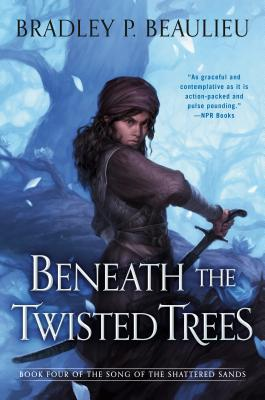 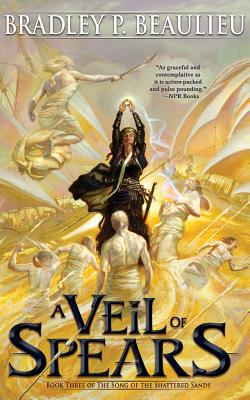 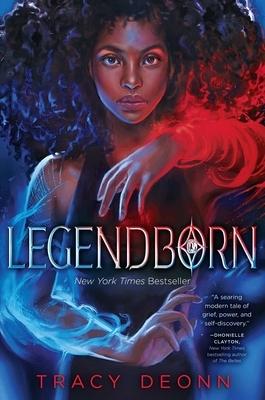