Nanotechnology is to contemporary society what space flight was to the society of the ’50s and ’60s—achievable but not quite viable yet. And just as space flight inspired some of the ’50s and ’60s most chilling sci-fi horror stories, nanotechnology serves the same role in the 2000s. Alas, while M.M. Buckner’s Watermind has an intriguing concept, it fails to deliver anything resembling a good story.

The eponymous Watermind is a semi-sentient, self-emergent neural net that evolved from discarded electronic components washing down the Mississippi River. It's a cool concept; Buckner gets definite points for it. This is the ultimate in “environmental” artificial intelligence—although as the main character points out, it's not very artificial, since it evolved naturally. The Watermind, unlike the disembodied and abstract villain Skynet, exists as a physical slyph-like being, the Mississippi monster who's actually misunderstood.

That's where Watermind drags, unfortunately. Buckner can’t sustain a Hollywood-monster-movie-style narrative, nor does she manage to create solid characters. None of her characters are three-dimensional. Some are two-dimensional, but most are one-dimensional caricatures introduced in an offhand way designed to let us know they’re supposed to be caricatures. There’s religious nuts, evil businessmen, and of course, all white people are out to get the Hispanic people and vice versa. Can’t be having any morally ambiguous characters here!

The protagonist, CJ Reilly, isn’t particularly likable. And Buckner seems to be obsessed with hormones. Reilly, supposedly an MIT-dropout genius with a trust fund, spends most of the book acting like a spoiled brat, and the rest of it acting like an idiot. She flouts scientific procedure and then cries foul when things don't go her way. She has a lover devoted to her—for reasons I never quite understood, except the sex must have been awesome—yet she uses him when she needs his help and then disregards him otherwise.

Granted, Reilly owns up to this last fact, and Buckner seems to be striving for a flawed heroine here. Toward the end of the book, Reilly thinks Max is dead and attempts to avenge his death—and redeem herself—but it just falls flat because I have absolutely no sympathy for her. Throughout the book, she addresses her dead father and we’re given to understand that her relationship with her parents had been strained. I didn’t quite follow what happened to her mother, who seems to have shared her name.

Flat characters aside, the other downfall is Buckner’s writing. She attempts to convey the scope and majesty of the technological wonders inherent in the independent evolution of nanotechnological life. Unfortunately, it misses the mark and instead feels stilted. Awkward phrases like “her body exuded sexual chemistry” and “his mind went flaccid” made me feel like I was reading Twilight all over again. Buckner tends to go on at length about the intricate process by which the Watermind develops, but these scientific asides don't ameliorate the actual story.

Thus, while Watermind originates from a very nice idea, its execution fails to live up to the idea's merits. And even if your opinion of it isn't quite as severe as mine, I fail to see how it could ever live up to the hype printed on its dustjacket, with blurbs from the likes of Ben Bova, C.J. Cherryh, and Robert J. Sawyer. In fact, why read blurbs by those people? Go read one of their books instead of Watermind. 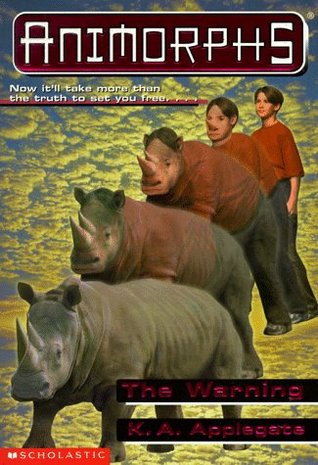