Trumpet is the August pick for the Banging Book Club, an online, tweet-fuelled read of books about sex and sexuality hosted by Hannah Witton, Leena Norms, and Lucy Moon. This is a nice change of pace after a few months of non-fiction books. All of the fiction books so far have been excellent but in such different ways. The two previous novels (Asking For It and All the Rage) had similar topics but very different narrative and thematic approaches; each broke my heart, though. Trumpet is quite different in both topic and tone. It is Jackie Kay’s only novel, and her reputation for her poetry is understandable given the lyrical lilt of Trumpet. This is a complex and moving book, not so much outraging or heartwrenching as the other two Banging Book Club novels, but certainly just as emotional. Trigger warning, for the book and this review, with regards to transphobia and transphobic language. I can’t speak for how trans people will react to reading this; I think this book is a very interesting and eye-opening read for cisgender people who might not otherwise have questioned how they talk about and think about trans people, especially trans people who get “outed”.

I love the different perspectives in this. It’s so easy to write one-dimensional characters, especially when dealing with hatred like transphobia. Kay’s depiction is much more nuanced, balancing the influence of society with each character’s personality. Many characters who don’t interact with Joss directly or know him personally treat the revelation that he is transgender as an anomaly in their otherwise orderly life: the doctor has to correct a death certificate; the undertaker ponders how he could have mistaken the body for male; the registrar laments the ugliness of the corrected certificate but ultimately takes pity on Millie and enters “Joss Moody” in the register rather than his birth name.

Trumpet is not a book of grandstanding, of intense dialogues and Picard speeches for or against trans rights. Yes, there are moments of confrontation, of accusation, of recrimination. By and large, though, this is a book of reflection and rumination. The moments in here are small and unguarded and therefore they seem much more honest. Take, for example, the undertaker’s reaction:

It had never happened to him before. He had never had a man turn into a woman before his very eyes. He felt it to be one of those defining moments in his life that he would be compelled to return to again and again.

I can understand his reaction. I imagine undertakers have a very interesting relationship with the nature of our embodiment. Kay captures some of this in her portrayal of him and his meditation on who people were before they come to him and how their personalities may or may not change after death. Confronted with the shell of Joss Moody, the undertaker has no understanding of who he was as a living person. He has only the physical archaeology to go on here. This is a deft way of commenting on the delicate balances that inform our identities. Biology may not determine or identities, gender or otherwise, but it certainly informs our behaviours and those of the people around us. Stripped of any other context, Joss’ biology is the only frame of reference the undertaker has.

The above quotation, and the undertaker’s chapter in general, also made me stop and think about the out-sized significance we place on gender performance and sex determination in our society. When you get right down to it, how often is your sex really an important factor in any given situation? So many forms, governmental or otherwise, want you to tick “M” or “F” so that they can crunch statistics and make assumptions about you. But humans are so diverse and so good at breaking out of boxes. Even in situations where it seems like biology should matter, there are better ways to take biology into account: when giving X-rays, perhaps “are you capable of getting pregnant?” rather than “are you a woman?” or “do you have testes?” when discussing testicular cancer awareness. Beyond mostly medical situations, though, a person’s sex should be largely irrelevant to how they move through the world. The fact that it isn’t, that we put so much emphasis on determining someone’s sex and remarking on when their sex doesn’t correspond with how they perform gender, is a shame.

The main characters reinforce and echo this, and their own relationships with their sex and gender colours their interpretations of Joss. Millie as a young woman struck me as being so confident in her own sexuality:

I have on a pale green slinky dress…. My dress shows my cleavage. I look sexy and my four brothers and Joss are all staring at me with similar expressions in their eyes.

It’s 1955 and she is forward and forthright and knows what she wants and that she looks good. I love it. And she so clearly loves Joss; it’s her level of self-possession that allows her to discard immediately the shock of Joss’ revelation and declare that it is a non-issue.

In contrast, Sophie’s obsession with Joss is far more voyeuristic; she serves as an avatar for the prurient curiosity we are now all familiar with thanks to social media (but this is 1997 so the web is a very different place):

What I want Colman Moody to find out is this: what made Joss Moody into a transvestite? What was the real reason for pretending she was a man? She is different, I’m quite sure, from other transvestites. Joss Moody only returned to being a woman in death. The rest of the time she dressed like a man, lived her life as a man, her own son believed her to be a man. No, this isn’t a straightforward tranny…. Was she just a perv or what? Which came first? What’s the story? How did she manage to pull it off?

Kay really captures the ignorance here: the idea that an event or series of events “turns” someone trans, similar to the idea that people get “turned” gay; the use of words like pretending to show that Sophie views Joss’ gender identity as a sham; the use of such loaded words like tranny and perv; and the idea that Joss has to “pull it off” as if being trans is some kind of magic trick.

I find Sophie so interesting because she seems like she should be a one-dimensional character: she is shallow, amoral, caring only about the potential for profit and reputation from her collaboration with Colman. Yet she isn’t one-dimensional. Kay is careful to explore the motives that have made Sophie this way, from her inferiority complex in relation to her slimmer, more competent sister to her obsession with how people see her. The paragraph I quoted above ends with this:

I look at Sophie in the mirror. I pull my hair up and put some pins in. I look clever with myhair up. I knew I had it in me. Clever Sophie.

Yes, Sophie is narrating and talking about herself in the third person here. That’s the type of person she is. She is self-absorbed and offensive, but she is as much a product of our society as anyone else. When she thinks about how she is just using Colman to make a name for herself, she says:

Why should I have scruples when men have been using me for years? As long as it takes to make good copy. He’s playing the same game, isn’t he?

So in Sophie Kay gives us an example of a woman who “leans in” and thinks the best way to get ahead is to internalize the oppressiveness of the patriarchy. This is so sad yet entirely understandable, and it makes Sophie a sympathetic if, at times, annoying antagonist. Colman is absolutely right when he belatedly declares, “You wouldn’t know a moral if it slapped you in the face”. While Sophie’s stance towards Joss is transphobic, it’s a casual kind of transphobia born more of apathy than hatred. This is important, because this transphobia is more pernicious and probably more common than people who are openly out and about slurring trans people and committing hate crimes. It’s haters who launch the bathroom bills, but it’s the apathy that gets them passed.

And then we come to Colman. I want to call him my favourite character, but I feel like I’ve said that, maybe not in so many words, for Millie and Sophie. The character game in this book is just so strong, people! Anyway, in the beginning it seems like Colman is going to be a huge jackass. And it turns out … he really is a huge jackass. But he’s a huge jackass who loves his father. In particular, he continues to use masculine pronouns when referring to Joss, even going so far as to correct Sophie when she uses feminine pronouns. His attitude towards Joss is very proprietary and becomes even more so as the book progresses.

The rift between Colman and his father, it should be noted, existed prior to Joss’ death and is far more complicated than the fact that Joss was performing gender as a man. Colman, like most of us, is a complex bundle of issues: he is adopted, he is Black, he is nominally Scottish but doesn’t feel Scottish, etc. He has memories of his father that are variously happy, sad, and awkward, and if any of the latter were influenced by Joss being trans, none of the experiences are so strange that they wouldn’t happen with a cis father. Kay reminds us that there is seldom any one reason for the way we feel about or remember someone.

It’s not just what Trumpet includes that makes it so interesting as what Kay omits. We don’t get as complete an ending as one might like—in particular, I’m sure I’m not alone in yearning for that reconciliation scene between Colman and Millie, and I respect the hell out of Kay for denying us that easy resolution in favour of making us imagine it. We don’t learn exactly what transpires between Colman and Edith. And while Joss Moody is unquestionably the central character of this book, he remains in many ways a cipher. Although we do hear a little from him, thanks to flashbacks and letters posthumously read, for the most part he does not have a voice except through the reminiscences of the other characters. Trumpet, in this sense, is not so much about Joss’ experience as a biracial, trans musician as it is about other people’s grief and attempt to process the news that he was trans. This last part is obviously important; however, let’s not ignore the book’s wider themes on the difficulty of truly knowing someone and the fact that even after they are gone, your relationship with them goes on. 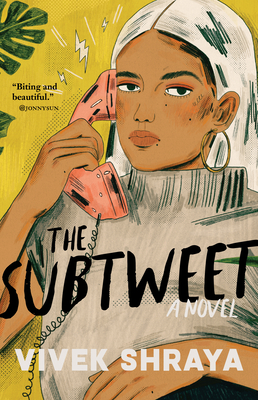 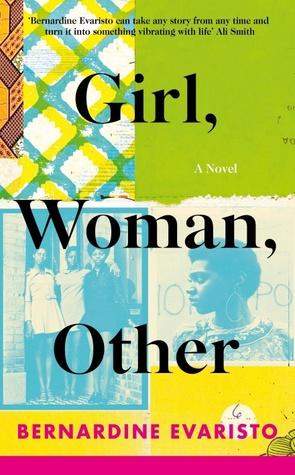