Eden Robinson has done it again. Trickster Drift picks up about a year after Son of a Trickster, and it’s everything I wanted in a sequel and then some. In particular, the book shifts more concretely into urban fantasy territory. Whereas Son of a Trickster was a slow burn towards pulling the veil back on the magical elements of the story, Trickster Drift is fairly upfront about it all. I love it. This kind of urban fantasy (as opposed to the more hardboiled, investigative/mystery urban fantasy that seems to predominate) is exactly what I need right now.

Spoilers for the first book but not this one. Trigger warnings in this book for discussions of alcoholism, suicide, and self-harm, as well as forced drinking of alcohol.

Jared has been sober for nearly a year when he moves to Vancouver. Having graduated high school early thanks to correspondence courses, Jared is almost eighteen and ready to attend technical school. He ends up living with his estranged aunt, Mave, and quickly finds himself in the midst of an extended family, all of whom have their own issues to deal with. Meanwhile, Jared is forced to explore his magical heritage even as his mother’s ex-boyfriend David re-enters Jared’s life as a stalker. The central question: will Jared embrace his magic, even if that means becoming something other than human, or can he turn away from it enough to forge his own path through life?

Eden Robinson taps into a trope I’ve occasionally seen in other fantasy novels: the more powerful a magical being you are, the less free will you have. “Powerless” humans are paradoxically the most free, for our limited perception of space-time collapses our options down to a manageable amount. Whereas supernatural and magical beings like ghosts and tricksters view the multiverse so differently, and much more mutably, and this surfeit of options actually ends up constraining their natures even more. In portraying beings of various types and levels of power, from witches like Sarah and Maggie to the “demimortals” like Wee’git and Jwa’sins, Robinson illustrates how the ability to use magic shapes the ways in which beings navigate their worldlines.

If deciding how/when to use or interact with magic were Jared’s only problem, then perhaps it wouldn’t be so bad. But Jared has more things on his mind. He’s in a new city, among an entirely new social group. And it’s really this story—the main story, actually—where Trickster Drift excels. Jared finds himself thrown into the midst of an extended family—some people related by blood, others by adoption, marriage, or simply the ties of time. Always ever a “nice guy,” buoyed by the calm and centred feeling that sobriety often lends him, Jared throws himself into being useful. He puts up shelves, cooks, babysits, etc., as a matter of course. He is deeply concerned with being a responsible young adult. It’s laudable and touching, even as we have to watch Jared contend with the awkwardness of interacting with her aunt’s friends, with fellow college students, with the resident ghost, and of course, with his stalker.

Jared’s sobriety was a turning point, part of the denouement in Son of a Trickster. Now it’s a major plot point in Trickster Drift. Although I don’t drink, I’ve also never drunk, never been drunk, so I don’t have much experience with what Jared has been through. So while I can’t really attest to how Robinson handles Jared’s struggles with sobriety and alcoholism, I’ll say that I really enjoyed the layers she presents to these challenges. From the day-drinkers in Jared’s hostel that he initially stays in when he arrives in Vancouver to the foil of his cousin Kota, also an alcoholic, Robinson reminds us that sobriety is a complicated process in our society, perhaps particularly for someone as young as Jared. His struggles are complex and nuanced rather than the type of generic or stereotypical problems we often see alcoholics face in fiction.

This is keenly highlighted when Jared faces off with David in a confrontation that ultimately forces him to use more magic than he had ever expected. Without going into too many spoilers, let me just say that this confrontation was incredibly tense and chilling. I enjoyed the entirety of how Robinson plays out the David subplot. As with the sobriety plot, it must be so tempting to lean towards bigger, more bombastic confrontations. Instead, Robinson reminds us that when it comes to stalking, it is about power. David wants Jared to feel powerless before he inflicts any more permanent damage. Jared fights hard not to feel powerless, even as he balances the risks of getting others involved.

A great deal of Trickster Drift revolves around issues of trust and consent. Who should Jared trust with his secrets and his problems? Whom can Jared count on to help him—with David, with magic, with school? How much can he trust the magical relatives and beings who keep interjecting themselves into his life? Perhaps the most helpful advice he receives comes from his (former) Nana Sophia, who warns Jared not to trust supernatural beings if he doesn’t know their motives. This proves terribly prescient as Trickster Drift barrels towards its climax, with Jared suddenly desperate for allies and unsure where he can turn. His choices are … not the best, albeit entirely understandable given the situation.

The result is one of the most intense and satisfying climaxes to a bildungsroman-style fantasy story that I’ve read in a while. Jared pays the price for his mistakes and good faith by enduring excruciating torture. The novel ends with a very satisfying resolution while still promising so much more to come in the third book of this trilogy, and I am Here For It.

A few other random thoughts to close. First, as with the first book, Robinson’s pop culture and SF references are on point: mentions of Continuum (agh, how I miss thee!) and Supernatural filming in Vancouver, lots of mentions of Doctor Who and other classic SF properties. Second, CanLit so often re-colonizes Indigenous stories and authors by only championing books that are directly about “Indigenous issues,” as if these are something that can be separated from Canada as a whole. Jared himself is not particularly political; as with the first book, the political issues of the day are largely passing him by even as other characters throw themselves into activism—but it would be a gross mistake to think that Trickster Drift is apolitical. Let’s champion books like this as well.

Finally, Eliza is the best character in this book and now between this and the Frozen II trailer I saw on Monday I feel a strange urge to watch Frozen again…. 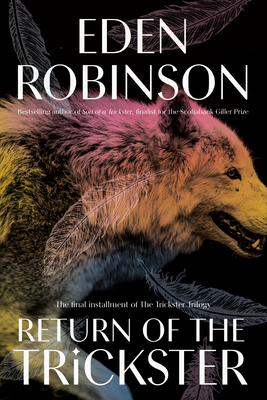 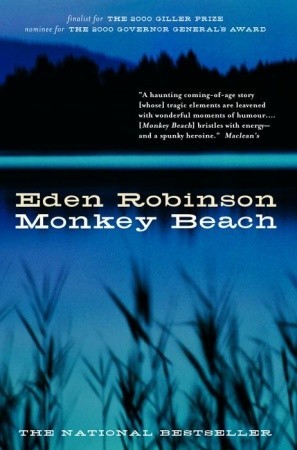 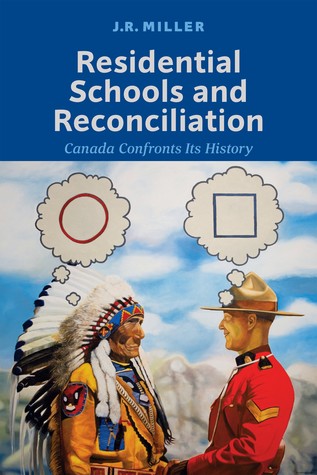