I mean, really. It’s called Time Safari. Do I really have to explain it to you? It’s “A Sound of Thunder” but without the butterfly and with more sexual tension.

At some point in the future, the Israeli government has developed time travel. With a margin of error plus or minus 5000 years, it is useless for rewriting the recent past, but hunting expeditions to the Cretaceous provide a useful source of funding for the project. Henry Vickers is an experienced guide with the company. With this latest expedition, however, a jealous manbaby of a husband puts everyone’s lives in jeopardy, stranding them in the Cretaceous.

Actually, now that I write the summary out like that, I could see this becoming a compelling full-length novel. It just needs a subplot set “meanwhile, in the future” with Stern and Dr Galli discussing the various machinations of the time travel institute. And the interactions and motivations of the characters in the hunting expedition could be better explored. Most of the characters are mere stock caricatures pasted into the story because they need to be there. Aside from Vickers and Adrienne Salmes, the characters tend to be shallower than a wading pool at low tide.

Time Safari is action-adventure science fiction at its most lush. Drake doesn’t waste any time with any of that paradox temporal logic bullshit; he ignores the entire question of altering the future by hunting dinosaurs because they are hunting fucking dinosaurs. The plot itself could reasonably be set in a hunting expedition in the present; the time-travel conceit merely allows for an increased sense of isolation and more exotic source of danger. Really it’s about a straw person of an “anything you can do I can do better” woman who married a man who “isn’t man enough for her” and deals with this problem by sleeping with other men, who are presumably manlier and therefore more acceptable. Because strong, capable women only want stronger, more capable manly men, amirite? Actually, maybe the best thing about Time Safari is how Drake demonstrates that a man can try to write capable, three-dimensional characters and still fail spectacularly.

If one ignores the gratingly chauvinistic romance subplot, then what’s left is … well, not much. There is a modicum of pleasure to be had in Drake’s descriptions of hunting dinosaurs. Being neither a hunter nor a gun enthusiast myself, these descriptions did very little for me; your mileage my vary. That being said, Drake does a good job when it comes to the more tense action sequences, such as the showdown between the tyrannosaur and the helicopter.

Depending on the scientific explanations one lobs at the respective stories, Time Safari is still probably more believable than Jurassic Park…. 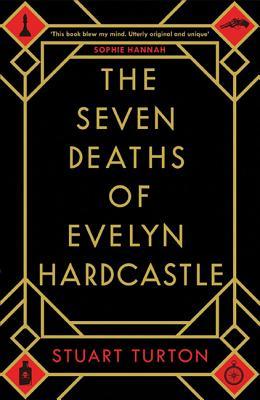