I really am not an adventurous person. Moving to England—having never lived on my own before—aside, I’m not the sort of person who enjoys embarking on “expeditions”. I took a trip up to Edinburgh back in October, and that was adventurous enough for me for a few months. These days, a train to Norwich is about as much adventure as I can muster. I read National Geographic and watch the Discovery Channel and soak up all these stories of adventure and exploration vicariously—but I cannot imagine actually doing such things myself. I can’t imagine journeying to Antarctica, struggling to survive in a land of endless night and blinding snow … so reading about the plight of Sym Wates was a mixture of shock and awesome.

The White Darkness fulfilled a hunger in me I wasn’t even aware I had. Thanks to the lucrative Twilight and Hunger Games series, it seems like every other young adult novel is some type of escapist, fantasy or science fiction story. I’m the last person who would complain about this. But it’s nice to have an example of a novel that is escapist and fantasy without actually being escapist or fantasy. That is to say, everything in The White Darkness is possible (if slightly implausible). At the same time, it is in the vein of escapism, and it has elements of a fantasy in the way it allows imagination to take over.

Geraldine McCaughrean’s writing is also amazing. With her simple but elegant descriptions, she manages to create the voice of a fourteen-year-old girl who is isolated but not particularly depressed. McCaughrean’s diction and description communicate a sense of remove from the surrounding world. Sym is bookish and academically inclined; she has friends but is not among the fastest-moving of them. She is a romantic who lives so much in her head that a romantic is about all she can be. Above all else, Sym is interested in polar exploration—so much so that she hears the voice of the late Lawrence “Titus” Oates in her head.

Sym joins her honourary “Uncle” Victor in a trip to Paris. Her mother can’t join them at the last moment—her passport mysteriously goes missing—so they go to Paris alone. Then—improbably, unlikely, bizarrely—this short trip away from home turns into an expedition to Antarctica, the one place in the world Sym would love to visit. As far away from home, friends, and family as Sym could possibly be, she finds herself among a group of strangers at the edge of the world—and her uncle might just be the most strange of them all.

From the beginning, McCaughrean insinuates something untoward about Victor’s relationship with Sym. It’s both delicious and unsettling at the same time, because we experience everything from Sym’s perspective of innocence and naivety. Mom can’t come—no passport. Victor eats the SIM card in their mobile phone as a “joke”. He takes Sym shopping for over-priced clothes that make her look more grown-up. As the evidence mounts, McCaughrean lets us draw our own conclusions about what Victor plans to do on this trip to Paris. Is he kidnapping Sym? Is he going to abuse her? Will she manage to figure it out and escape? But at each turn, McCaughrean twists away from the obvious answer.

It turns out that Victor’s designs on Sym are quite different from the more ordinary tale of sexual abuse at the hands of a family friend. No, though Victor is still guilty of abusing Sym, it’s an abuse that functions on a much more sophisticated level, something that has stretched back far into the past—beyond Sym’s birth, even, to his friendship with her late father. Their unannounced trip to Antarctica is the culmination of Victor’s plans—his schemes, if you will—the confirmation of the conspiracy theory that has captured his mind.

I love books where some of the most bizarre elements, the elements that you think have to be fictional because they are so outrageous—or just so specific, so convincingly told that they have to be lies—turn out to be the truth. Such is the case with the particularly nineteenth-century flight of fancy that powers the plot of The White Darkness. McCaughrean draws on names, like John Cleeves Symmes, that are probably obscure to the average reader, but are real enough to those with the right interests. She uses real historical people, places, and events to create a backstory, and from there she creates a plot that is fictional—both for us and, sadly, for Sym and her uncle.

As everything comes crashing down around Sym—both her faith in her uncle and her own certainty in the order of her world—she finds a sudden need to develop agency. Indeed, the first part of the book suffers only in that Sym is a passive protagonist. She just goes along trustingly with Victor, never gainsaying him, never wondering if she shouldn’t find a way to contact her mother. This is frustrating, and I suppose McCaughrean wants it to be that way so that we feel a growing sense of dread as we contemplate what Victor has in store for Sym. Nevertheless, the book doesn’t really come into its own until it lets Sym start acting instead of reacting.

From that point, The White Darkness turns into a story of survival. Though not my favourite genre, this transition worked for me because of the faith I had built up in Sym, and my need to see Victor laid low. McCaughrean delivers an ending that is satisfactory, albeit somewhat succinct for my tastes. Sym undergoes a crisis both physical and mental, enduring a level of deprivation that I doubt I would ever be able to tolerate.

It’s possible her imaginary Oates is what helps her through. Oates’ voice runs throughout The White Darkness like an authorial counterpoint, commenting upon events and providing a subconscious voice with which Sym can debate. Oates is funny and charming, warm and prone to reminiscing without being immodest. He is probably the type of adventurer Sym imagines herself being, if she were a man and alive at the turn of the twentieth century…. As it is, Oates becomes the only crutch she can lean on as everything else falls to pieces around her. It’s an interesting, very narrative way of externalizing the ways that people process emotional trauma and abuse.

The White Darkness doesn’t have zombies, or vampires, or giants or werewolves or angels. It doesn’t have a smooth-talking wizard, a mysterious goblin king, or even a Jesus allegory lion. It’s a skilled, highly satisfying combination of a (sadly) ordinary story of obsession and abuse coiled around the extraordinary tale of exploration, survival, and a quest for something that could never be. 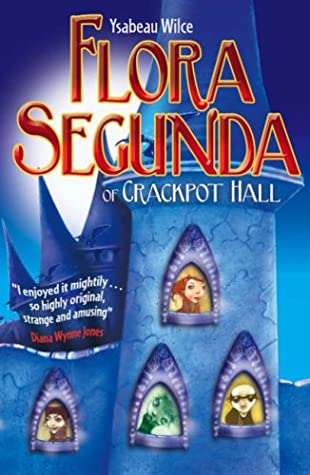 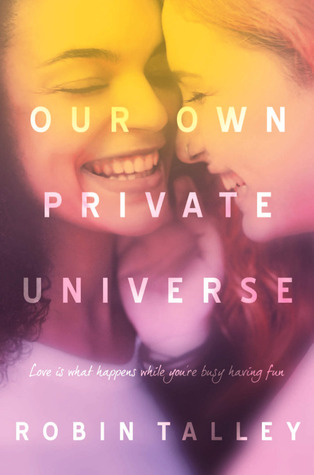