For Valentine’s Day, my school library had a "Blind Date with a Book" event. They had wrapped books in wrapping paper festooned with hearts and put them on display. You could select any book at random and borrow it, keeping its identity under wraps until you get home. (We have this week off for a half-term break, so the students would have an entire week to read it.) The idea is to try a book that one might not have picked off the library shelves. It’s an interesting concept (although someone might have to explain to kids these days what a "date" is, let alone a "blind" one).

Flip was my blind date, and it worked out quite well. Alex Gray wakes up in the body of Philip "Flip" Garamond, halfway across England, six months after his last memory as Alex. Philip is the same age as Alex—born, in fact, on the same day—but the two boys are otherwise quite different. Alex is studious, musically-inclined, but somewhat introverted. Philip is gregarious, popular, athletic, and dating two girls at once. So it’s a struggle for Alex to adjust to this new life and to pretend to be Philip while he panics and tries to understand how they switched bodies, how he can switch back, and what actually happened to his own body.

As a Canadian teacher working in the UK and now somewhat familiar with the school system over here, I enjoyed Martyn Bedford’s portrayal of life in Year Nine. Some aspects of the system that I’ve seen at work in my own school appear familiar and universal, at least from Alex’s familiarity with them in both bodies. Though the basic premise could work anywhere, Flip benefits from its British setting because of the diversity in lifestyles in Britain, where accents, jobs, and geographic location all contribute heavily to people’s perceptions of each other. Alex’s new life as Philip is a microcosm of this, as Bedford explores what it is like for Alex to have to put up a good show of being good at cricket or interested in both of Philip’s girlfriends.

Alex’s struggle is twofold and fascinating. On the one hand, he has no idea how or why he is in Philip’s body. Philip himself is nowhere to be seen. As far as Alex knows, this switch is permanent, so he just has to get used to it. Yet he isn’t sure how to do that: should he assimilate completely into life as Philip, or should he adapt Philip’s life to suit his own interests? How far is too far, and what will happen if he and Philip switch back? On the other hand, Alex is desperate to reconnect with his old life, even if he has to do it while still in Philip’s body. This culminates quickly with a visit back to his family’s home in London and a desperate attempt to see if his mother can recognize him in someone else’s shape.

Bedford does not overplay the emotional distress that Alex must be feeling, and to good effect. Though his actions speak of desperation and depression, they occur in a logical, almost predictable sequence: I could see myself doing what Alex does, probably in the order he does these things, if I were in his situation. Waking up in someone else’s body is bad enough. Not having anyone believe you … not being able to get back and see your own family … that would be awful. But Bedford avoids any melodrama, which helps later in the book as the real drama develops naturally from Alex’s discoveries and decisions.

The message that Flip contains, if indeed it has one, is also subtle but well-received. Though I identify with Alex, as the somewhat more withdrawn and bookish of the two boys, Bedford makes it clear that neither boy’s life is perfect and neither’s is more desirable, natural, or right than the other’s. Sure, Philip seems like a bit of an irresponsible and discourteous player, but he’s also a skilled athlete; he’s involved in his school in more ways than Alex seems to be. And Alex learns from this experience. Hopefully, from the changes that he wrought to Philip’s life, Philip will learn too.

Philip kind of gets the short end of the stick despite the book’s happy ending. I like that Bedford doesn’t gloss over the difficulty of Alex’s recuperation following his return to his own body and his emergence from the vegetative state. This is an experience that is going to affect him for the rest of his life, physically as well as psychologically. Poor Philip though … he’s going to be lucky if he isn’t in counselling for the rest of his life, and it’s not his fault at all!

I’ve never been on a blind date, so I don’t know how these things work. Do I fill out a comment card? "Would date again?" Well, I wouldn’t necessarily read Flip again. But I’d recommend it to other people. I guess that means it’s a nice enough book, and we liked each other even if we didn’t hit it off? Hmm. Not exactly a whirlwind romance, but by no means a literary or romantic disaster. As far as young adult fiction goes, this is a solid entry. 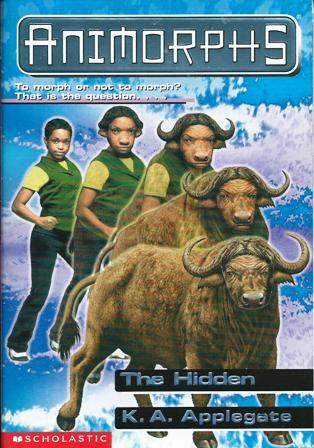