I don’t know a lot about Moscow, or even Russia in general. If I had more free time, I would devote some of it to feeling guilty for this gap in my knowledge. Some day I might even get around to rectifying it by reading some informative books on the subject, rather than fantasy (which, I’m given to understand, is not always 100% factual—odd, that). But not today! No, today I’ll talk about The Secret History of Moscow, in all its dark and magical glory.

Ekaterina Sedia writes fairy tales. The Alchemy of Stone is a fairy tale about a clockwork woman who wants to be a real girl. The Secret History of Moscow is a fairy tale about a woman who, out of place and out of touch with our own world, uncovers a secret one while searching for her sister. When Masha turns into a jackdaw after giving birth in their bathroom, Galina wants to know why. Along the way, she meets a cop who has been investigating similar disappearances. They, in turn, meet a street artist who leads them into another world—underground—where the detritus of Moscow’s past has slunk.

I’m not sure what to do with The Secret History of Moscow. I’m not sure what to say about it, or really how I feel about it. It was OK. Sedia kept me interested, kept me wanting to know how it would all turn out. But now that I’m finished it, I discover that it has left almost no impression with me. That makes it difficult to review.

Wherefrom this malaise? I blame the structure of the narrative, the way Sedia chooses to tell this story. Galina, Yakov, and Fyodor waste no time discovering the underground, a twisted sort of fairyland where gods go to wither and die…. And then they stay there. For a while. They sort of loaf around an ersatz inn, chatting with Yakov’s grandfather and learning a little about the locals. Is it interesting? I guess. But it’s a lull, one that belies the otherwise urgent beat of the plot drum. There are people missing, birds flying through reflections in puddles to other worlds … I wanted to jump up and yell, “You have to get a move on!” I wasn’t reminded of it while reading, but as I write this review, I’m spurred to compare this to Bridge of Birds. I’m not sure why—perhaps the fairy-tale qualities of both tales—but the latter definitely has more pulse-pounding action even as it fully embraces whimsy and wonder.

The Secret History of Moscow, on the other hand, sort of plods along. The characters are cool, even sympathetic. The deposed and dispossessed mythological figures are also fascinating. Sedia draws from a diverse range of backgrounds, creating a kind of mythological mosaic, a sampling of ideas from the various cultures and times that have called Russia home. I wish she did them all justice, but the book is so short that we get only the slightest glimpse into these characters and what they represent.

Galina’s choice, at the end, was a good way to end the book too. It makes sense, given what we know of her—but at the same time, I wish we had spent more time with her in Moscow, seen more of her life. Does she have any friends? No one who will really miss her? Was her life really that one-note? Sedia writes well, but if she were an artist she would own only one, really wide paintbrush, and paint in bold and sweeping strokes across a smoky, ashen canvas.

I liked the book, but I don’t feel enthusiastic about it. It’s competent but not compelling. I don’t mind tossing my recommendation in there, if you think this is your thing, because there is nothing outright poor about The Secret History of Moscow. But it didn’t excite me either. 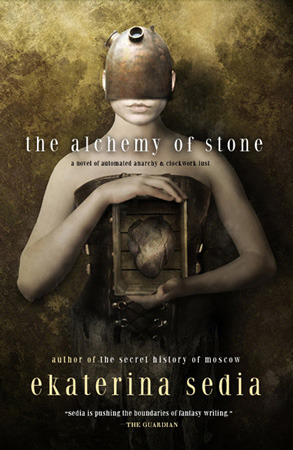