Claire Hansen returns in this sequel to Summon the Keeper. It’s rare that I manage to read the next book in a series in such close succession, but here we go! The Second Summoning embraces and builds upon certain elements of absurdity present in the first book. I admire how Tanya Huff can write urban fantasy that is simultaneously tense and intriguing yet also funny and lighthearted. However, the plot of this book didn’t entertain me as much as the first; I think this Huff series might just not be for me.

Spoilers for the first book ahead but not for this one.

Picking up shortly after the conclusion of the first book, The Second Summoning sees Claire and Dean have a fight over Dean’s continued association with her. Despite being in lurrrve, Claire is worried that Dean will get hurt (you know, standard superhero stuff). When they do finally consummate their love, it’s apparently sooooo good, so magically significant, that it leaves enough raw energy lying around to help jumpstart some shenanigans of Claire’s sister into a real, living embodiment of an angel. And where there’s an angel, there’s bound to be a demon….

I’m starting to realize that maybe being disinterested in sex is one of the reasons I am less enthusiastic about Huff’s writing in this series. Her Gale Women trilogy certainly mentions sex (and in semi-incestuous ways even), but I don’t know—something about this series just feels so horny, and it doesn’t work for poor, ace Kara! The constant innuendo about Claire and Dean’s relationship, followed by all the references to Samuel having genitals (oh my!) … I’m trying to register how much I didn’t enjoy this writing while not condemning it, because my goal is not to be prudish but instead communicate what didn’t work for me.

My favourite parts of the story probably involve the dynamic between Claire and her younger sister, Diana, who is an even more powerful Keeper but, of course, less mature. Diana acts not just as Claire’s foil but at times can even be an antagonist or anti-hero. Her fluid role in the story helps to keep things interesting. Ultimately, she and Claire are always on the same side—but as with her other series, this one demonstrates how Huff has a great handle on family dynamics and the ways in which family members will often be at odds over smaller issues even as they agree to work together on larger ones.

Like I said at the start of my review, the actual plot did very little for me. It is a lot of running around in Toronto, a lot of sex jokes, a lot of “isn’t being human weird but also kind of fun?” Though the stakes are arguably higher in this book, they don’t feel all that higher.

I guess my overall opinion of The Second Summoning is that it was fine as a distraction, a decent novel, but nothing I got excited about. I will read the last book in the trilogy because I have already bought it; I’m curious to see what Huff brings and whether it will alter my “meh” reaction. 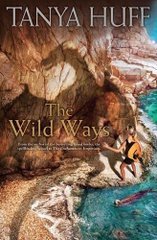