I'm not sure what attracted me to The Sealed Letter. It's a book that exists in that intersection among historical fiction, fiction "based on a true story," and relationship drama fuelled by larger issues of gender and individualism, the sort of book that can appeal to so many people yet go unnoticed because it looks "too historical" or "too much non-fiction" or "too romantic." When I started reading The Sealed Letter, I hoped for something good but didn't expect anything great. I was pleasantly surprised.

Emma Donoghue grounds her story in facts, incorporating fiction only when necessary (because the facts are not extant) or in order to compress time. Her methodology and some of the factual history of the book's events are all detailed in the Author's Note at the end of the book. One of the advantages to using real people and a real divorce case is that Donoghue automatically has a plot; she need only enliven the characters for us. And she has associations that she would otherwise need to falsify: she'd have to make up an intelligent but morally-conflicted Emily "Fido" Faithfull and make her a pivotal member of the Reform Firm.

The first few chapters are slow-going, unfortunately, and that may turn people away from the book before it begins to get good. There's a great deal of superficiality in the interactions between Fido and Helen Codrington. The purpose of this becomes clear later in the story, but at the beginning I found it dull. What I was waiting for was a real insight into the minds of these women and how they regarded their era. Although it takes awhile for Donoghue to unlock their psyches, she finally gets around to it.

What elevates The Sealed Letter above mediocrity is the three-dimensional way it portrays the people involved in this high-profile divorce. It is easy to set a divorce case in Victorian England in which the woman is the sympathetic character at the mercy of an uncaring husband. I found it hard to sympathize with Helen, who is both adulterous and manipulative, with sensibilities that radically change with her mood. Nevertheless, I understood her desire to remain a mother to her children (even if she was never very maternal) and repair the tear in her marriage that she—belatedly—realizes is her fault.

At the same time, Helen puts to shame Fido's Cause. She is a "fallen woman," an unfortunate counterexample to the claims of Fido's Reform Firm that women can be every bit as sensible and intelligent as men. As a result, Fido is torn between loyalty to her Cause and loyalty to her friend. She vacillates between an absolute adherence to one or the other as she tries to parse Helen's manipulation and deceit. There were times when Fido's changeable loyalties frustrated me, but I waited patiently for her to discover how unreliable Helen is.

And then there is Harry. Donoghue begins giving us insight into his mind toward the middle of the book, wherein he first suspects that Helen is having an affair and sets out to confirm or disprove this suspicion. Poor Harry is apparently clueless about his wife's adultery, and this discovery robs him of resolve and even, to some extent, reason. He becomes more reactionary, allowing his friends the Watsons, his brother, and his lawyers to manage the divorce case while he watches and participates with a sort of grim realization that there is no way to turn back the clock.

I come off as anti-Helen in my evaluation, and I do think she bears the majority of the blame—after all, she's the one who strayed. Yet my point is that Donoghue manages to portray all of the characters as sympathetic at times and at fault at other times. It's a realistic depiction of the difficulties of marriage and divorce (and life in general): nothing is clear cut, nothing is black and white, and there's always certain points where it's impossible to turn back.

The last theme echoes over and over again throughout the book. There's one quotation, which I can't locate at the moment, that aptly describes this idea. As she watches the divorce proceeding, Helen wonders if all this was an inevitable outcome of her dalliances with Mildmay and Anderson. She likens herself to a little boy pushing his toy soldier closer and closer to the edge just to see what would happen. I really enjoyed this underlying idea that we humans are prone to pushing ever so slightly too hard and bringing disaster upon ourselves.

The martial woes of the Codringtons takes place against the backdrop of Victorian society, and Fido's roles as an activist for women's rights is a key issue in The Sealed Letter. It's worth remarking on the ironic censure that Fido receives from other women in the Reform Firm, particularly the "equal above all others" woman Bettie Parkes. What I found most poignant, however, was the depth to which Fido sinks in the witness box to retract an affidavit she has signed. Fido essentially claims her "weakness as a woman" as her excuse for signing a statement to which she can attach no veracity. This makes her a hypocrite and hurts her Cause … yet it is so very true.

Which is not to say that all women are weak. No, what I mean is that Fido is right in claiming she was too weak-willed to refuse to sign the affidavit, too weak-willed to stand up to the illogical Helen Codrington. It's a character flaw—of the individual, not of the gender—that manifests over and over again, each time sending Fido down a darker, dimmer road as she tries to find some sense of equilibrium. Even as she contrasts two very distinct Victorian era women and their attitudes toward men and society, Donoghue reminds us that gender is only a part of who we are.

But what of the eponymous letter?! What's so special, so scandalous, that it remains sealed until the final chapter? Without going into too much detail, let me just say that this is more a MacGuffin than anything. It serves a minor purpose, but the book would have worked even with the letter removed, so don't spend too much time stressing over it as you read, OK?

Finally, I'd like to conclude by way of complaint about a formatting issue. What's up with the font used in this edition to render letters? It's nearly illegible; I had to squint and carefully linger over each cursive word in order to make it out. I don't mind when books use different fonts, even cursive fonts, to add a little flair—just make them readable!

The Sealed Letter delighted me with its detail and its characterization. Donoghue presents an actual divorce in 1864 England, setting it against the social issues of the time, and the end result is a success. 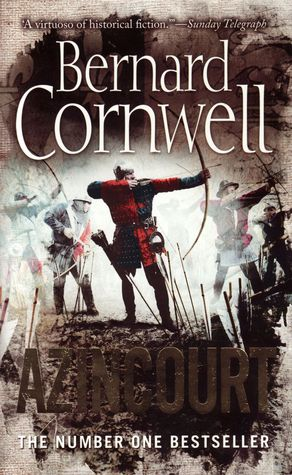