The Quiet War is certainly what is advertised in the title: a war so quiet, no one knows it is happening. Not even me.

It’s the future. The not-so-distant but not-quite-near twenty-third century. No warp drive or United Federation of Planets, though. In fact, we can barely colonize the solar system without squabbling about it. The various powers of Earth—though we largely concern ourselves only with the Europeans and the more powerful Great Brasilia faction—are working on a way to control or otherwise subdue what they perceive to be the growing threat from the Outers, humans who have colonized the moons of the Jovian planets. The Outers are dangerous politically but also, the Earth governments believe, scientifically. Various Outer scientists and governments have embarked on programs of genetic engineering designed to improve the human species and take control of humanity’s evolution.

Paul McAuley follows characters on both side of the conflict. Unfortunately, discerning which characters are the principal ones in this tale proved to be quite a challenge. I found myself halfway through the book with little to show for it in the way of comprehension. Had someone asked for a summary, I doubt I could have managed a cogent response. I doubt I could have explained which characters mattered the most or who was fighting for what. Although, in many ways, The Quiet War has all the elements for a good science-fiction thriller, it is also too messy.

This is particularly true for that crucial first half. I only barely followed the machinations of Macy Minnot and Loc Ifrahim—and I certainly didn’t care that much about them. There were two barriers. First, as I’ve already mentioned, McAuley was slinging too many characters at me with no clear guide as to who was important and who wasn’t. Second, there was an insane amount of technobabble. I can get behind technobabble when it later becomes important to the plot—and to some extent, a little technobabble here and there is an appropriate spice to flavour the pages. McAuley takes it too far, though, dosing us with terminology and explanations that, while appropriate for the milieu, do little to further the plot. Hence, the technobabble moves beyond the tenuous realm of reasonable exposition into the territory of total gratuitousness. (And it’s not even the kind of gratuitousness that gets censored in the cable version!)

Suffice it to say, then, that The Quiet War just isn’t very welcoming to its reader. There is a story there, and a plot, and worthwhile characters. But it really demands that the reader is willing to sit down, strap in, and scrutinize the situation. I’m willing to do that for War and Peace; for this book, not so much.

I actually considered giving up, even though I was more than halfway through, simply because I wasn’t sure how I would be able to review this. I perservered, though, and I’m glad I did. The second half of The Quiet War picks up—the war’s volume increases—and the characters solidify into more distinct groups with clearer motivations. The political machinations become easier to understand, and with my confusion set aside, I was able to allow myself to sink into the suspense and paranoia McAuley was building up with each round of events.

McAuley does a good job depicting how the government of Great Brasilia manipulates various factions within the Outer community and showing how this can exacerabate tensions that lead to war. There’s certainly a lot of that going on in the world today, with various governments (not naming any names) manipulating other countries for their own ends. The issues might not be the same—but they could be, in a few years’ or decades’ time. As our science and technology develops, so too will people’s appetites for altering our bodies and our genome. We have to be ready for the political and sociological questions that will come along with such procedures. The Quiet War, for all its flaws, is a good look at one possible type of conflict that could result.

I wish, however, that there had been more emphasis on the consequences and questions surrounding this aspect of the Outer ideology. McAuley spends so much time on the political side of the story. Aside from the bacteria-focused technobabble near the beginning and some allusions to various, more mild genetic tweaks here and there, the issues that get mentioned don’t otherwise take centre stage. So, while they serve their purpose as a motivating factor in the plot, they don’t quite approach that “big idea” level of significance that I tend to expect from my science fiction.

Trite phrases like “perfectly serviceable” or “admirable attempt at a political thriller in space” come to mind when I think about how to summarize The Quiet War. It isn’t bad, but it holds itself back from being good. I’ve got the sequel as well from the library, expecting that I would want to read it. Alas, now I’m not so sure. 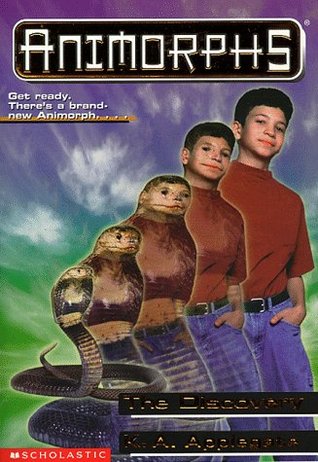 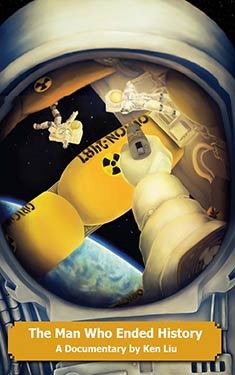