THE MERCHANT OF DREAMS by Anne Lyle ★★ | Kara.Reviews
Start End

I had little but praise for The Alchemist of Souls, the first adventure of Mal Catlyn and Coby Hendricks in an alternative Elizabethan England. Anne Lyle had a keen eye for characterization and an ability to weave a tight, dramatic story that held my attention and left me wanting more. So more’s the pity that The Merchant of Dreams was quite a different experience!

This sequel picks up a little while after the first book, with Mal and Coby living in France while the fallout from their actions in England dissipates. When they learn that the skraylings are going to Venice to seek an alliance with this republic, they return to England to inform Walsingham. Naturally, they get tasked with going to Venice and learning as much as possible about this potential alliance and how it will affect England. Meanwhile, Mal continues to grapple with what it means that he and his twin brother, Sandy, share the soul of a departed skrayling named Erishen. And Coby, who has lived most of her life in the guise of a boy, starts wondering what it would be like to don dresses again and become Mal’s wife.

My disappointment is easily explained through the book’s title. The Merchant of Dreams is a character who shows up in Venice. He’s a shady dealer whom Mal encounters as he begins to send out feelers into the Venetian underworld. And then he dies.

For a book to be named after a character, that character usually has a big role to play. Certainly they are so important, so pivotal, that they don’t die so soon after being introduced (unless their death is itself the event that changes everything, which it doesn’t here). We don’t learn that much about the Merchant of Dreams, beyond the fact that he is a scheming traitor. Mal and friends have very little interaction with him; they don’t cross paths more than once or twice, and they don’t really butt heads.

And this seems to be the issue with the book as a whole: I never really had a clear idea of what story it was trying to tell. Mal’s mission to Venice is vague. He’s "gathering intelligence", and his goal for accomplishing this seems to involve gaining admittance into the skrayling quarters in Venice and talking to his buddy Ambassador Kiiren. Lyle pads out the book with a series of comical and serious mishaps and misadventures. While these are, in their own way, delightful, they also muddle and mask the true nature of the plot, and I confess that by the end of the book, I wasn’t really sure what England had lost or gained. Whereas, in the first book, the stakes were clear and quite dangerous, the stakes here seem … tepid at best.

Mal and Coby’s relationship becomes strained as the question of a marriage looms over them. To achieve this, Coby would have to give up living as a boy, losing the freedom such a disguise allows her. Her insecurities about living as a woman, and her love for Mal, are all natural and touching. Lyle once again does an excellent job of portraying differences that gender make in the power dynamics of 16th-century Europe. Yet the actual will-they-or-won’t-they subplot, complete with flashes of comical indignance from each character, is tired and boring.

Then there is a wholly different subplot involving Mal and Sandy’s older brother, Charles, who has apparently gone to ground in Venice (what a coincidence!). A Huntsman, Charles was initiated into a secret society devoted to wiping out the supernatural (including the skraylings). Or something. Anyway, he blathers on about how there are more frightening threats than the skraylings to human society, and one of these threats just happens to materialize at the climax. So it goes.

The Alchemist of Souls was electrifying in the conflict it presented and the way the characters had to handle it. With each chapter, Lyle left me wanting more. The Merchant of Dreams is the opposite. With each chapter, I was left scratching my head and wondering how these events would all come together. In the end, as the characters converged and the conflict intensified, I began to entertain a glimmer of hope. Alas, that’s all it remained: a glimmer. Although Lyle produced a great standalone story in the first book, this second book has not resulted in the ignition of a brilliant new series. I find myself most apathetic towards all the elements of the world here: I don’t really know or remember who the Huntsmen are, and I don’t really care about that. I’m somewhat vague on the whole skrayling reincarnation process, and this doesn’t bother me. A great series embeds this information in a memorable but subtle way within the stories themselves, and it does so in a way that makes me care.

I still find this universe an intriguing one, with all the deviations from established history that Lyle has carefully made. I’ll happily pick up the next book when it arrives and give this series another shot—no author can get it right a hundred per cent of the time. And I still recommend The Alchemist of Souls for those who have yet to meet Mal Catlyn. I just wish this book had lived up to the high expectations established by the first. 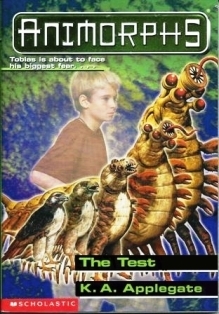