It’s been a long time since I read The Colour Magic. I’ve read a few other Discworld novels but am now kind of trying to read them in order. Terry Pratchett is a writer whose sense of humour aligns exactly with the type of humourous fiction I want to read: dry and absurd. From Discworld to Good Omens, Pratchett always delivers, and The Light Fantastic is no exception.

I read the first half of this book with a sense of dragging anticipation. I was waiting for the book to begin. It took me a while to realize what The Light Fantastic reminds me of and, in so doing, allow me to change my mindset and enjoy it more. This book is very much like The Hitchhiker’s Guide to the Galaxy. There is a core group of characters—Rincewind, Twoflower, Cohen, Bethan, and of course, the Luggage—with occasional scenes featuring the antagonist or supporting cast. And this core group doesn’t so much do things as react to the various things that happen to them. Much like how Arthur Dent goes from lying in front of a bulldozer in his housecoat to tromping about the galaxy in a ship powered by an infinite improbability drive, Rincewind isn’t so much following a plan as trying to cope with the latest set of unfortunate circumstances in which he finds himself.

Once I came to terms with this, The Light Fantastic became a lot more fun. I mean, that’s the point of Discworld: everything is just totally bonkers, from the elephants perched on the turtle’s back to the immense forces of magic. I think the word “romp” might have been invented solely to describe Discworld adventures.

If I had to express any kind of disappointment about this book, it would simply be that there isn’t enough of it. It’s a slim volume. And there were segments where I wished Pratchett had delved more deeply into what was happening. For example, Death is present in this book, but in a more tangential capacity. Rincewind and Twoflower pay a visit to his hall but don’t stay very long, quickly showing themselves out. That’s understandable—I wouldn’t overstay my welcome at Death’s place either. But The Light Fantastic is very much a road comedy, and while that gives Pratchett plenty of opportunities for funny sequences, it also makes some of those sequences very fast, drive-by affairs.

The calculus here is rather simple. Reading Discworld? Read it. If you haven’t read any Discworld novel, I probably wouldn’t start with this one. It’s a loose sequel to The Colour Magic, which I think was probably a stronger book (not that I remember all that much about it). So I would start there—or with another book later in the series, since this is one of those things where order doesn’t necessarily matter (combinations, not permutations!). 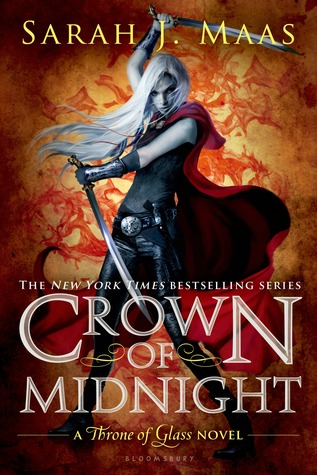