I began this book fairly sceptical and remained ambivalent throughout. Chick lit isn't a genre I read too often, so I'm not sure what made me pick this book up off the library shelf--perhaps a combination of the title and the promise of a glimpse into the world of New York high society.

This book made me extremely aware of how young I am. Growing up, all the books I read talked about technology commonplace to my parents' world: television, radio, cars, and computers. Hence, it's become noticeable when I read a newer book that treats more recent technological developments like they're commonplace: in The Ex-Mrs. Hedgefund, it's iPods, iMacs, mobile phones, DVD-player-equipped cars, and Google. I got the sense that the book, through its narrator, was trying awfully hard to impress me by dropping brand names and using abbreviations I couldn't even understand. And I can't help but wonder how dated this book will seem ten years from now.

As modern as this novel is, its story is the same one they've been telling for ten thousand years now:

While I'm aware that no story is ever original, The Ex-Mrs. Hedgefund doesn't even try to avert the standard romantic comedy tropes. The moment Holly met her eventual second husband, I knew he was Mr. Right (Redux) and that the other guy she was contemplating dating would turn out to be a loser. Because, you know, in Real Life, you never have to choose between two decent guys; one will always turn out to be a jerk. Uh-huh.

There's far too much exposition. Holly should spend more time doing something instead of stopping to explain, with graphs and "math", the intricacies of her little world. I don't particularly care about the secret formula used to name hedge funds. I don't particularly care about the "scale of blondness." And no, I don't care about how your charity functions work and which guests get what table assignment. How about you try some character development instead? No?

Few of the characters in The Ex-Mrs. Hedgefund ever attempt to come out of their one-dimensional shells and show us a good time. I shouldn't blame them, however; it's not their fault that they have stilted dialogue and regularly SHRIEK IN CAPITAL LETTERS because it's TOTALLY going to make you sound more hip and enthusiastic. I think my favourite character was the evil mother-in-law (you knew that was coming), simply because she's an unapologetic frigid bitch. My least favourite character was the kid, because he seems to have been imported from Stepford: not one temper tantrum in the entire book. Not one. This is the most balanced, grounded, mature, well-behaved fictitious six-year-old I have ever encountered. He is perfectly understanding of Mommy and Daddy's divorce, doesn't blame them, and doesn't mind that Daddy is sleeping with a different blonde and Mommy's seeing another guy.

Oh, it's not all bad. Once and a while, the book seems to remember that Kargman probably wants to say something pithy about how fake and stifling all this high society is. So it puts on the brakes and allows Holly to observe the hollow lives of her former fellow hedge-fund wives compared to Holly's new life of blissful freedom and single motherhood. There are moments when the tour bus stops and Kargman emphasizes the double standard: "Boys. Will. Be. Boys. You didn't have to go and call him out on it.... Women have been looking the other way for millennia." That's actually kind of what I wanted when I started reading this book, and occasionally that's what I got. For instance, I laughed out loud when Holly's nonconformist best friend challenges a rich couple because their horse has a massage therapist. So if Kargman is playing her characters over the top to mock New York high society, I can forgive her for that. Except that then I wonder why the rest of the book is so shallow and predictable.

And that is ultimately the fatal flaw of The Ex-Mrs. Hedgefund; it can't decide what type of chick lit it wants to be. By refusing to choose between a serious satire of hedge-fund-wife society and a silly romantic summer read, Kargman undermines her own story, transforming it from something with great potential into just another mediocre romantic comedy. Pandering to everyone just won't work. Good literature has to take risks, even if they don't pay off, and even if they alienate one audience in favour of another. The Ex-Mrs. Hedgefund has a couple of moments of shining glory tarnished by the absence of any element of risk. 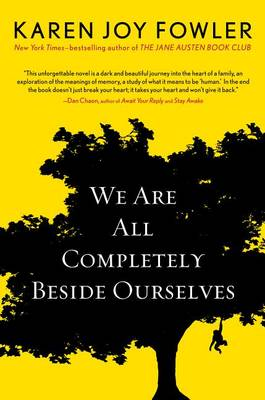