A PORTRAIT OF THE ARTIST AS A YOUNG MAN by James Joyce ★★★ | Kara.Reviews
Start End

I find myself having difficulty expressing my opinion of A Portrait of the Artist as a Young Man. This is not an unusual situation for me with regards to "classic" works of literature that fail to meet my personal expectations. While such books don't entertain me, I still manage to understand or at least glimpse why they have earned a spot in the literary canon. This is the case for Portrait, my first novel by James Joyce. On one hand, I found it boring and lacklustre: why should I sympathize with Stephen Dedalus? On the other hand, I can see its appeal, especially at its time, as a coming-of-age journey from an Irishman whose childhood and adolescence was steeped in Catholicism to a more self-aware man with a broader sense of aesthetics and a yearning to experience the wider world. I will even be so bold as to claim that others have done something similar and done it better in the time that has elapsed since Portrait, but perhaps this is a bias of my generation.

When you read as many Wikipedia articles as I do, you start building up ideas about enduring authors despite having never read them yourself. I've heard a little about Joyce's signature style, particularly when it comes to the intractability of Finnegans Wake (and I am in no hurry to tackle that chestnut). Nevertheless, I didn't really know what to expect from Portrait until I began reading. Joyce gives us access to Stephen's thoughts, but he enforces a strong distance between the reader and Stephen through his third-person narrator. As a result, it is difficult to connect with Stephen, particularly when he's a child. And if I don't care about young young Stephen, why should I care about Stephen when he grows up to be a young man (and therefore, by any era's definition, foppish and overbearingly self-absorbed, yours truly included)? Joyce can drop compelling beats about hellfire and brimstone until the Brits go home, but without such a rapport Portrait misses the mark.

Joyce spends a good forty pages in the middle of the book to discuss the characteristics of Hell and what punishments one might expect for sinning in life and failing to repent. And it's the most fascinating forty pages in the entire book. Seriously, Joyce had me riveted the entire time, not only with the imagery of his Hell with a fire that burns hot but dark but also the depth of spiritual loss, the utter abandonment by God of condemned souls. I have to admit that it did nothing to soften me toward Catholicism. Joyce seems to be channelling Old Testament God here, and I feel sorry for my Catholic friends: a few mis-steps in your eighty or ninety years of life, and you are doomed forever. And forever is, as Joyce eloquently explains, a very, very long time.

Joyce's scare tactics certainly work on Stephen, for he immediately resolves to reform his lecherous ways. He begins to appreciate his religiosity consciously at every moment of his life, to live in a constant state of awareness that at any moment he could sin and jeopardize his admission to Heaven. I imagine that he probably took himself too seriously in this quest, and as a result became obnoxiously self-righteous to everyone around him. So naturally, the priests do what priests do with obnoxiously self-righteous Catholics: they encourage him to take the cloth as well! Of course, we know from the title that this is not Stephen's destiny. Part of him wants to, yearns for the power and the pride that comes with the position—but he acknowledges these desires are, of course, sinful (oh, Catholicism…). Nevertheless, this is the most interesting period of Stephen's life for me. His childhood was a series of disconnected, disjointed adventures by someone I couldn't quite grok. His later adolescence and young adulthood are fine, but they don't quite share the conflict of passions present as Stephen considers whether he should join the priesthood.

More than ever, especially when it comes to so-called classics or other well-established works, I have been reflecting in my reviews and my ruminations about how the generation to which I belong influences my opinions. With some works, generation gaps or generational differences of opinion seem obvious—which of course makes me suspicious that they are stereotypical and untrue. Yet I can't ignore the fact that my time makes me as prone to certain prejudices as Joyce's time made him. Often when I read, I try to be two people: one of me is "me", a 21-year-old Canadian student who studies math and reads more books than is probably healthy; the other of me is a generalized, more disinterested literary critic who attempts to view the book through the eyes of other people. Most of the time the disinterested critic has to dampen the enthusiasm of the wide-eyed, impressionable 21-year-old (OMG: artificial intelligence! nanotechnology! five stars!!!). With Portrait, we suddenly found our respective roles reversed, with the impressionable 21-year-old playing the part of the apathetic cynic.

I suspect that I would have enjoyed Portrait much more if I were not as well-read as I am. Even that might not be enough: it seems like the angst of youth, including conflict with the religion of one's parents, has been a popular topic in movies since at least the 1970s, if not earlier than that. So, in a way, popular culture has ruined James Joyce for me—and it's not because anything longer than 140 characters evokes a sudden malaise of tl;dr. I just feel like I've seen Stephen's predicament before, several times over, and I've seen it done better, both in print and on screen. Notably, Portrait hearkens back to Fifth Business, which I reread this year. And this comparison does not do Stephen any favours: I was regularly fed up with what I perceived in Stephen as passiveness. Things kept happening to him, and he tended to react, but he very rarely did much about it. (I don't know if this criticism is particularly fair, because I realize Stephen often did do things, such as his concerted effort to live virtuously at fourteen. But I can't change how I feel, and I blame this on Joyce's style.) Dunstan Ramsay, in contrast, was a man of action—after all, the book starts with an action of Dunstan's that affects the entire course of his life.

While I'm comparing these two books, I should point out the reversal of themes: in Portrait, Stephen grows up Catholic—is educated by Jesuits, in fact—and gradually detaches from the Church. Dunstan is raised a Scotch Protestant, yet over the course of his lifetime he flirts and then becomes enchanted with the Catholic Church's saints. He never converts, but otherwise he is firmly immersed in Catholic mythology, even going so far as to construct views of history as patterns of myth. Stephen begins to question the usefulness of his religion in application to living his life. Ultimately, his interests shift to questions of art and beauty, and he decides that in order to explore these questions unfettered, he must leave Ireland behind, and with it, all expectations. It's poignant in its own way, and I cannot help but admire Joyce's skill in crafting this story, even if I do not particularly care for his style. I can see how, in the right place and right time in one's life, this book might bring about an awakening or an epiphany. However, it was neither the right place nor the right time for me. 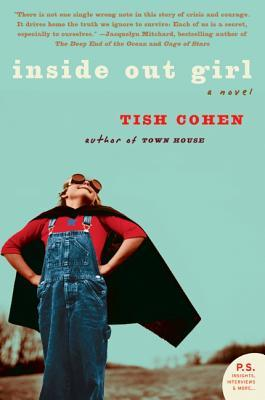 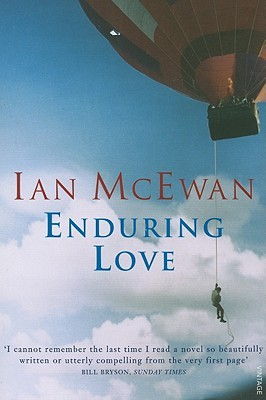