Loves me some time travel, so of course when I saw this on NetGalley, I jumped on it. Thanks NetGalley and World Weaver Press for the eARC. The Continuum is a quick jaunt, if you will, into both past and future. Wendy Nikel keeps us guessing with numerous twists and turns, though I wish I were more interested in both the protagonist and the overall plot.

The Continuum opens with Elise Morley in 1912. She is there to Extract a wayward temporal tourist; that’s her job. When she succeeds, she returns to 2012, only for her boss, the enigmatic Dr. Wells, to whisk her away to a top-secret facility. Turns out he has been dealing with some black-ops type people on the side, and that contrary to what he told Elise, the technology they use can also take them into their future. Soon she’s in 2112, attempting to retrieve wayward agent sent to investigate the future and report back. Of course, that’s not all she was lied to about, and she soon finds herself trapped, with no real options. And some dude originally from 1912 is there, somehow, with knowledge and technology far beyond what he should have….

As far as time travel mechanics go, Nikel keeps this pretty simple. The timelines are “synced” in that “Meanwhile, In the Present…” kind of way; you can only travel to the current date, just certain years in the past or future. The technology is crude: for the most part, you have to use a specific machine to get you where you need to go. And there isn’t much in the way of advanced technology beyond that—even in the 2112 setting, Nikel doesn’t invest too much time trying to establish that technology has advanced all that much. Everyone has some suped-up Google Glasses and retinal scans, and that’s about it.

Taken altogether, this means your mileage may vary here. As a SF nerd, I was loving the travel but a little tired of the set-pieces. There is little here in terms of whizz-bang, gee-wow, that’s-new SF territory. A more casual SF reader, or someone just dipping their toes into this subgenre, won’t be as bothered by that. They might prefer the clean-cut action-paced nature of this novel. And I’ll give it that: The Continuum does not linger or waste any time (no pun intended).

I actually really like the situation Elise finds herself in. Cut off from allies, she basically discovers that she can’t return to her present and expect to live, nor can she stay in this future, because reasons. So for a good chunk of the book, she seems to have zero options. This kind of pressure on a protagonist always appeals to me, because it’s when their back is to a wall that you can really see their mettle.

I also like that there doesn’t seem to be any sexual or romantic tension between Elise and her target, Agent Chandler. It would have been very easy for Nikel to go down that route. I’m glad she didn’t—I love reading books where romance, especially with a female protagonist, isn’t on the agenda. Elise and Chandler develop a grudging respect for one another, and they work well enough together.

Ultimately, though, the plot just seems to lose steam. After the climax, the denouement drops a predestination paradox on us that seems to put Elise on a bus, even as it hints that this is not the end of this story arc. And so, I’m just left with a sense of … mehhhhh. Like, what was the point? It doesn’t help that the character development is practically nonexistent: I didn’t learn much about Elise outside of this immediate job, nor did I ever get attached to any of the other named characters, most of whom we saw for about 2 pages, if that. We spend almost all of this book in Elise’s head, yet at the end of all this, I feel like I hardly know her.

The Continuum has its moments and isn’t half-bad, but it doesn’t measure up to my standards. I’m not saying you won’t enjoy it (and wouldn’t judge you if you do), but there is nothing here that grabs me and says, “this is a series you need to be following”. And that’s a shame, because I do love me some time travel. 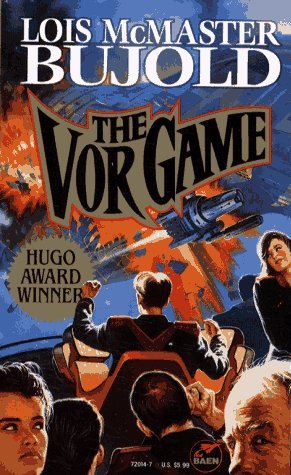