THE AGE OF WONDER by Richard Holmes ★★★ | Kara.Reviews
Start End

No matter how you slice it, the way we do science now is very different from the way we did science a few centuries ago, or even a single century ago. Or even a couple of decades ago. Just as the concept of science, itself a fairly recent term, has changed dramatically over the centuries, so too has the scientific method and the infrastructure through which we do science. Richard Holmes elects to analyze a significant era in the history of science, namely the late eighteenth and early nineteenth centuries, with a focus on Britain.

The Age of Wonder is not, however, a popular science book that retells and explains scientific discoveries through historical anecdote. There is plenty of mention of Faraday’s personal relationship with Sir Humphrey and Lady Davy, but there is nary a whisper about the electron. William Herschel’s tentative steps towards spectroscopy are only just alluded to in a brief aside about his experiments with thermometers and the spectrum. Rather, as the subtitle, How the Romantic Generations Discovered the Beauty and Terror of Science, implies, this book is an argument for the influence of Romanticism on early nineteenth-century science, as contrasted by the Victorian era’s influence on science. Holmes’ specialized knowledge of the era allows him to interweave biographies of prominent scientists with poetic allusions.

Holmes begins with Joseph Banks and his voyage with Captain Cook to Tahiti. Banks acts as a common thread throughout the subsequent chapters of the book; Holmes links the rise of many of his later subjects to Banks’ influence as the President of the Royal Society. Banks is the ur-scientist of Romantic bent: a man of independent means, pursuing knowledge for its own sake, adventuring in his early years and then settling down to a more stable, sociable life in his later ones. This is a tale that Holmes is to repeat several times as he examines the lives of William Herschel and Humphrey Davy. Others, like the ill-fated Mungo Park, become the mythical Romantic hero, lost in a foreign land. Of course, the point here is that our modern image of the “scientist” as a somewhat-eccentric loner genius pursuing an idea at great personal risk is a holdover from these Romantic sentiments. Likewise, he points out how Dr. Frankenstein’s transformation into a stereotypical “mad scientist” was populist corruption of Shelley’s purer, Romantic hero who was obsessed and passionate.

The Age of Wonder is valuable precisely because it isn’t trying to explain the science done by its scientists. I’ve read plenty of those and will happily read plenty more. But this is something different. It’s a semi-biographical examination of the zeitgeist of science at a particular time. Moreover, it’s a perfect way of learning about some of the most fascinating individuals from that time of British history without having to devote the time and energy to reading a full-blown biography of each.

For me, the breakout stars of this book are William and Caroline Herschel. Their chapters are some of the most interesting, both from the personal perspective of their lives as well as the chronicle of their contributions to astronomy. It’s remarkable what they accomplished. And it’s great to see the spotlight on an oft-forgotten woman scientist like Caroline. I didn’t know that she received such contemporary acclaim for her discoveries, and although it would be anachronistic to label Banks and the others as progressive in this sense, it’s nice to know that some contemporaries were willing to acknowledge that women could do science (even if that, for some reason, didn’t mean they could be elected to the Royal Society). Holmes spends a lot of time with the Herschels, but if anything, he just makes me want to know even more about them—and that’s exactly what I want a non-fiction book to do.

Holmes pits his Romantic analysis against a second force that drove British science at the same time: imperialism and nationalism. Cook’s voyages of “exploration” were in fact meant to stake a claim to the Polynesian islands for Britain. The tension between Britain the Continent during the Napoleonic era had a significant impact on how Britain funded science. In the chapter on ballooning, Holmes explains that the research into hot-air and hydrogen balloons was not just out of a romantic urge to ascend ever higher into the heavens—some people honestly thought that Napoleon might decide to invade Britain by balloon. And if that sounds silly, just imagine how silly a “drone strike” would sound to them.

If the book founders anywhere, it’s towards the end. The last three chapters chronicle the rise of imperialist, Victorian science as the Romantic generation ages and ossifies under people like Humphrey Davy. Holmes displays a penchant for mixing Romantic poetry into the book at regular intervals, and this tendency accelerates towards the end of the book. Soon he’s regularly quoting entire chunks of Coleridge and Keats. On one hand, I understand that Holmes is a Coleridge scholar. It’s neat that he is able to find these links between contemporary science and poetical metaphor; the English teacher in me is interested in it. On the other hand, I can see how one might think he is overdoing it.

Still, we don’t often get enough poetry in our science books, and that’s a problem. The Age of Wonder appeals to me because it reminds the reader that science and the humanities are not oppositional but complementary. Scientists like Davy were (bad) poets; Herschel was both an astronomer and a renowned musician. Artists like Coleridge were also avid subscribers to scientific discourse, going so far as to integrate the latest discoveries in their poetry and art. We can try to act like Science is some Platonic and objective ideal towards which we can all strive … except it isn’t. It’s an ever-changing, mutable concept, like everything else human beings do, and it’s fallible and subject to the same biases and prejudices that infect our other activities. To not acknowledge this is unscientific. Holmes’ argument is not just that Romanticism influenced science but that it actually makes science better by embracing the humanity that is going to be present in our science whether we like it or not.

This strikes a strong chord with me. I’m a math teacher. I’m also an English teacher. I can do both, yet when I explain this to people, the reaction is almost invariably one of surprise in a way that a math/science or English/history teacher does not get. Somewhere along the way we’ve created a myth that STEM and the humanities are disjoint pursuits. How many times do you hear the old chestnut about “left-brained” versus “right-brained” people/thinking? (It’s a myth, which is not surprising considering most people are good at more than one type of activity….) Let’s not even get started on all the jokes about socially-awkward scientists versus socially-successful (but vapid) liberal arts majors.

More damaging, however, at least in my humble opinion, is the pernicious phrase that comes out of many mouths when I introduce myself as a math teacher: “Oh, I can’t do math!” (Variously: “I don’t have a head for numbers”, “I was never good at math”, “I’m just not a math person!”) Can you imagine if you put a document in front of someone and they recoiled in fear and said, “Oh, I can’t read!” And I’m not talking, here, about people who are genuinely illiterate—illiteracy is a serious problem that should be addressed. But that’s just the point. We live in a society that disproportionately values functional literacy over functional numeracy—yet we increasingly punish humanities graduates and privilege STEM ones.

No wonder my generation is so confused about career prospects.

The dichotomization of science and the arts is a recent phenomenon, as The Age of Wonder attests. Hence, it’s possible for us to become polymaths again, to know the wonders of knowing science and the joys of writing poetry. It’s not only possible but desirable and—oh, I’ll go there—essential for the improvement of society. We need people who understand the technology on which we rely and empathize with each other. Neither science nor the humanities are the “most important” of human endeavours—both are. And it’s not possible to separate them into good little silos. Science and math are creative endeavours. Art can be rigorous, logical, and exacting. So why do we teach kids the opposite?

That’s what I took away from The Age of Wonder. It might just be my personal position with regards to doing science and doing art. Hopefully, though, there are enough people who feel like me that, as I age and become just as crotchety as Joseph Banks, I’ll see the world around me start to change for the better. 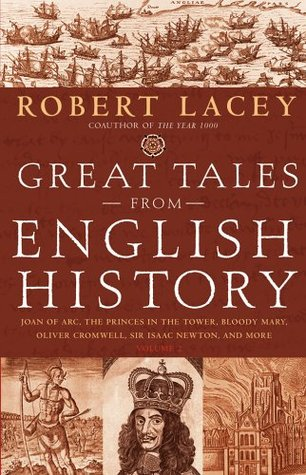 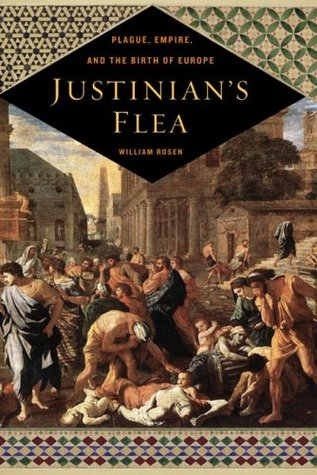