Fans of Christopher Moore may be shocked by this book. Exclamations of “Sacré bleu!” followed by monocles popping out from eyes and spilled cups of tea are probably going to be the norm. For, you see, I enjoyed this book thoroughly. It was an excellent supernatural mystery set in Paris and involving great artists and their muses. But it is not very funny, or at least, it doesn’t have the same, non-stop humorous dialogue and description that I have come to expect from Moore.

I’m not sure I can do the plot justice. It’s a mystery, and a convoluted one at that. Sacré Bleu is really a chain of events surrounding the mysterious death of Vincent Van Gogh. Widely considered a suicide, Van Gogh dragged himself a mile from where he was painting to the house of his doctor—he had a chest wound, you see. In actuality, Van Gogh was shot by a mysterious fellow known only as the Colorman, an itinerant colour maker whose interest in artists is far from benign. When the Colorman starts sniffing around Paris, Van Gogh’s friend Henri Toulouse-Lautrec starts putting together some of the pieces of this mystery. Meanwhile, his friend Lucien Léssard is obsessed with painting the woman who broke his heart and then came back. And somehow, it all comes back to the true blue, ultramarine blue, the sacré bleu that started it all….

Despite not having the same laugh-out-loud dialogue that endeared me to Moore in Fool and Lamb, Sacré Bleu is still an eminently satisfying read. Indeed, my appreciation for Moore’s writing has actually increased now that I see he can turn his wit to a more subtle design when he desires. For make no mistake: Sacré Bleu is still hilarious, with plenty of moments of alternatively light-hearted and dark humour. Humour is embedded in the streets of Paris where most of the novel is set as well as in the artist characters who populate its pages. But there’s a darker, more sinister side to this story as well. It’s this dual nature of the narrative that really impressed me.

Sacré Bleu succeeds in part because Moore makes these famous artists alive. He designs personalities for them, extrapolated in part from the writings and stories and, of course, paintings that they left behind—and fabricated wholly, I’m guessing, when the need was there. I have no idea how accurately he portrays people like Renoir and Manet and Pissarro—working at an art gallery, unlike staying at a Holiday Inn, does not magically give you intimate knowledge of the Parisian art scene—and I don’t really care. What matters is that he makes these artists come alive. And as he points out in the afterword, the possibilities for a story set among artists in late nineteenth-century Paris are endless—there’s just so many cool famous people to rope into the chaos.

Moore wisely chooses to focus on a small core group. Lucien and Henri are the main movers and shakers in Sacré Bleu. Lucien becomes mixed up with Juliette, whom we soon learn is also involved with the Colorman. At first her role in his schemes is unclear—is she a willing accomplice or some kind of dupe? Later, we learn that the situation is far graver and more complicated than one might ever have suspected. As Lucien paints her, he starts ignoring his other responsibilities at the family bakery, and it’s up to his friend Henri to intercede and get to the bottom of the mystery of the Colorman. Of course, sometimes Henri gets distracted—it is Paris after all….

Moore takes his time unspooling the mystery of the Colorman in front of us. He stintingly makes use of flashback, preferring instead to jump once in a while and follow Juliette and the Colorman directly before returning to Henri and Lucien. Through these conversations, he challenges the reader to theorize on the nature of the Colorman, of his relationship to sacré bleu, of his designs on these artists. And throughout the story there is a constant, unshakeable feeling that there is something supernatural going on here, something otherworldly about the Colorman (I kept picturing Toby Jones’ portrayal of the Dream Lord in season 5 of Doctor Who). Yet just when I was convinced the Colorman was something out of fairy, he would go ahead and say or do something that seemed so utterly banal, mundane, and human that I would wonder if I was right after all. Moore keeps me guessing, going around in circles, uncovering bits and pieces of the truth but not quite the whole story—not, of course, until the end.

I wasn’t frustrated at all, though, because I was having a lot of fun along the way. Sacré Bleu isn’t just a mystery about artists—it’s a mystery about, and a discussion of, art itself. It’s a truism that artists suffer—must suffer—for their art, that it is this suffering that somehow allows them to create such masterpieces. Moore takes this idea and examines it from several different angles, teasing out its various formulations and implications. Similarly, the artists talk about light, and line, and form, about colour and technique. I suspect my friends who have studied art or art history would enjoy this book, but no special knowledge of those areas is required. Indeed, Sacré Bleu is a kind of layman’s guide to the painter’s zeitgeist of Paris circa 1890.

And beneath it all there lies a sombre undercurrent, a dark tone to the narrative. Whether or not Van Gogh killed himself or was murdered, he was a disturbed man (eating paint will do that to you). All those artists dying of syphillis. And, of course, the resolution to the mystery of the Colorman, the nature of Juliette and Lucien’s own unique kind of sacrifice, all speak to the muddled nature of human existence. From the good comes the bad, from the bad comes the exquisite. We are all inextricably bound together and wrapped up into a complicated web of truth and lies and everything in between—and nothing evinces that more than great art.

So I’m going to give Sacré Bleu five stars. Here’s why. First, it has a well-realized historical setting, with plenty of fascinating famous characters saying scandalous things (Renoir likes big butts and he cannot lie). Second, it has an excellent historical mystery with just the right hint of the supernatural. Third, Moore puts his characters in real danger and has them make some important choices. Fourth, even with all that gravity, Moore still manages to find time to remind us that this is a comedy—and yeah, it has a happy ending. 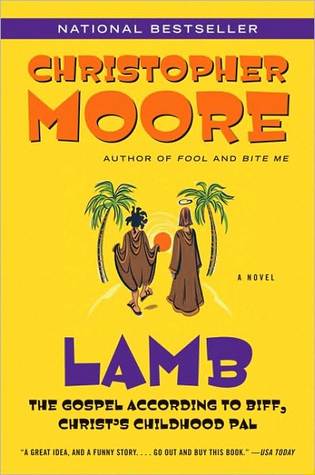 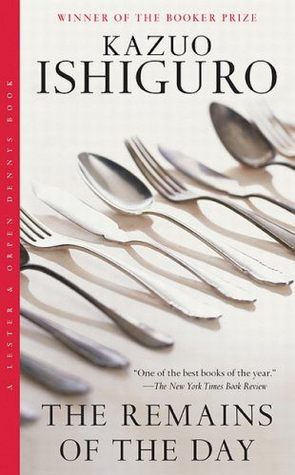