Raymond E. Feist is probably among my favourite fantasy writers, simply because he's mastered the ability to create such realistic fantasy settings while still populating them with fantastic feats of magic. However, Rides a Dread Legion did not live up to my expectations for a new book in a new series of Feist's ever-expanding oeuvre.

A caveat: my experience with the Riftwar Cycle is spotty at best; I think I've read at least one book from every series, but I can't necessarily recall all the details. I'm resolving now to go back and read the series in order, from the beginning, so I can more properly enjoy Feist's writing.

It's the burden of all that accumulated history that undoes Rides a Dread Legion. The book feels too long and too slow--strange, because it's a fairly short book as far as fantasy novels go--because I suspect that fully half of the text is devoted to mentioning, referencing, or recounting events of past Riftwar novels. Familiar characters can barely breathe without Feist attaching an appositive to remind us of how much they've been through.

The plot of this new Demonwar Saga also seems like a rehashing of previous series. Very little feels original, and aside from the surprise at the very ending, much of the novel is boring. There's little element of risk, because we feel like we've been here, done this before. I suspect that the ending is supposed to push aside that idea and show us that no, this is in fact a very different war. I'm not so convinced though.

I don't begrudge Feist weaving the previous events of his sagas into this one--writing as many novels in this universe as he has is a brilliant accomplishment. Yet if you stripped out most of the backstory and exposition, you'd be left with a very thin, shivering work of fiction.

Rides a Dread Legion has a few good moments but is bogged down by the minutiae of its characters' history and the functioning of magic in Midkemia. Die-hard Feist fans will read it anyway, but newcomers should stick to one of the older series instead. 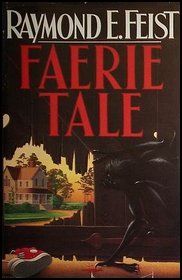