Faerie Tale is at times delightful urban fantasy and at other times heavy-handed and forced. I really liked it the first time I read it, several years ago, but upon re-reading it I’m forced to pay attention to its flaws as well as its fun parts.

My attraction to and enjoyment of Faerie Tale stems from the atmosphere that Feist creates and sustains through the entire book. The threat of the mischievous faeries to the Hastings family seems real in that dull, throbbing sense of dread one feels about coming home only to find the door ajar. For the majority of the book we get only glimpses and whisperings of the faeries, meeting one once or twice during particularly dramatic moments. Gabbie’s encounters with Wayland Smith and the Fool were both charged with a sense of erotic danger, culminating in her near-rape at the hands of the latter. Similarly, in the scene where Patrick is replaced by a changeling, it's very easy to empathize with his terrified twin brother, Sean. Feist’s descriptive style and easy way with dialogue makes the book very readable.

Unfortunately, there are deficiencies of plot and character which are hard to ignore. Although the first half of the book is a slow-moving, entrancing and suspenseful narrative, the ending feels rushed and compressed to fit my TV. We barely get to meet the Faerie Queen before she’s speaking English to us, telling us we'’e good kids, and rushing offstage. There's no sense of drama or gravitas here. Thus, in an ironic way, the faeries in Faerie Tale were better plot devices than they were characters—far more interesting when we couldn’t see them in the first half of the book! After the climax, the denouement takes all of five pages. Now, I’m not advocating a LOTR-style fifty-page ending … but I would at least like more than some memory alteration. It just feels tacky.

Most of the characters don’t feel right either. First, there's Gloria and Phil, wife and husband. Gloria begins as a sensible mother, but by the end of the book she's an emotional wreck, fraught with concern over her twins. Feist essentially writes her out because he needs Sean and Patrick to confront the faeries alone; it’s quite disappointing. Phil, on the other hand, gets assigned the stereotypical role of “Damn the torpedoes, full speed ahead” father, who huffs and puffs whenever his sons are in danger but actually has no clue what to do.

Second, there’s Jack, a good ol’ North Carolina boy, and Gabbie, Phil's daughter from his first marriage. They fall in love in about a week and decide to get married by the end of the summer. Feist seems determined to avert the “snotty rich heiress” trope in Gabbie, but as a result she comes off as … well, not a real sister. There is almost no family discord beyond the mundane, “Answer the phone while I'm in the bath, tweebs” (only they don’t use “tweebs’ in the ’80s, I suppose). Phil and Gloria barely bat an eye when Gabbie announces her engagement to Jack.

The only realistic characters are the twins, Sean and Patrick, who act like ordinary eight-year-old boys. Even the faerie threat is just another adventure—albeit a scary, life-and-death adventure. I like Sean and Patrick. And they'’e arguably the only people changed by their experience in New York (since everyone else forgets about it afterward). Sean becomes more confident and feels more equal to his adventurous brother. The rest of the family experiences zero character development—in fact, one might say they experience negative character development. I was quite disappointed when Phil decided he would move back to California and write/direct a new movie in his franchise simply because the money was good. At the beginning of the book, he makes it clear he’s moved east to get away from Hollywood life and focus on returning to writing novels. But apparently that sort of reasoning can be bought, if the cheque is large enough.

As a final interesting observation, this book is now old enough that it mentions contemporary technology as if it were new. Gabbie and Jack buy Phil a “word processor” for his birthday, on which he plays Zork. When Patrick falls ill, they fly in a neurologist with a “prototype magnetic resonance imaging unit.” I don't hold it against the book—after all, as long as technology continues to progress, any book that employs “modern” technology will feel aged. I’m just entertained by it.

After a second reading, Faerie Tale seems more flawed than it did at first. Maybe that's just because I was younger and less critical then. It's a good book, but not a great book, and it could have been something better had its characters been more developed and its plot wasn’t so rushed. 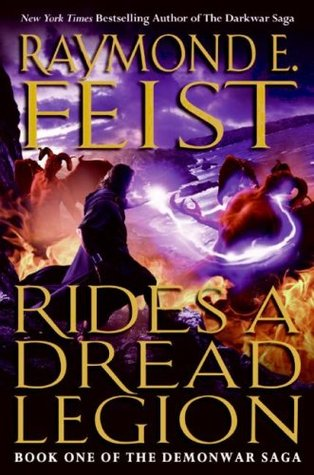 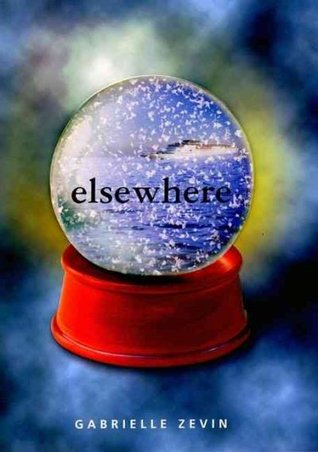