I seem to remember reading some or all of Stephen Baxter’s Manifold books when I was much younger. Those also involved a future sentience/intelligence at the end of the universe reaching back in the history of the universe to alter events through weird, inexplicable phenomena. So I guess this is a thing for him. Proxima starts its life as a straightforward tale of enforced penal colonization of another planet before gradually sprawling into a parallel tale of solar system politics before eventually becoming something about exploring weird phenomena. Basically, it’s typical Baxter. I would have loved this more when I was younger.

The story gets much better after all the potential settlers, save two, die at the settlement site of interest. The survivors are left with the knowledge that they are no longer trying to establish a self-sustaining colony but are basically just eking out an existence day to day for the rest of their lives. Baxter leaves us thinking that this is the most cockamamie planetary colonization scheme ever dreamed up, until the very end—although the UN is majorly saved by the discovery of The Hatch, because otherwise I still think their colonization plan was a terrible one.

Weird and wacky hijinks ensue, with babies and twins and sentient robots and exo-geological and exo-biological observations. In one of the more blatant set ups I’ve seen in a while, nothing gets resolved before the end of the book—either this book was originally twice as long and had to get split in two, or else this is a cynical attempt to make people buy Book 2, because literally there is no ending. It’s cliffhanger, epilogue, done. Who are those guys, the lost Ninth Legion? I don’t know. Buy the next book to find out!

I know my sarcasm above makes it sound like I hated this book, and that’s not the case at all. In fact, for the majority of Proxima, I was enamoured to the point of really wanting to keep reading. That’s probably some of the highest praise a book can receive, right? It is a fun story. It’s just that its substance is stretched so thinly across these 400-some pages.

By far the best thing about Proxima is the way Baxter describes life on Proxima c, or Per Ardua. This is a beautiful look at what it might be like to colonize an exoplanet—not just another planet in our solar system, like Mars, but a planet around an entirely different star, one with life like but unlike the life on Earth. Baxter covers the challenges—having to manufacture soil in which to grow crops, adjusting to the different day/year lengths and the increased radiation, the need to carefully select one’s settler groups to avoid what happens here. In his slightly more fanciful but no less impressive depiction of alien, possibly sentient life in the builders, Baxter reminds us how difficult it would be to communicate with a species not of our planet. Basically, Proxima is a potent reminder of the practical challenges awaiting us if we ever attempt to colonize an exoplanet.

For all of the above, however, there were paragraphs of expository description and dialogue. There were extraneous characters and paper-thin politics. And all the characters, major or minor or extraneous, fit into a small number of moulds, from the cartoonishly macho and aggressive people like Gustave Klein to the suave but untrustworthy Michael Kings and Earthshines of the world. There is neither depth nor breadth to these people.

I can’t help but keep comparing Proxima to Red Mars, the other colonization SF novel I recently read. They share many strengths and flaws. Both are very technical, almost pragmatic looks at the difficulties of settling other worlds. Both have somewhat pessimistic ideas about how much humanity can cooperate in these endeavours (but Baxter’s political scenes are a little harder to believe than Kim Stanley Robinson’s). Is it weird that I found Proxima more engaging, but Red Mars overall the better book? Perhaps that’s just my lingering, Singularity-related obsession with weird alien artifacts manipulating space and time.

I’m not going out of my way to recommend this book. If you like this sort of thing, you will probably like Proxima, and there are way worse books you could spend your time on. I can’t even say it’s more ho-hum, nothing-to-see-here, because it definitely has one of the best depictions of exoplanetary settlement we’ll get for a while. Baxter loves to do the research and show off everything he has learned about exoplanets; I can’t fault that love. I just wish it had led, overall, to a more involved story with more interesting people. 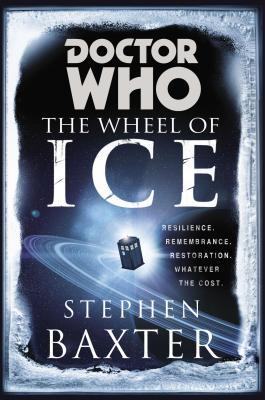 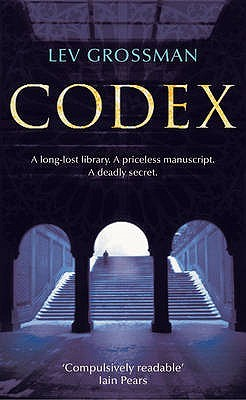