PRISONER OF THE STATE by Zhao Ziyang ★★★ | Kara.Reviews
Start End

I’m not exactly up on the Chinese history; it’s not a subject that we covered much in school. Most of what I know comes by way of hazy pop culture references and exposure via the slightly counterfactual nature of science fiction and historical fiction. Moreover, having been born and raised subsequent to the Cold War and the height of anti-communist sentiment in the West, not to mention just after the Tienanmen Square incident, the history that features in Prisoner of the State belongs to that middle part of the twentieth century I fondly call the "lost years". If it happened after World War II, we didn’t really talk much about it in school. So I try to remedy that oversight by reading about it on my own time. I can’t quite recall what put Prisoner of State on my radar. It’s been on my to-read list for a few years now. My public library in Thunder Bay didn’t have a copy, so I had relegated it to the "to buy, eventually" shelf. Fortunately, I managed to find a copy in the Suffolk library system, so I jumped at the chance to read it now. And … it isn’t quite what I was expecting.

What strikes me the most about Zhao Ziyang is his unwavering focus on economic reform. From the title, not to mention the fact that he composed these thoughts while under house arrest, set me up to expect a more politically-focused tract. Knowing precisely nothing about Zhao, or indeed the structure of the Chinese leadership, prior to this point, I wasn’t prepared for Zhao’s intense, detailled discussions of how China’s economy changed in the latter part of the twentieth century. At times the minutiae become tedious, the trees threatening to rise up and swallow the forest. For the most part, though, Zhao’s account is enlightening.

Zhao’s discussion of the different paths that China could take in the 1980s provides an important context to the China that exists today. I now better understand the paradox of the People’s Republic of China: a country ruled by One Party where personal freedoms are constrained, but economic freedom has expanded markedly. Much of this is thanks to Zhao and his supporters, for they believed that the strict, centralized planned economy inherited via Stalin and Mao was doomed to failure, at least for a country the size of China. Zhao repeatedly explains that he could not abide the waste and inefficiency that resulted from a top-down, planned economy, and he saw more free-market solutions as the only way to drag China towards a twenty-first century where it could compete and interact at an international level.

That Zhao was not more interested in the political side of things might seem surprising to an outsider like me, but he also offers some insights into why this might be so. He admits that he was, at least until they came for him, fairly conservative regarding the possibility of the Party abusing its power. Like something out of Nineteen Eighty-Four, he is complacent about the system until it turns against him. This is most evident when he contrasts himself and his associate Hu Yaobang, who shared Zhao’s zeal for economic reform but was also much more interested in bringing a more open democracy to the country. Zhao’s caution allowed him to remain even when Yaobang was removed by more conservative opponents—though, of course, that same caution and lack of political deftness contributed to Zhao’s own eventual downfall.

It’d be inaccurate for me to represent Zhao as completely devoid of political leanings. Importantly, Prisoner of the State shows his growth in this area. Even before his house arrest, Zhao begins to understand that economic reform is difficult without political reform. The "beloved" Party elders are slow to retire—they like to hang on to power, unsurprisingly, and the cult-of-personality-style political system has encouraged reverence from their followers to the point of deference. The most conservative elders are very opposed to Zhao’s reforms, but there are no checks and balances to remove their influence. Similarly, once they begin to turn against Zhao and investigate him, he experiences firsthand the way an authoritarian government can trammel upon the rights of an individual, Party constitution or no.

The Zhao who speaks in this journal is a different Zhao, a Zhao who understands that China’s future is as much about political reform as it is economic reform. Just as he recognized the terrible inefficiencies that plagued a centralized, planned economy, Zhao began to understand the inefficiency inherent in political power concentrated within an oligarchy. His personal journey towards these revelations, recounted with a small dose of hindsight, provides intimate insight into China’s political climate in the late twentieth century. I definitely emerged from this book with a better understanding of how the people in power thought and the way communism was operating in China during those years.

I wouldn’t necessarily recommend this book to a general audience. It’s somewhat technical at times—economics isn’t my best subject, whereas Zhao clearly lives and breathes such theory—and packed with historical, geographical, and ethnographical detail that can overwhelm at times. For students of Chinese history or political science in general, though, this would be a fascinating firsthand account. Prisoner of the State is less about Zhao’s own personal gripes with house arrest—he gets past that after the first chapter or so—and more a meditation on what he dreamed China could be versus what it has turned into. It is at times cynical and at times hopeful, for even though he spent the last years of his life in a gilded cage, Zhao still dreamed of a China that could change. 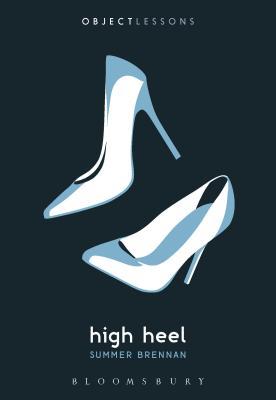