I’ve been reading the most extraordinary, eloquent encomia of this book. There is something about Mrs Dalloway that provokes people into passionate reminisces of their own experiences, whether it’s middle age, walking through London, or navigating the perilous minefields of relationships. I wish I could contribute to that corpus. Truthfully, the intense style that Virginia Woolf uses in Mrs Dalloway made it very difficult for me to read, and that has damped my enthusiasm for what is otherwise a very fine book.

The introduction of my edition labels Mrs Dalloway “experimental”, and Woolf’s style is certainly distinctive. Her long sentences are connected into even longer paragraphs, with a liberal sprinkling of colons, semicolons, and such a complicated chain of pronouns and antecedents that reading this book was quite a workout. Woolf has a way of describing things that reminds me of Stuart McLean from The Vinyl Cafe: small, meandering descriptions that are almost but not quite tangents; similes that might be called epic. With no chapter divisions and precious few indications of a change of setting or perspective, the reader must remain alert for such shifts. One moment Woolf is delving into the psyche of Clarissa Dalloway or Peter Walsh, and then the next paragraph delivers us into the mind of Septimus Warren Smith. More than just flies on the wall; the audience experiences a rapid, ever-changing kaleidoscopical view of London, 1923. Finally, it’s worth keeping in mind the fact that Mrs Dalloway takes place over a single day, as Clarissa prepares for her party. This is a compressed yet verbose tale, and it is not to be underestimated.

I can’t say I enjoyed reading this book, because the aforementioned style just doesn’t work with me. That might change—I have a feeling this is a novel I can go back and read at different points in my life, and my opinion will change as I get closer in age to the main characters. Nevertheless, I would be a fool to dismiss the book simply because the act of reading it was not a leisurely one for me. There’s a multitude of heavy themes in Mrs Dalloway, ranging from commentary on the effects of war on soldiers to the treatment of mental illness. Clarissa ruminates over the love she felt, and still feels, for another woman who has since drifted out of her life—a woman who, unlike Clarissa, chose to be bold and speak her mind. Peter Walsh happens to return from India on the day Clarissa, his unrequited love, throws a big party. Mrs Dalloway is an emotionally-charged, socially-critical novel with a fascinating cast of characters.

My difficulties with this book extend to analyzing it, because I confess I didn’t always follow assiduously the progression of the plot. So I’m going to pick one thing about Mrs Dalloway that I liked and talk about it: the parallels between Septimus Warren Smith and Clarissa Dalloway. These were made all the more interesting to me by the fact that, at first, I didn’t know what the hell the back of the book was on about “as she prepares for her party the links between her and the shell-shocked Septimus Warren Smith become ever more apparent”. On the surface, these two characters are the least connected of the entire book; their storylines seem to develop completely independently, connected only by a few people common to both. And at first, at least to me, they seemed quite different: Septimus is suffering from mental illness as a result of his experiences in the Great War; Clarissa is stable—or is she?—if not particularly happy in her marital and social situation. But it’s these contrasts that make these two characters so intriguing.

Woolf portrays Septimus in an extremely sympathetic light. He is surrounded by people concerned for his wellbeing but utterly unequipped to treat his condition. One doctor wants to lock him away in an asylum; the other merely regards Septimus as being “in a funk” and views health as a matter of willpower and attitude, not physiological phenomena. Septimus’ wife, Italian by birth, loves him and doesn’t want to leave him—but at the same time, in his most lucid moments Septimus feels an intense shame that he has brought her into these circumstances. As he drifts in and out of lucidity, Septimus meditates about the evils humans inflict upon one another.

Clarissa has also seen her fair share of human foibles, albeit not in the trenches. She suffered through the influenza pandemic, and now she is the wife of a Conservative MP. She could have married Peter Walsh and been whisked off to India, to live in an exotic lifestyle! But she didn’t. She loved Sally Seton, a girl who was never afraid to speak her mind or blurt out a joke—but that sort of attraction was improper, unacceptable, intolerable. So she buried it. Clarissa, no longer a young woman, finds her mind weighing upon all these turning points of her past. And so, even as Woolf criticizes war and the treatment of mental illness and homophobia, she is also asking a very compelling question: why do we choose one course over another? Actions, as is being stressed to me in my professional year at the faculty of education, speak much louder than the words that describe them or the intentions that inform them. What is it that compels us to act in one way and not the other?

Mrs Dalloway is an intensely reflective novel. The characters are obsessed with their past—but we all are—and this party of Clarissa’s is a locus around which those memories, and their owners, cluster. Parties are effusive social gatherings where the goal, if that is a good term, is to demonstrate one’s happiness to the rest of the world. The “party smile” and “party talk” is exchanged as freely as food and drink, and everyone is civil and amiable and not particularly critical, except perhaps on general, impersonal subjects. This is the society in which Clarissa lives: the society of personae, of roles; she has become a character in her own life. And so, if one happens to wonder if one is happy in life, it seems to me that a party is a particularly poor place to pose such a question, or to attempt to find the answer. Mrs Dalloway demonstrates that happiness is a difficult commodity to lay claim to, simply because it is so difficult to quantify or define.

I cannot, like some of the other reviewers here, endorse this book with such whole-hearted enthusiasm and love. I think if you’re in the proper frame of mind and, like me, need to remedy that situation of not-having-read-Woolf, then this book would work well. I should definitely revisit it in the future, when I’m older, and perhaps at a time where I am at more leisure to read it slowly and thoroughly, to acclimate myself to Woolf’s style like a scuba diver does to the pressure changes beneath the ocean. Only then do I think I can give Mrs Dalloway the attention it deserves, because it might not be an excellent or amazing book, but it is definitely a remarkable one. 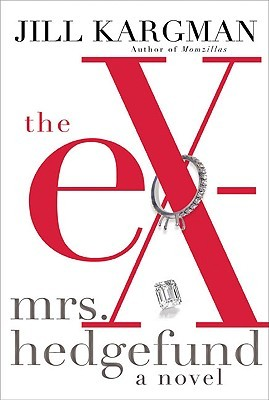