So, this was bizarre.

Horrorstör is a wacky horror novel. It's set in an American knock-off of Ikea called Orsk. This particular Orsk store is haunted, however, and three employees stay overnight to get to the bottom of it. Grady Hendrix attempts to enhance the novel through a number of artistic gimmicks ranging from the chapter titles/descriptions to the entire design of the book.

As far as the design goes, it's a nifty idea. It would get annoying fast if every book did this, and to some extent I started ignoring it towards the end. Just give me the story, damn it! However, it creates some nostalgia for kids' books. At some point along the way, my novels stopped trying. When I was younger they were shiny and glittery and full of bonus games and pop-out cardboard figures and holographic covers. Then gradually, the sheen faded and the glitter receded, leaving only the most minimalist and "professional" of designs. It says something interesting about our society's aesthetics around reading and books that what Hendrix attempts here is somewhat unusual.

Of course a gimmick is usually a way to prop up a poor story. I don't think that's the case here. The story actually has everything it needs to be engaging: a diverse ensemble cast with clear motivations, a clearly-defined threat and conflict, and plenty of twists and turns to keep people guessing. Indeed, the characterization in particular impresses me. All the main characters get a fair amount of development. Amy, the protagonist, is not all that likable (but is still fairly sympathetic). And while Basil begins the story as your stereotypical "I drank the Kool-Aid" manager, we eventually see there are other sides to him.

Where Horrorstör begins to lose me is the attempt to blend different tones of humour in with the horror. As the novel opens, Hendrix wants to satirize the emptiness of working day-in/day-out for a massive furniture retailer. Elements of this satire persist throughout the story. Meanwhile, we also see parodies of everything from ghost-hunting reality TV shows to the subversion of the "kindly, quiet middle-aged woman" trope.

The book just puts so much on the shelf, to borrow an improv term, and it doesn't always come back for some pay-off. The ending in particular feels like a let-down (but then again, what ending to a horror story isn't?). After a lengthy, somewhat confusing, but definitely intense journey inside Orsk, the survivors emerge ... and then leave? And then some time passes before the novel implies a Horrorstör 2 is about to happen.

Smash-cut to artsy credits while a rock song popular in the early 2000s plays.

I would make this review longer (maybe), but I'm writing this in Windows and am seriously missing my Compose key for inserting these accented characters.

Horrorstör brings it. I don't know exactly what "it" is, but it's at least brought. I'm not sure there's a clear audience for this--is it for horror fans? Horror parody fans? Parody fans? Furniture store fans? I shrug. It doesn't really achieve top marks in any category, but I stayed engaged, and I enjoyed the ride. 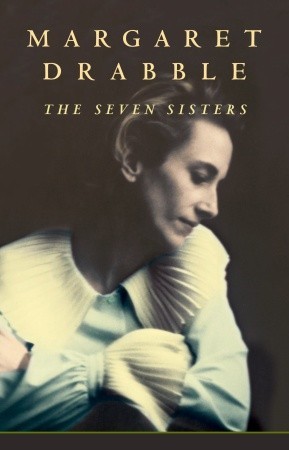