It's easy to review something you hate. Indeed, reviewing a bad book is enjoyable, because you feel free to tear it apart and vilify it as much as possible--your harshness is excused, justified by the poor quality of the book itself. Reviewing a good book is more difficult; you have to struggle to find something interesting to say or to come up with criticism. It is nearly impossible to review a great book with any amount of confidence, for then you feel the weight of having to do justice to something that, in your opinion, exceeds the excellence of sliced bread by a long measure.

That's how I feel about Midnight's Children. I began the book wanting to fall in love with it, anticipating it because I'd previously read other works by Salman Rushdie. Thus, I was already favourably predisposed toward the book. Yet at first, I thought it merited only four stars--I desperately desired to give it five, but the critic in me stubbornly demanded four. However, at some point during the last half of the book, my resistance melted, and I got it. I thought, This is good--not "good" in the sense of mediocre, but "good" in the sense of good storytelling and good writing and, crucially, good will. Try as I might, having finished the entire book, I am at a loss for criticism. What follows is an untempered, completely biased encomium of Midnight's Children. I make no apology for this.

Rushdie personifies the country of India in a single citizen, and tells its history allegorically through the autobiographical account of the narrator, Saleem Sinai. To borrow some phrasing from the book, India is Saleem and Saleem is India. The significance of this narrative framework was lost on me at first; the frame story of recounting one's autobiography seemed like a mere interesting plot device rather than a brilliant theme.

Saleem has taken narcissism and followed it to its extreme logical conclusion--i.e., he is so self-absorbed that he believes events in his life precipitated events in India's history. As he recounts his life story, he pronounces judgement upon his past self (whom he often refers to in the third person, a separate entity from the omnipresent, judgemental "I" of the unreliable narrator). It took some time for me to realize that this was Rushdie's way of generalizing the Indian collective consciousness at various key points during its history--Saleem's judgements weren't a statement about Saleem, but a statement about how Indians felt about India, how they saw themselves and their society, at that period in their history. With this in mind, the entire narrative-as-allegory fell into place, and I truly began to appreciate the masterpiece that Rushdie has created.

Rushdie's prose and style are second to none. He takes liberties with the English language the likes of which we haven't seen for the better part of a century. As with any good writer, his diction and syntax are just two more tools he uses expertly to create atmosphere and tone. Midnight's Children is packed full of one-sentence paragraphs consisting of semi-colon connected clauses. Commas become optional if they'll break the stream of consciousness. While ignoring (or at least stretching) such basic rules of grammar can be perilous, running the risk of making the story hard to follow, Rushdie never crosses the line.

In fact, the actual experience of reading Midnight's Children reminded me why I love prose so much, why reading is eminently superior to other forms of entertainment (I'm looking at you, television!). In the hands of an author like Salman Rushdie, words can transcend language, and prose becomes beautiful. While other authors can describe a scene in such a way that I feel present, that I can smell the smells and feel the textures, Rushdie wields a different sort of literary magic: his words evoke emotions, their euphony resonating with the soul and reminding us of the beauty of life itself. I savoured the words of Midnight's Children, each one dear to me because I knew I could only read it once--this is the type of book, of course, that requires many readings before one can truly get a handle on it, but the first time is always special. I can tell, without reading any other reviews, that many will reject Midnight's Children on the grounds that it is too difficult to read. That viewpoint is valid, but it represents a denial on the reader's part of a willingness to surrender themselves to the experience. Such people prefer lighter fare, books that are easier to digest or utterly linear in narrative. And there's nothing wrong with that per se, but it is their loss.

Many of the characters are at once complex and stock, deep and three-dimensional while still blatantly allegorical. In this way, Midnight's Children reminded me of Shakespeare, whose characters were often representative of abstract concepts or environs. Amina Sinai, who changed her name from Mumtaz Aziz in order to have children, is the mother of Saleem, and thus the mother of India--except that we quickly learn that Saleem is not Amina's biological child (yes, a changeling, he was switched at birth!)--so what implications does this have for India? Here Rushdie interweaves his favourite motifs of post-colonialism. Saleem has two possible biological fathers: Wee Willie Winkie, and impoverished street singer and performer, and William Methwold, an expatriate Brit who subsequently left India after it gained independence. This uncertainty mirrors the deep-seated identity crisis that India must have undergone shortly after becoming its own country--is it the byproduct of colonial Britain, or the creation of its own common people? By never answering the question for certain, Rushdie preserves the duality of this crisis (the answer, of course, is that India is both, and neither, but such a phenomenon would stretch Saleem-as-metaphor somewhat further than necessary). Saleem observes his tendency to "give birth" to parents in a sort of "reverse fertility", much like India struggles to find its own leaders and voice as its various internal ethnicities vie for power. Although Saleem himself is Muslim, he often refers to the Hindu mythology entwined with Indian culture, and at times he refers to himself as a buddha (not, however, a Buddha with a capital B!).

Religion figures prominently in Midnight's Children. Lack of religion is the motivating factor behind Saleem's grandfather's life, one which leads to his obsession with a perforated sheet, dooming Saleem and India to its fate. The partitioning of India, into Pakistan-and-India, and then Pakistan-and-India-with-states, is a response to the religious tension among India's people. Who is Muslim, who is Hindu? Who can have power, and who must be persecuted? Former friends become enemies, opposing generals moving their armies into battle against each other. And ultimately, no religion is safe from corruption by the humanity that drives it: Hindus and Muslims alike do terrible things, to their own people and to each other. India, like many countries in the world, unlike many countries in the world, was never One Big Happy Family, much like the Sinais struggled with their own dysfunctional unity.

The culture and history of India make it a perfect setting for magic realism in a way that is no longer true for places like Canada and the United States. This is the romance that has lured me into my love for fiction about India. Even now, when India is quickly modernizing, it's the duality of technologically-advanced cities alongside undeveloped rural villages that preserves India's vulnerability to magic (and perhaps to the optimism virus of the Rani of Cooch Naheen). The thousands of gods of the Hindu pantheon and the one-true-God of Islam coexist alongside the gods of technology, their religion enshrined and embedded in their culture far beyond what we experience in our increasingly secular countries. That is not to say that India is superior to other countries. But it goes a long way in explaining the attraction of India, its siren call to young, impressionable travellers who are looking for meaning in a world they have discovered, much to their discomfort, to be harsh and unforgiving.

In Midnight's Children, Rushdie captures the simultaneous states in which India exists throughout its history, much like a particle may actually exist in several states of quantum superposition, only to have is wavefunction collapse upon being observed. Yes, I just compared India to Schrödinger's Cat. You want to make something of it? 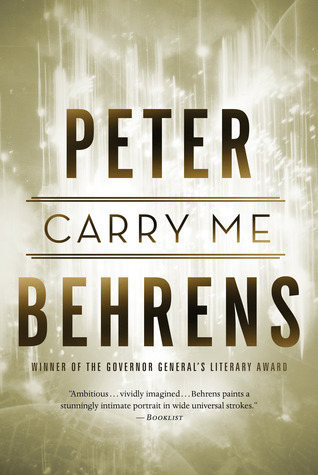