MASTER OF THE WORLD by Edward Willett ★★★ | Kara.Reviews
Start End

Is this the year of me finally reading sequels closer to the previous book? First I read The Obelisk Gate, and now Master of the World hot on the heels of Worldshaper? Who even am I?

As usual, spoilers for the first book but not for this one.

Edward Willett picks up the story where he left off in the first book: Shawna Keys has abandoned the world that she Shaped to the Adversary. She has fled to the next world over, whose Shaper she must locate—on her own, because her ally Karl Yatsar was trapped in her world when the portal snapped closed behind her. Shawna must navigate through a world built out of Jules Verne stories and steampunk fantasies. With no power to Shape this world and only a suspicion as to the identity of its Shaper, Shawna has few assets and fewer allies. Master of the World promises to be an even more suspenseful adventure than Worldshaper.

I was somewhat critical in my review of Worldshaper regarding the cliffhanger ending and the way Willett seems determined to draw out the overall labyrinth arc for what seems to be the whole series. Now, though, I get it. There is so much potential here for adventure that the overall story actually feels like it’s going to be disappointing in comparison. I did not miss Karl Yatsar and the Adversary. Shawna’s challenges in this world, including her contentious, uncomfortable interactions with its Shaper, are interesting enough to carry this whole book. Without going into details, I’m satisfied with how Willett leaves us on another cliffhanger yet also drives forward the overall arc somewhat too.

The writing here is just better as well—it feels like it lacks a certain amount of the self-consciousness that I noticed in the first book. Maybe it’s because Shawna, having left her world, can no longer Shape people and event to her liking. She really fucks up with one of the first characters she tries to befriend, and I like that Willett doesn’t let her paper over the mistake at all. Shawna’s fallibility makes her a lovely, three-dimensional character whose clever ideas keep the plot moving forward even as her mistakes or miscalculations make things more interesting.

If you think that the inability to Shape anything means Shawna doesn’t continue to wrestle with the moral philosophy of Shapers, think again. If anything, Willett takes the dilemma up a notch; once Shawna meets the Shaper of this world and learns a little more about her old life, she is faced only with more questions. First, she wonders if she is as amoral and thoughtless as she evaluates the other Shaper to be. Second, she isn’t sure if not re-Shaping this world is any better than re-Shaping it would be. Once again, I’m pleased that Willett takes the time to properly consider the full ramifications of making a human being a god of their own world rather than just exploring the powers that such status brings.

This series is some fairly thoughtful fantasy fiction. Again, there is a “wow” factor missing that holds me back from endorsing it whole-heartedly. But I would be lying if I pretended not to enjoy or be impressed with the skill and storytelling on display here. 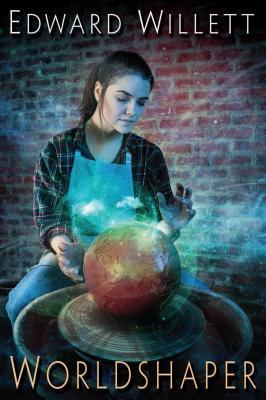 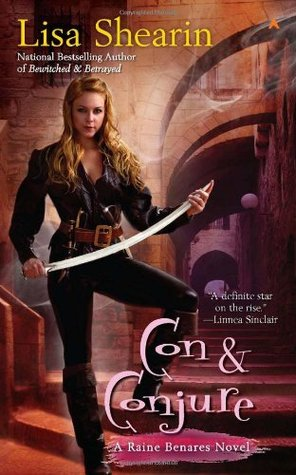