IN THE SKIN OF A LION by Michael Ondaatje ★★ | Kara.Reviews
Start End

It’s never a good sign when the first thing you do after finishing a book is to go to its Wikipedia page and scrutinize the plot summary for some hint of what happened.

For some reason, I always choose to read a complex or very “literary” type of novel on what turn out to be my busiest weeks. When I started In the Skin of a Lion, I was neck-deep in my unit planning for my English instruction course. (I developed a unit for Grade 9s studying A Wizard of Earthsea.) Even my impressive ability to find time to read was put to the test, and it didn’t help that Michael Ondaatje’s prose and narrative are both incredibly stylized and poetic. I’m starting to develop a guilty conscience for not liking books like this more, because there is nothing wrong with being stylized or poetic, so I can understand why Ondaatje’s writing appeals to some people. But my mood and the timing were such that my heart just wasn’t invested in this book, and that makes it very difficult for me to separate my apathy toward the act of reading it with any apathy I might feel as a result of the story itself.

I just didn’t pay attention to what was going on in this book. The narrative mostly follows one character, Patrick Lewis, son of an explosives expert. It jumps sometimes to a few other characters, such as Nicolas Temelcoff, with all of these characters related to Patrick’s narrative in some way. Ondaatje portrays the poor-to-abysmal quality of life of the lower class that laboured to construct some of Toronto’s greatest early twentieth-century achievements in city infrastructure. In the Skin of a Lion is a novel of blood, sweat, and tears of the immigrants who helped build one of the hubs of our nation. It’s ambitious, and in some sense I would agree that Ondaatje realizes his ambition.

Alas, I couldn’t quite stay along for the ride. Ondaatje plays fast and loose with flashbacks, and maybe this says something about my limitations as a reader, but I prefer a straightforward internal chronology. It would have helped if there were a single character to anchor me to the narrative, but they all feel interchangeable, even Patrick. There is no protagonist because there is no conflict, just the faceless shuffle against the background the inequity of life. Patrick seems to do things, once in a while, including some fairly risky actions with explosives, but I was too disengaged to be able to speak intelligently about why he might have done this.

The back cover bills this as a love story. A love story between whom? Patrick and Clara? Patrick and Alice? People and Toronto? There are times when it feels like one or all three of these … but those times are difficult to distinguish from each other. There is just an oppressive sense of bland sameness to every chapter of this novel such that even though I’m sure things happened, it never felt like they were happening. The present tense submerged the plot and did not let go until all its limbs had quite thrashing and, finally, went limp. And I never quite understood Patrick’s motivation—why was he so interested in digging into everyone’s past?

I am dissatisfied not with the book but with me. In my review of Napier’s Bones I talk about letting a book down, and now that sentiment has returned. It’s not a case of a book failing to live up to its hype; rather, I feel unable to judge effectively whether it did or didn’t do that. When I dislike a book, I want to be able to present cogent reasons why. I hate feeling like one of those people who just completely missed the point of the exercise. Yet the prospect of re-reading this book when my mind is less taxed does not particularly excite me.

Such is the ultimate refuge of subjectivity, I suppose: we readers are humans, not book-devouring robots. (I know, I know, hard to believe!) We have moods and phases, and sometimes a perfect storm of time and tasks and not-the-right-book combine to throw us off our groove. I can neither recommend this book nor caution others against it. It’s definitely beautiful, in its own way, and I can see why it has attracted acclaim. But it is not universally accessible: it demands a certain amount of stillness, to channel Yann Martel for a moment, that I couldn’t quite provide this time around.

I have another Ondaatje kicking around somewhere. Maybe the second book will be easier than the first. But that is for another week. 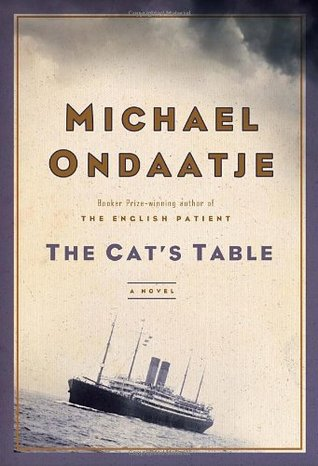