Do you ever feel like you have let down a book, not the other way around? That if you had been smarter, funnier, prettier, then the book wouldn’t have broken up with you by text message and started dating your friend, who really isn’t all that much prettier than you and has terrible taste in clothing and music and restaurants anyway? No? Just me? OK. I kind of feel that way about Napier’s Bones.

I first heard of this book from a “Big Idea” piece on John Scalzi’s blog. It sounded amazing: mathematics as magic! People, called numerates, who can see and manipulate numbers. I had a coworker this summer who has a form of synesthesia where numbers move around for her, and I was really curious about this phenomenon. Derryl Murphy’s concept reminds me of that, and of course as a mathematician myself, I’m fascinated by the idea of being able to manipulate numbers in a very real way. So I was excited for this novel and bought it new a few months later.

Alas, this is one of those times when the premise is far superior to the execution.

For the first few chapters, this is an OK book. Indeed, my mathematical interests had me positively tingling as I read about Dom’s acquisition of an adjunct, the shade Billy, and his newly-minted status as a fugitive from a shadowy opponent. It was an in media res opening that promised Murphy would keep the action going right until the last page. For the most part, he delivers on this promise, which is one reason I decided to go with two stars instead of one. I have many criticisms of Napier’s Bones, but “dull” is not one of them.

The cracks are tiny but appear early. Murphy loves his exposition, and although Jenna is by no means a minor character, her primary role for the first half of the novel is as a listener to Dom’s Mr. Exposition-pants (TVTropes). The action/travel sequences are really just what happens in between the lengthy conversations in which Dom explains how numbers behave, how numerates manipulate them, how mojo enters into the equation, etc. Jenna nods and smiles. It’s the most unsatisfactory way to explore a mythology and a magical system; I wish Murphy had put as much effort into unfolding his universe as he did constructing it in the first place.

The real trouble begins about halfway through, when Jenna and Dom get rescued from near-certain death by a mysterious, defrocked priest who introduces himself as Father Thomas. It turns out that John Napier is back from the dead, has possessed someone important to Dom or Jenna, and is after some of his old artifacts in a quest for ultimate power. Fair enough. I mean, his name is in the title, so I was expecting Napier to show up—in body or in spirit—at some point, and I was pretty sure Napier’s actual bones would be an important part of the story. I have no problems with this. Once again, however, I take issue with how Murphy communicates all this information. (And I could have done without being told, almost every time his name comes up, that Napier invented logarithms. I get it.)

Father Thomas explains why it is so important for Dom and Jenna to hop on a flight he has booked them to Scotland. And then we never see Father Thomas again.

When you introduce a character for a single chapter whose only purpose is to provide major exposition and a plane ticket, you are doing something wrong.

So Dom and Jenna hop the pond to Scotland, where they gallivant across the countryside, searching for several important artifacts. They meet another ally in their quest, in the form of intelligent numbers who collectively choose to call themselves “Arithmos”. I wish I were making this up. When the talking numbers enter the story is where I draw the line and where Napier’s Bones goes from slightly flawed to outright bad. Murphy’s interesting idea about numbers being a form of magic degenerates into a messy equivocation of magic and quantum mechanics. With each chapter, he introduces new rules—and exposition to go along with those rules—and more conditions for victory (or failure) on the part of Dom and Jenna. I dislike it when magical systems don’t feel consistent but instead appear to change based on the needs of plot.

Speaking of which, the ending itself is somewhat of a literal deus ex machina, at least as far as I can tell. By the time we got that point, I was not so interested in the story any more. The plot had become hard to follow, and my emotional connection to Dom and Jenna was tenuous. This is probably the dealbreaker, in my book, even though it is the most subjective part of the relationship between reader and story. I can handle oppressive levels of exposition and poorly-constructed systems of magic. But ultimately a story is about the reader connecting to a character (or characters), and that did not happen here.

Napier’s Bones is just a mess. Its narrative is jumbled, chaotic, and confusing. Its themes are feeble and spread thinly across a book that is longer than it needs to be and still feels far too short. The “magical system” that underlies the story is unsatisfactory and, worse, feels completely arbitrary. The characters start off as interesting and actually become less well-defined as the story progresses. For all of these reasons, I had a difficult time feeling anything more than ambivalence toward this book.

Is it me? Did I do something wrong, Napier’s Bones? Am I too mathy for you—was that voice in my head going, “This isn’t why mathematics is magical!” too loud? Did I say the wrong thing in front of your parents on that one Saturday night when I was tired from a long day at work and they dropped by, despite the fact I told you to tell them Saturdays weren’t good for me, and I would prefer that they give us advanced warning so I could at least tidy up the place, because it’s not like you ever bother to do it? Just … give me a sign, please. I can change. 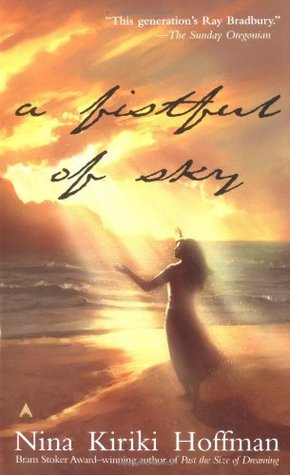