Alternative title: Tobias is Not OK. Another extremely well-written, gut-punching character story with an otherwise uninteresting plot to keep it chugging along.

The Test reveals that Tobias is still basically shattered from his torture at the hands of the sadistic, and possibly mad, Yeerk Taylor. While the rest of the Animorphs have been dealing with their own shit, apparently, for the last ten books, Tobias has been keeping it together around them but then metaphorically going off and crying in a corner.

We see Applegate explore PTSD and related symptoms of war in many ways over the course of this series. The Test is different in that Tobias’ trauma is linked to a very specific incident, rather than the culmination of years’ worth of battle scars and moral dilemmas. It’s also still quite raw, and when he suddenly encounters Taylor again—and has to work with her—all those feelings come flooding back.

I also think there’s something to the fact that Tobias, now living in the form of a hawk, suppresses a lot of his emotions. He always describes his hawk-self as a cool, calculating, deadly being. There isn’t much room in the hawk for mercy. So I get the sense that it’s much easier for Tobias to push down his more human emotions when he’s cruising around in hawk-mode, especially if he’s hunting. You don’t want your compassion for living creatures to get in the way of that dinner you need. Yet this means that it becomes ever more difficult for Tobias to process his feelings, and I think we really see that here.

Basically, The Test is a roller coaster of emotion. In addition to the prominent problems of our protagonist, Applegate shows Cassie breaking ranks once again when it comes to the morality of a mission. The Animorphs have gone from “how do we fight the Yeerks” to “should we even be doing this” and seeing the Yeerks as a more diverse, rather than monolithic, enemy. In an era where a lot of villains came in Saturday morning cartoon flavour-of-the-week cookiecutter squads of minions and bad guys, this kind of shades-of-grey portrayal is stunning. In this book we’re reminded that there are Yeerks who are much worse than Visser Three (like Taylor), Yeerks who want peace, and of course, Yeerks who are just there, Yeerking it out. And as the Animorphs come to terms with this, it becomes harder and harder to accept just wholesale slaughtering Yeerks as a way of fighting their invasion.

Tobias’ voice ultimately carries this one. It’s not a coincidence that this book was written by the same ghostwriter who did The Illusion. Tobias isn’t usually my favourite character/narrator, but I have to admit that a lot of his books are just good, and this is no exception.

I’ll finish with another retro tech thought: wow, the lengths to which Ax goes to get Internet out in their little hideaway, and the whole thought of dialing in to go onto AOL. Wild.

Next time: Cassie is stranded in Australia! Let’s guess how many stereotypes we’ll get to see. 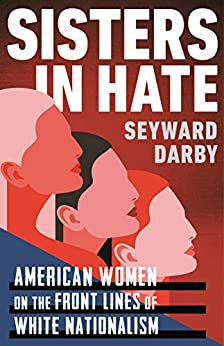