Well, here we are. Dreams of Gods and Monsters, the third book in this delightful trilogy from Laini Taylor, was coincidentally published a few weeks before I discovered the first book, Daughter of Smoke and Bone, courtesy my landlady. Two months later and I’ve read all three books. There’s always something fun about binging on a series in short succession. It definitely creates momentum and allows one to keep the characters and their relationships fresh in one’s mind. I’ve enjoyed these books from the start, but it’s safe to say that this is not just the conclusion of the trilogy; it’s the crowning achievement.

Successive books in a trilogy, or any series, need to follow the same tenets as a successful business enterprise: expand or die. The stakes have to get higher. The characters have to get more complex. The world cannot stay the same. Taylor has excelled at this with the sequels to Daughter of Smoke and Bone, in particular because she creates a fine balance between predictability and ingenuity in her plots. The romance between Karou and Akiva is largely predictable. Revelations about Karou’s chimera past aside, it’s your standard starcrossed lovers type deal. But there’s nothing predictable about the world-shaking twists that Taylor deals into her stories, from the revelation of Eretz itself in the first book to the introduction of Eliza and the revelation of Meliz in the third. Taylor always ups the stakes, and never in safe or predictable ways, and that’s one reason this trilogy is so good.

When last we left our intrepid protagonists, everything teetered on the brink of chaos and disaster. Jael had flown his Dominion through the portal to Earth, poised to reveal himself to humanity and get weapons to take back to Eretz. Karou and Ziri had executed a complicated bait-and-switch the left the latter impersonating Thiago. Akiva, having been framed for the assassination of the Emperor, managed to persuade the Misbegotten to become rebels against the rest of seraphim-kind. Together, Akiva and Karou dare to dream of an alliance between the chimera and the Misbegotten. But it seems like an alliance doomed to fail before it can begin.

The concluding volume to any series really needs to be a culmination of the journey the reader has followed the characters on from book one. Dreams of Gods and Monsters achieves this by being a book about all the characters. Daughter of Smoke and Bone was Karou’s story. Akiva, Zuzana, and Mik were present, but they were the supporting cast. Days of Blood and Starlight was more evenly split between Akiva and Karou, with Zuzana and Mik taking on a larger role, and the introduction of Liraz as a more important character. But this book is definitely no longer any one character’s story. The narrative sprawls larger than any single character can contain it. All of the above characters, as well as Ziri, Razgut, and the newbie, Eliza, get opportunities to shine and carry the plot forward in interesting ways.

Speaking of plot, I was a little concerned by the length of the book. It’s nearly twice as long as Daughter of Smoke and Bone. Yet this too is with purpose, a consequence of the wider scope of story that Taylor tells. This is no longer merely the story of Karou discovering her origins and having to decide how to live in two worlds (or whether she can live in two worlds). It’s a fight for survival, rebels against Jael’s Dominion. It’s a fight for the future of chimera and seraphim alike. And if that’s not enough, Taylor drops a bigger bombshell as she introduces an even more pernicious enemy, dangling in front of our eyes the tantalizing hope that follow-up series might one day appear.

This bombshell concerns the origins of the seraphim, as well as more details about the breakaway Stelians and Akiva’s own destiny. It’s very clever of Taylor, because she manages to tie up quite a bit of this story while also organically introducing new ideas and revealing more about Eretz’s past. Only Eliza’s inclusion as a main character might rankle, and I think it’s more surprising than disconcerting, since we expect to start the book with Akiva or Karou only to be introduced to a seemingly random human. A new main character is not necessarily something I expect in the last book of a trilogy, but I’m not opposed to it either, and Taylor manages to make it work.

A large reason why Eliza works, as does the zany tweeness of Mikzana (yeah, I portmanteaued that relationship), is the delightful narrative voice that Taylor has mastered here. The narrator is third person omniscient, but it has a colloquial informality to its tone and diction. It feels like this story is being told around a campfire or at a bedside, How I Met Your Mother-style, to wee little chimera or seraphim who are eager to know what happens next. There aren’t exactly asides to the reader, but there are small editorial flourishes, little comments like, "And it should have been fine. Until it wasn’t." I’m 24, and I kind of live in that interstitial generation between Gen Y and the Millennials, and this kind of narration appeals to me. This book feels like fantasy written for the 21st century, an invocation of the tropes of high fantasy mixed with the tones and moods of more contemporary, urban fantasy.

It doesn’t matter how you judge the strength of a book, whether it’s on story, or plot, or characters, or the width of the margins (just shy of 2.5 cm, or just under one inch for those of you still backward enough to not be down with the metric), or the font (not sure of the name, but it’s sexy and readable). Dreams of Gods and Monsters just works. It works really, really well. It’s really, really good. And if that’s not enough, it happens to be the third and best book in an excellent trilogy, one that should appeal both to the YA group and a more general (older) audience. If you like fantasy and you haven’t gotten into this trilogy yet, you really should. There’s no excuse now that all three books are on offer, and Taylor has such a great story to tell with fascinating, real characters. Don’t miss out. 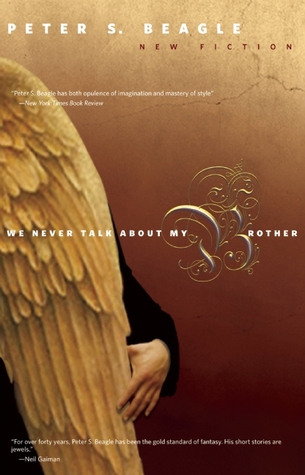