I still haven’t read Bad Feminist. But when I saw Roxane Gay’s new collection of short stories up for request on NetGalley, I leapt at the chance to read them. So thanks, NetGalley and Grove Press, for this opportunity.

Trigger warning in this review and book for discussions of rape and assault.

In many ways, Difficult Women seems like a kind of spiritual successor to Bad Feminist. Again, I haven’t read the essay collection, so I can’t draw direct comparisons. However, in general it seems like Gay’s short stories here are echoing what her essays say about the fraught and flawed nature of existing as a woman, or indeed, as a human, in our society. These are stories full of characters who are bad feminists! Some of the protagonists are likeable, some aren’t, but at every turn they are complex and conflicted and full of nuance. These are short stories beautiful both in their writing and in what they have to say about how we live our lives.

If I had to choose one word to describe this collection, it would be charged, or maybe raw. All of these stories concern, to one degree or another, the act of sex. Women having sex with their boyfriends, husbands, lovers, or even against their will. Gay’s writing surfaces problematic tropes. Many of her protagonists sleep with bad boys or men who are otherwise unhealthy for them. Moreover, quite often Gay has them describe their enjoyment of rough sex, of being made to feel “sore”, of being used for the man’s pleasure. This is far from the second-wave feminist ideal of sex as a liberating act in which the woman takes back control over her body and seeks pleasure on her terms rather than a man’s—this is bad feminist stuff! Yet these descriptions are co-located with an intense focus of the reader’s gaze on the embodiment of the characters and how they are acutely aware of their bodies at all times.

Marcy enjoyed the pleasant soreness as she drove the five blocks home after each class. She liked how for an hour, there was a precise set of instructions she was meant to follow, a clear sense of direction.

I don’t know if it’s intentional, but this phrase reverberates through later stories, sometimes in an association with sexual activity, as in “Baby Arm” below:

A couple of months later, he comes over to my apartment in the middle of the night because we’ve long abandoned any pretense of a mutual interest in anything but dirty sex….

…he never knows how to make a move, still doesn’t understand he only needs to push me on my back and tell me to spread my legs.…

…I open my eyes and look up at him. A thin line of sweat beads along his hairline. I smile. I tell him to hate me more. He does, and a pleasant soreness begins spreading from between my thighs and my head is slamming against the headboard. Now I’m with him.

Later, I am still awake because I’m not very good at sleeping and I’m achy so I’m feeling tender toward him.

Bennett is not romantic and we don'>t delude ourselves about the state of our affair. He is, however, intense and always leaves me sore in uncomfortable places.

and “The Sacrifice of Darkness”:

She gave in to the weight of him. He held her face between his hands like he might crush her skull. The pressure of his hands made her head throb, almost pleasantly. When Hiram kiss Mara that morning, her lips swelled and bruised, threatened to split open and spill. Her lips felt pulpy against his, beautifully misshapen. The whole of her body felt that way by the time he was done, as if every muscle, every part of her skin, had been worked through his hands and his mouth and his eyes until was broken all the way down.

When Mara climbed out of bed, sore, heavy, drained, Hiram said, “Don’t wash,” so she didn’t.

Sometimes the phrasing refers to non-sexual activity, as in “Florida” above or here, in “Requiem for a Glass Heart”:

After her afternoons in the park, the stone thrower’s wife finds herself sweaty and pleasantly sore. She walks home slowly, breathing deeply. She revels. Then she takes a cold shower, emerges, wraps herself in a soft cotton robe.

This focus on embodiment appears in other ways as well. Some of the stories involve twins: in one, a woman loves her husband’s twin more than him, pretends not to notice how they switch places constantly; in another, a woman has delayed leaving an abusive situation because she does not want to leave her twin. Others, such as “Requiem for a Glass Heart”, take a more magical realist turn, wherein the paradox of fragility and resilience manifests literally in the form of a glass woman.

In every story, the protagonists are hyperaware of their bodies, how they move, how they are perceived by others. This transcends class or race. In “La Negra Blanca”, which might be my favourite story of the collection, Gay shows both the woman’s hyperawareness of the male gaze and the man’s gaze itself. Sarah/Sierra, a biracial stripper stereotypically putting herself through school, uses her body to make money and has conflicted feelings about it. As William becomes obsessed with Sierra, with all that she represents in body and soul, we see him entertain—and then act on—increasingly depraved fantasies. We see the reality disappoint in contrast to the fantasy, and the cost this has for Sarah. William can walk away, dismiss his role in the rape as a mistake, an action in the past that he can forget. Sarah cannot let that go. (Gay explores this idea, that abuse is so traumatic in part because it exists outside of time for the victim, that it is not merely the abuse-in-the-moment that is harmful but the fact that the victim is forever anchored to that moment in time, in some of the other stories, including “I Will Follow You”. It is quite powerful, and I think people who have not experienced such abuse will find these stories very helpful in understanding why it is so harmful and its effects so long-lasting.)

“North Country” plays off this motif of hyperawareness in a different way. In Kate, female readers will recognize the tightrope between professional life and personal life that women are asked to walk by the patriarchy:

I teach a section of Design of Concrete Structures and a section of Structural Dynamics. I have no female students in either class. The boys stare at me after class, they linger in the hallway just outside the classroom. They try to flirt. I remind them I will assess their final grades. They made inappropriate comments about extra credit.

For men like myself, Gay’s exquisite prose and descriptions help us understand this experience from “the other side”, if you will. Most men don’t have to constantly wonder whether the attention they receive is the result of their looks or their activities. Most men don’t have to fend off the continual, almost automatic advances of colleagues simply because they are young, unattached, and attractive. And while I know this, intellectually, from my reading and my conversations with female friends, there is something very emotionally intense about Gay’s writing. I like to read because I like putting myself in other characters’ shoes, to build empathy for experiences I cannot (or am lucky enough not) to have myself.

Difficult Women does this for me. Beyond considerations of race, class, and gender, Gay’s emphasis on embodiment fascinates me on a personal level because I don’t feel very in touch with my body. I don’t pay much attention to it, and I even find it fairly awkward at times. So there is something very intriguing about the different facets of embodiment that Gay explores throughout this anthology, from sexual intercourse to combat to the gaze of others.

What Gay depicts in these stories is life at its messiest, life in the liminal spaces. The women of this collection are difficult because, like any woman, they do not fit neatly in the boxes and labels that anyone—on any part of the political or social spectra—ascribes to them. They are not always entirely happy with this or with themselves—but that is part of the theme here. And Gay brings this out through a diverse set of stories, each one unique and intriguing in tone and style. It’s not too hard to write stories that are enjoyable to read; it’s not too hard to write stories that are meaningful and thought-provoking. Gay has managed to combine these two feats—no small order—and I’m always delighted when that happens. 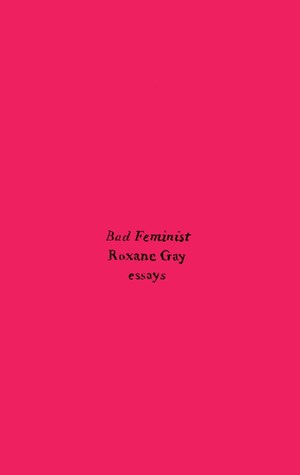 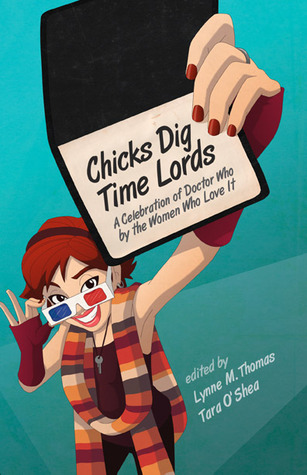