Every ongoing but somewhat formulaic series has its tipping point, that moment where the overall story arc and mythos of the series’ world begins to subsume the individual plots of each book. For The Dresden Files it was Summer Knight, the fourth book, which adds faeries to the Dresdenverse. For the Ministry of Peculiar Occurrences, that tipping point is here, with Dawn’s Early Light.

On the surface, there is little to make Dawn’s Early Light stand out from the first two books. Once again Eliza Braun and Wellington Books are investigating a curious mystery. This time they are doing it as an officially-sanctioned team of field agents—but they are in disgrace, seconded to the United States to help the American Office of the Supernatural and Metaphysical. Along the way, we find out that the House of Usher has contracted the services of a certain Mr. Edison, who has in turn stolen some very promising plans for a death ray from a certain Mr. Tesla.

Some of you, like me, will be pleased to find out that this book comes down decidedly in the pro-Tesla camp.

Despite the somewhat formulaic framework, though, there are indications that this is different even from the beginning. There is less mystery here: we learn fairly early on about Edison’s involvement. (That’s why I’m not really counting it as a spoiler.) The plot metamorphoses from investigation to a chase across country, and soon Ballantine and Morris send their foursome of agents on a merry little tour of nineteenth-century America. From North Carolina to Michigan to Arizona and then all the way out to San Francisco, Books and Braun get their fair share of travelling in.

Along the way, Ballantine and Morris throw some obstacles between the two. After that passionate kiss from Wellington at the end of The Janus Affair, I assumed that Braun and Books were an item. Clearly I was being naive; Eliza spends most of this book fuming that Wellington hasn’t made any further moves, so she flirts outrageously with her American counterpart, Bill Wheatley. Normally I’m not happy when a series contrives obstacles to two characters’ romantic happiness just ’cause, but in this case I think it works. And, to their credit, Books and Braun eventually have a conversation about it, like two adults. Well, like two adults trying to disarm a bomb. I’m not going to tell you how it works out.

To be honest, the actual chase-Edison-and-the-Pinkertons plot is rather ho-hum. Edison’s motivations are never explored to a satisfactory depth. The House of Usher is at its most transparent here, with its agents walking around with little rings to identify their affiliation. (Clearly they subscribe to the Hydra school of secret, shadowy bad guys—branding is everything!) And neither of the two subplots—much like the Campbell subplot from the previous book—mesh very well with the main story.

The first subplot concerns our favourite Italian assassin, Sophia. This time the Maestro sends her to San Francisco on a mission. She gets to play dress-up to get closer to her target, but nothing really seems to come of it. Similarly, the House of Usher contracts an Episcopal priest named Van to bring Wellington to them alive. She eventually tracks Wellington down, but then people start shooting at both of them. As with Sophia’s subplot, Van’s never seems to amount to much. I wouldn’t have missed its absence, but its presence doesn’t add another interesting dimension to the story.

So if I’m so dissatisfied with the plot, why do I think Dawn’s Early Light deserves to be called a tipping point? Why do I think it’s the best of the books in the series so far?

I’m not going to spoil it. Suffice it to say that there is no going back. Ballantine and Morris definitively put the series on a very specific track; the next book cannot hew to the “mystery of the month” formula. Shit is going to go down. Chaos is going to happen. We’ve got the House of Usher, the Maestro, and now something happening with the Queen of England. Maybe we’ll even get to find out what Doctor Sound has in that mysterious Restricted Section of the Archives of his. (I’m not holding my breath.)

My point is, for two books now, Ballantine and Morris have been carefully building up certain background elements of this universe. In this third book, they continue in the same vein. But suddenly, in the last chapter, everything comes to a head, and there is no going back.

There is no better way to ensure I read the next book in the series than to leave it at such a tantalizing, promising point. How are Books and Braun going to figure into this? What is Doctor Sound’s game anyway? I can’t wait to find out.

If you read the first book of this series but didn’t bother picking up The Janus Affair … skip it. Read Dawn’s Early Light instead, then read the fourth book when it comes out. This is steampunk the way I like it. 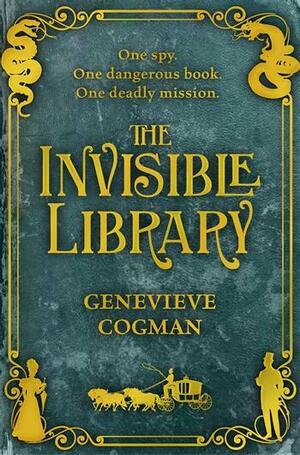