I’ve been “online” for almost eleven years now. I started learning to write HTML, which was my first foray into anything resembling programming, almost immediately after I became interested in using the Internet. My introduction to free/open-source software (F/OSS) was gradual, so it’s hard to pinpoint a particular project or ethos that inculcated me into that hacker culture. For the longest time I rolled my own code religiously, either oblivious to or uninterested in the existence of blog software that others had made, like WordPress. Eventually I made the code I had written available under the GPL (not that anyone would actually want to use it).

A lot has changed in those eleven years, but I still use F/OSS as much as possible (I am writing this on a computer running Ubuntu), and I contribute when I can. I probably wouldn’t identify as a hacker. Beyond web programming and some Python, I’m not an adept at programming (but I’m not exactly a n00b, either). Nevertheless, I certainly empathize with the hacker community and many of the goals and values that hackers share. The Internet and the increasing role that software plays in our lives makes for a disruptive combination of technology, which means hackers and hacking are only going to become more significant in the future. Hence my interest in reading Coding Freedom: The Ethics and Aesthetics of Hacking, which is actually Gabriella Coleman’s PhD. thesis. It’s also available under a Creative Commons license, which is cool.

Coleman, unsurprisingly for an anthropologist, looks at hackers as a group and uses a combination of narrative and history, grounded in anthropological theory, to examine why hackers have the mindset they do, and to what level the group is homogeneous or heterogeneous in its political and social activities. As a consequence of being a thesis, Coding Freedom is very dry. It has a lot of citations, and its structure is overt and repetitive to the point of being cumbersome—a lot of, “In this chapter, I will …” followed by laying out of sections, only to summarize the arguments again a few pages later, etc. This is not a pop science book about hacker culture. It remains eminently accessible—Coleman employs a broad range of anthropological terminology, but it seldom dips into jargon, and she is good about defining even the most common terms to make it clear whose work she is reference or what theory she is using in her analysis. If anything, Coding Freedom is a nice glimpse into how anthropologists are now beginning to study Western culture.

The first section broadly traces two histories: one is a generalized personal history of a hacker’s life; the other is the history of the F/OSS movement. Neither is a detailed treatment with the guts and glory one might want, but that’s not what Coleman is aiming for here. She wants to establish what draws hackers to this idea that is F/OSS. To do this, she looks at the motivations behind hacking and the way hackers interact with one another. She provides examples of hacker humour, noting that many hackers include jokes in their code as one form of demonstrating their skill or savviness. She begins laying the groundwork for one of her thesis’ major points, which is that “code is speech” is an ethos that echoes throughout the F/OSS movement and hacker culture.

The main takeaway for the average (i.e., non-anthropology student) reader here should be the amount of thought and depth of consideration that hackers exercise when it comes to the legal and ethical issues around coding. This is something I can understand, as someone who has personally wrestled with the implications of licensing code under the GNU GPL or the MIT license or any other various copyleft and free software licenses. Sorting out which ones are compatible, what each one lets me do or lets me let others do … it can be a headache. But it’s also important, because, as Coleman demonstrates, hackers have hacked the law like they hack computers—our legal framework being very similar to code in some ways. Stallman, Lessig, et al co-opted our intellectual property framework, using the language of copyright to grant permissions instead of taking them away. It was a bizarre and revolutionary notion that remains difficult for some people to fathom today. Yet above all else, Coleman makes it clear that hackers are not their stereotype: anyone involved in the free software movement to any extent has a keen awareness of how legal issues affect software, and the overlap between lawyers and coders is an interesting one.

The second section presents Debian as a microcosm of hacker culture and F/OSS ethics. Coleman embedded herself in the Debian movement (this was about ten years ago, mind, so things have changed since then). She followed several ethical debates within the community about how the project should be organized and run. This is where Coding Freedom provides a perspective lacking from a lot of books about F/OSS culture: Coleman isn’t interested in the implementation details of Linux; she has no stake in the KDE vs GNOME debate. Instead, she looks at the organizational aspects of the Debian community: how do leaders emerge, how are conflicts resolved, where does discussion take place? Debian is a great choice for this analysis. I didn’t know this, but it is apparently the largest open source project, with over a thousand members and an intricate process for inducting new members. The projects to which I’ve contributed have so far all been fairly small in terms of member base, certainly small enough that they fall into the benevolent dictatorship or consensus-building models that Coleman describes, without a lot of the formal procedures and decision-making that Debian has introduced over the years to compensate for its growing and diverse member base.

The final section is a more general meditation on the evolving attitude of the law towards software development. Is software something we should patent, like an invention, or something we should copyright, like speech? Coleman effectively illustrates the way in which neoliberalism must contort itself to balance the liberterian ideas of property rights with its commitment to free speech. (This tension is even more relevant reading Coding Freedom in 2015, when governments of so-called free, democratic, Western countries are proposing and passing laws that curtail free speech and private speech (i.e., through encryption) in the name of protecting our freedoms.) Obviously Coleman is focused on exploring this issue from within hacker culture itself—and she demonstrates that hackers take this issue seriously, going as far as to protest what they view as unfair arrests of hackers for coding in the name of free speech. Yet this raises a question of why these issues do not receive larger attention, considering the important role of software in our lives. (Arguably now, ten years on, the spotlight on software has sharpened a little more—but not nearly as much as it should.) Despite linking hackers to activism, however, Coleman is careful to clarify that hackers align with all types of political movements.

Coding Freedom was a good read. I’m even more interested, however, in what will happen if anyone builds on this work. Coleman mentions how hackers tend to perceive F/OSS as a meritocratic movement. She critiques this perception a little in her Debian chapters by talking about how the concentration of power does not always work along meritocratic lines. Similarly, she mentions her discomfort over being the only or one of the only women at hacker meet-ups, for hacking is a male-dominated space. These ideas resonate with some of the discussions that have dominated 2014 and will likely remain important in 2015, such as Linus Torvalds’ comments dismissing diversity in favour of supposedly blind meritocracy. I would like to see more on this from an anthropological perspective. I know that wasn’t part of Coleman’s thesis, so I’m not criticizing her for going light on these things—but I’d love to see people build on her study in ways that include these issues.

I can’t recommend this to everyone, because it is academic in tone and repetitive, and it’s not going to suddenly open your eyes and change your mind about these issues. But if, like me, this is already something of interest to you, I recommend you check it out. Coleman is doing great work, first with F/OSS and now with a focus on Anonymous, and she’s one of the people to watch out for as we continue to break down the dichotomy between “online” and “offline.” 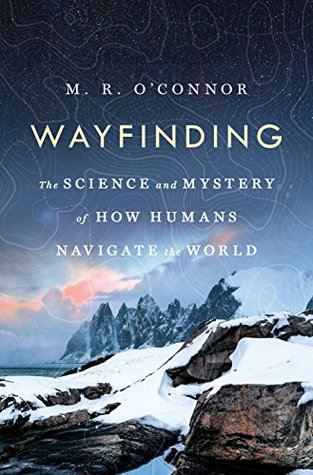