Yes, hello, hi, someone asked nicely on Twitter and got an eARC of City of Betrayal and that someone was me, but then I went and didn’t read it until near the publication date anyway because … busy … and not wanting to sit on my review, but also wanting to hype it up closer to publication. So, although this is an honest review, it most certainly is biased, because I liked City of Strife and I liked this one even more. Claudie Arseneault successfully dodges the dreaded “middle book syndrome” of trilogies, raising the stakes but also reaching a kind of turning point for the series.

Spoilers here for the first book but not for this one.

City of Betrayal picks up pretty much where City of Strife left off. This is good, considering the cliffhanger of the last book with the Dathirii launching a war against the Myrian Enclave and Nevian convalescing in the Shelter. Isandor isn’t exactly in chaos, but you can feel the tension ratcheting up: Lord Allastam is furious that he’s had his chance for “justice” snatched from his grasp and demands Hasryan’s head on a platter. Sora is trying to deliver, even if she doesn’t really want to, but a certain wise-old-elf-lady isn’t going to make it easy. Meanwhile, members of the Myrian Enclave are torturing (Avenazar, obvs), being tortured (Varden), trying to be Switzerland (Jilssan), or having minor empathetic epiphanies (Isra). And Arathiel, though he seems to get a little less page time than he did in the first book, Arathiel just seems to be glad to be … alive … if that’s what you call it. He actually seems a little excited to be back in the thick of things, even if it means helping elves on a crazy rescue mission that is probably going to get everyone killed.

Arseneault’s characters, while sometimes larger-than-life, still seem true to life. They’re just so layered and complex; I appreciate that, with a few exceptions (Avenazar, obvs) few of them are outright caricatures of good or evil. Indeed, I found myself rather identifying with many of the characters in this book, at various points, for various reasons—even characters I didn’t like all that much! But thanks to the omniscient narrator’s glimpse into each character’s inner life, I caught myself nodding along, agreeing with what one character or another was thinking or going through. Larryn is still impulsive and judgmental, but I can understand the source of his anxiety and insecurities. Isra is still delusionally self-serving, but I understand her fears and her desire to be seen as belonging when she knows how different she really is. (Side note: I found the revelation about Isra’s identity somewhat awkwardly dropped into the first act without any real lead-up. I went back and scanned through City of Strife to see if I had missed any clues or foreshadowing but couldn’t quite notice anything.) And don’t even get me started on Hasryan’s moments of self-doubt, on Yultes’ application of Skelegro to his spine, etc. This book has character development in spades.

Still, it feels kind of weird to praise a book overly for character development. That should just be a given in literature; if yours is not a book with character development, maybe it’s just not very good. What makes City of Betrayal so compelling and interesting to me is the strength of its theme and the way Arseneault emphasizes it across so many storylines and characters without making it feel heavy-handed.

At times this book is bleak. The odds are against our heroes, and they don’t emerge unscathed from many of their scrapes. Political or physical, the conflict is savage and unrelenting: just when I thought they might turn the tide, Arseneault slapped me down with another twist that left me shaking my head in admiration and sympathy for them. This book’s title is apt, because in this story, Isandor plays host to numerous turnings of the coat and changes of the guard.

For the majority of the cast, everything boils down to one, simple question: will you make a stand? What will it take for you to make a stand? How much can you endure, how much can you let pass, before you feel that you must stand? Everyone is different in this regard, but everyone discovers this point. Diel sums it up extremely well towards the end of the book:

“It’s not so simple,” he said. “You can’t always choose your fights. Some battles need to be fought, whether you want to or not—whether they can be won or not.”

City of Betrayal is about the importance of fighting for your beliefs, even when the odds are so much against you that defeat might be inevitable. The probability of losing doesn’t mean you should step down, step away, bury your head in the sand. That’s how some of these characters react—at least initially—and it doesn’t get them anywhere. And rather than delivering a single, crowning moment in which everyone stands up in unison to resist, Arseneault opts instead to show us each character making that decision for themselves. Some of them are loud and proud, some of them so quiet we might not even notice. But the time to make a stand has come. And it’s electrifying.

The ending of this book feels right. It isn’t necessarily making me salivate for book three the way City of Strife did for this one. But I feel like we’re perfectly poised for this last act, and I’m really looking forward to seeing what Arseneault throws at them, and us, next. Avenazar isn’t dead—though to be honest, I was fine with how little he figures in this book, except as a sideshow, because I can only handle so much over-the-top megalomania before I need to go back to more subtle villains. I have no idea what madness he’ll deliver next, or what Diel and his allies will do to try to safeguard Isandor.

I love books like this. I love books that have such strong moral stances, books that have such unrelenting themes, yet manage to avoid bludgeoning the reader with that morality. Despite its depth, City of Betrayal remains very much an urban fantasy adventure at its core. This is a diverse book, and I don’t just mean in terms of its characters sexual, romantic, or gender identities. We’ve got elves and humans and halflings and whatsits, a city poised on the brink of war or hostile takeover, mercenaries running their own deadly and sorcerous games at the margins. Arseneault’s world comes alive, and my second visit to Isandor was even more exciting and delightful than my first. 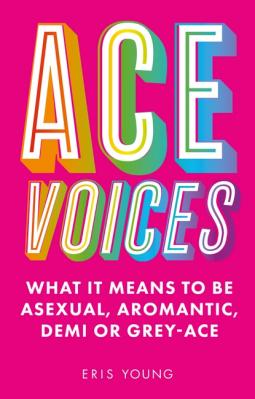