Magical cities are one of my favourite tropes in fantasy novels. I think I could read nothing but magical city fiction for a while and take a long time to feel sated or bored; there is so much room for variation. Camorr from The Lies of Locke Lamora is an example that readily springs to mind, but this is a very old trope. As its title implies, City of Strife is very much a story about such a city, Isandor, essentially in the path of the ambitious and violent Myrian Empire. Claudie Arseneault skilfully weaves the lives of various characters into this political drama.

This is an ensemble cast situation, so it’s difficult to know where to begin. The novel opens with a human, Arathiel, returning to Isandor after 130 years away. Normally he would have, you know, died in that time, but he went looking for a cure for his sister’s illness, and he ended up at some kind of “Well” that didn’t let him age but robbed him of his tactile senses. Arathiel was a member of one of Isandor’s noble Houses, but he is ambivalent about reclaiming his title and identity. He falls in with a group of philanthropic nobodies trying to run a Shelter in the lower city for Isandor’s least privileged. He spends much of the novel vacillating over how much he should get involved in his nascent friendships with these people—and this decision has a huge impact on the course of the story.

Meanwhile, it what feels like an entirely different city sometimes, Lord Diel Dathirii has insulted the head of the Myrian Enclave, a nasty magician by the name of Master Avenazar. This would normally only be a minor political incident, but Avenazar is the type of person who doesn’t just hold grudges—he nurtures and irrigates them like a hothouse flower. Diel may just have set Isandor teetering on the brink of war, but the other Houses don’t see it that way and refuse to present the Myrians with a united, resistant front.

So there’s a lot happening in this book, but at no point did I feel overwhelmed or pitched into a situation where I had no idea what was happening. At the same time, Arseneault avoids the temptation to bludgeon me to sleep or death with the cudgel of heavy-handed exposition (+1 melee, -2 charisma). She drops in enough occasional references to other geography, etc., that I get the sense there is a wider world out there, one that she has figured out at least to the extent that its politics affect Isandor. But the eponymous City of Strife is the story here, and Arseneault keeps the plot tightly focused on its problems.

I’ve been watching a lot of The Expanse lately, and also replaying Mass Effect 3 in preparation for Mass Effect: Andromeda, so a lot of my thinking has been filtered through these two stories. Particularly in the case of The Expanse, the writers have done such a great job alleviating the feeling like this epic political drama is a narrative on rails: seemingly small actions by characters can have major repercussions that perhaps throw the entire story onto a new, unanticipated course. I really respect it when writers can create this kind of atmosphere in their stories, and it’s something that Arseneault succeeds at here. Every character’s actions flow from their own, deeply personal motivations: Larryn is hell-bent on rescuing Hasryan, damn the consequences; Diel is hell-bent on rescuing Branwen, damn the consequences; Avenazar is hell-bent on vengeance, damn the … huh, I think I see a pattern emerging here.

In any case, it’s nice to see a fantasy novel with an ensemble cast where you actually get to know the various members of the ensemble instead of seeing them reduced to usable, plot-ready archetypes. As the title might imply, too, Arseneault is not afraid to sow as much conflict as she can among the characters. Even so-called friends and allies rub each other the wrong way half the time. For example, Larryn and Cal come to loggerheads over what the former sees as a betrayal of their friendship with Hasryan when Cal gets distracted saving a stranger in need. In this case, I actually found Larryn’s behaviour a little over-the-top—believable, yes, but somewhat melodramatic in its execution—but I enjoyed watching these characters screw things up. The same goes for Varden’s attempts to gain Nevian’s trust and the latter’s bleak cynicism. There was something inside me that was just pushing back against the book and going, “This would all be so much simpler if people trusted each other! It’s so obvious what they should do!” But they don’t, because they are human (or elvish) and therefore flawed and, let’s face it, sometimes rather daft. And as easy as it would be to write a story where everything is a straightforward and linear narrative, that isn’t much fun at all.

That’s the bottom line, basically: City of Strife is a lot of fun. For the first half of the book I was just enjoying the atmosphere; once I hit Chapter 26 or so, and everything went to hell, I literally didn’t want to put the book down. I’m glad I had March Break off and didn’t have to stop to, you know, work.

A final note about the portrayal of sexuality and romance in this book. Arseneault identifies as asexual and aromantic-spectrum and promotes City of Strife in part as boasting a diversely LGBTQIAP+ cast. If you’re going into this book looking for heavy LGBTQIAP+ plotlines you might be disappointed, because they aren’t a thing. Rather, Arseneault just telegraphs various characters’ sexual and romantic orientations as and when that information comes up. There are no explicitly romantic or sexual situations in the book (which is good for any arospec people who don’t like that stuff), although some of the characters meditate on the possibility of using sexual liaisons for political gain. While books that focus on characters’ gender, sexual, and romantic identities are truly important, I also appreciate books like City of Strife that seek to normalize LGBTQIAP+ identities by not foregrounding those struggles. Rather, these identities are simply part of the characters, and various characters are totally fine with that (yay!) or, if they are raging bigoted monsters like Master Avenazar, predictably not so much. In which case, you know, Fireball! (That’s how that works, right?)

Finally a final final note on Isandor’s origin story. The use of humans, halflings, elves, and the generic medieval European-esque fantasy city setting reminded me a great deal of Dungeons & Dragons, and indeed, Arsenault explains in her acknowledgements that this world is based on an RPG she DMed. So … yay me for being perceptive? This origin isn’t really surprising and is, I suspect, a lot more common than authors might admit. Once upon a time I read a truly awful attempt by someone to turn their D&D campaign into a story, so it’s good to see that it is possible to weave a great story out of what was probably a fun campaign.

A word of warning, though: City of Strife ends on a damn delectable cliffhanger, and if I had access to the second book, I would have started it immediately after I finished the last page of this one. This is a book I highly recommend, but if you’re the type of reader who needs closure and certainty, maybe hold off on reading it until the next book is out. 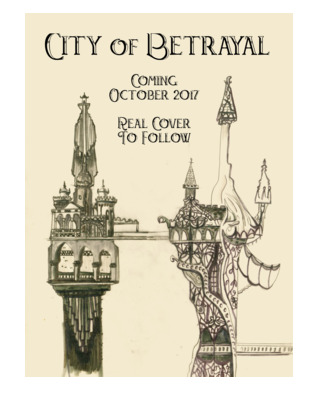 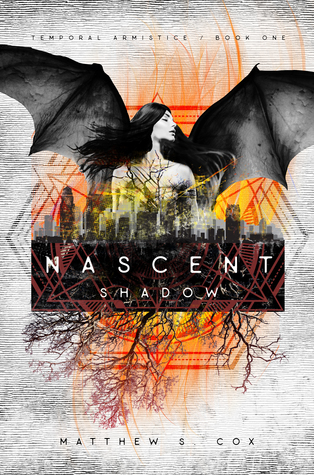