BLOOD OF THE FOLD by Terry Goodkind ★★ | Kara.Reviews
Start End

This was better than the previous book, Stone of Tears, but not necessarily great. My major problem with The Stone of Tears was that the majority of the book was a slowly-paced journey across the land from the Mud People to the Palace of the Prophets. It only picked up toward the end. In this book, because time and space are relative, the journey from Aydindril to the Palace of Prophets occurs over the space of a couple of chapters, and we don't actually experience it. Yay!

The action in this book is faster-paced. One of the primary antagonists, Tobias Brogan, is truly insane and you'll enjoy seeing the "logical" conclusions he reaches during his literal witch-hunt. Richard, on the other hand, continues displaying monumental feats of idiotic passion (which turns out to be the Wizard's Third Rule). I know we're supposed to love characters who put passion before reason and turn into unstoppable dreadnoughts when the person they love is threatened. But you can only do that so many times before you need to learn that your enemies are smarter than you. By that I mean, Richard is not initiated into the history of the Midlands. Jagang has the advantage of a knowledge of history on his side. Richard recognizes this, which is why he's an idiot and retrieves a journal from the Keep in the first place--he knows he has to learn and seek knowledge (he is the Seeker after all).

But I digress. Richard's choices aside, this book may be the first one whose themes I rather like. Brogan's failed witch-hunt reveals that any operation to route a conspiracy is vulnerable to turning into a conspiracy. Richard learns about the Wizard's Third Rule--passion is a very powerful, unpredictable element, and it is perhaps what makes humanity so persistent in this world and in his. But it must be tempered with reason, because passion is irrational and prone to jumping to conclusions that may ultimately be harmful. The very beginning, in which Jagang captures the Sisters of the Dark who fled the Palace at the end of the last book, shows us that evil people really don't get a break.

The main purpose of this book is to hand off the story arc from "Richard vs. the Keeper" to "Richard vs. Jagang the Dream Walker." I'm not sure why Goodkind does this, other than the fact that he neutralized the Keeper's threat at the end of book two and wanted to write nine more books. He could have used the escaped Sisters of the Dark to cook up a new plan to free the Keeper. Instead he's segued into a fight over the balance and the evolution of man. I must admit I like this better; one of the issues unique to fantasy that I enjoy dealing with is the nature of magic in humanity's evolution. At what point does magic die out and science replace it? 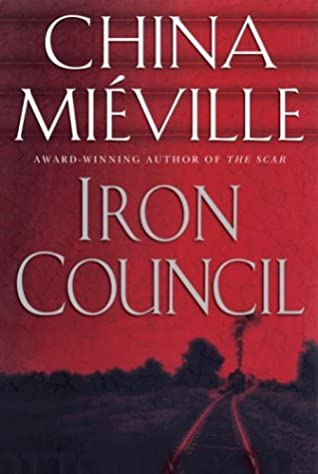