The Roanoke Colony was in trouble, and when its governor returned from an expedition to secure more help from England, he discovered the entire population had disappeared: all 114 people, including his grandaughter, Virginia Dare, the first English colonist born in the Americas. To this day, there is no definitive explanation for the colonists’ disappearance, making it the perfect fodder for the literary imagination.

In Blackwood, Gwenda Bond takes some liberties with another Elizabethan contemporary, Dr. John Dee. Positing that the colonists were in fact members of a cult led by Dee, Bond uses this expanded mythology to bring the Lost Colony mystery into the present day. The eponymous Miranda Blackwood is a teenager who has spent her whole life on the island. Her father has turned to the bottle since the death of her mother, and Miranda lives her life at the edges of society—more responsible than her father but out of touch with most people her age. But when her father and 114 other people go missing one day in the summer, Miranda finds herself drawn into a modern-day repeat of the Lost Colony.

Bond immediately makes Miranda an endearing, sympathetic protagonist. She has been forced to become more responsible, shouldering more of the burden of running a household than a teenager should have to. (In this respect, she reminded me a lot of Atlanta Burns in Chuck Wendig’s Bait Dog/Shotgun Gravy, although Miranda is a much less broken character.) Miranda is a very practical, focused person who does not like to rely on others. But this latest mystery is too much for her to handle alone.

Enter the love interest (because, alas, Blackwood is both young adult and a “romance”, so boys). Phillips (not Phillip, Phillips) is the son of the Roanoke Island police chief. Thanks to his inheritance from his grandmother, the “witch” of Roanoke Island, Phillips hears voices of the island’s dead. He returns from self-imposed exile because he senses that the island needs him. Despite a rocky past, Philips and Miranda begin working together as John Dee is revealed as the mastermind behind the disappearance of all these people.

As far as romantic subplots go, Blackwood’s is tolerable. Bond portrays Miranda and Phillips’ changing relationship with subtlety and realism: she is still mad at him for how he treated her when they were younger, but they recognize the need to work together during this present crisis. They have different skill sets (Phillips is remarkably good at sneaking around and breaking and entering, for example) that complement each other and allow both characters to shine at different moments. As with Poltergeeks, another YA title from Strange Chemistry that I read recently, I’m heartened to see a young woman as the protagonist in a dynamic, complex role.

I also enjoyed the slang and cultural allusions Bond works into Miranda’s characterization. The casual mentions of shows like Firefly and Battlestar Galactica both establish Miranda’s interests and feel timely—these are the sorts of things that a teenager interested in science-fiction and fantasy would be watching, definitely through torrents and cheap eBay DVDs.

Bond advances the plot at a fast pace, with few lulls in the action. She doesn’t pause too often to provide belaboured exposition on a certain point, trusting the reader instead to keep up and fill in the blanks with new information as it becomes apparent. This is great, and definitely refreshing to see in fiction aimed at younger adults in particular.

I was very enthusiastic about the first half of the book, both intrigued by the mystery and interested in the characters. As the mystery deepened, I had a little bit of trouble following exactly what was going on, and my enthusiasm dimmed. Since I was reading this during a transatlantic flight, though, that might have been down more to fatigue than a problem with the book—your mileage may vary.

In the end, Blackwood provides a good balance between history and mystery, romance and action. It is all of these things, but it’s none of these things in excess. I’m also glad that Bond’s next book, which I’m looking forward to reading, is not a sequel—it’s nice to see a simple, standalone fantasy novel! (I wouldn’t begrudge a sequel to Blackwood at some point, but I appreciate the acknowledgement that not every young adult book needs to be in a trilogy.)

Definitely something I’d recommend, even if, like me, you aren’t particularly interested in the Lost Colony of Roanoke. 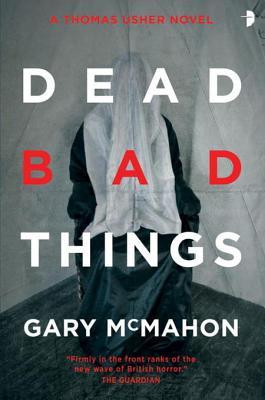 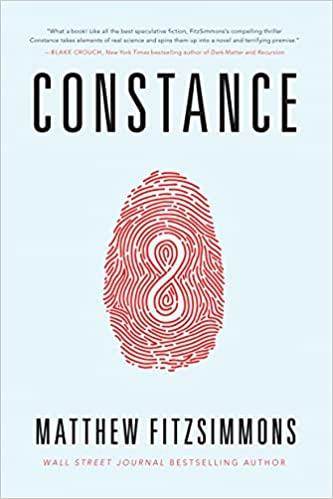