Why does AI always end up being the bad guy? Because we love to explore evil in the form of the Other. Also, it usually turns out that the bad guy was us, the creators of the AI, all along! Anastasia Slabucho’s Waterdown retreads these ideas but within the context of the climate change crisis we currently face. She posits that someone might have the right combination of drive, ingenuity, and wherewithal to create an AI that can take over running our society, if only we’d just listen. But would such a life really be living? That’s what this novel attempts to explore.

Geo Spears created Fusion, the superintelligent AI that now runs the world. In this brave new world, humans are either Permanents or Temporals. Permanents, like Geo herself, have uninhibited memory and intelligence, yet they live socially isolated lives. Their purpose is to work every day on the administrative tasks Fusion assigns them, and in particular, they scrub history of all the nasty little records that might upset someone. Temporals, on the other hand, are the labourer caste. They can have the full range of human experience, but their cognitive landscapes are governed by a brain device that limits their long-term memory storage and mediates their perception of the world. When Geo discovers that she is dying, she wakes up to the problematic nature of Fusion’s dominance over humanity. She has to gain the trust of a group of rebels and help them take down Fusion before it’s too late.

I received a free copy of this book through NetGalley. The Kindle version doesn’t let you override the font choices. This is merely irksome to me, but for people who have accessibility issues that require them to use certain fonts, I can imagine it would be upsetting and potentially prevent them from reading the book.

As far as the story goes, Waterdown has its entertaining moments, yet it never quite comes together into the unified and coherent dystopian thriller it seems to want to be. Slabucho does her best to avoid needless exposition. I applaud this, in theory, yet in practice I was left wanting … more. We only get minimal hints of what society is like before and after the waterdown. The flashbacks remind me of low-budget sci-fi TV series from the early 2000s that would try to signal you’re in the future because everyone is wearing weird fashions and hairstyles—how has society actually changed by that point? Similarly, in the present, we get the barest of hints about the dichotomous lifestyles of the Temporals and Permanents, but it’s never explored very clearly.

I also have a hard time enjoying Geo as the protagonist. I get that she’s supposed to be an unlikable character, at least at first. Her face turn seems so abrupt, though—one moment she’s cruising along, enjoying life as much as one can as a Permanent, and then the next moment she has a terminal diagnosis and she starts fomenting rebellion. OK, I’m exaggerating. Nevertheless, whatever shock to the system Geo receives, she seems really willing to turn on her creation. And the others trust her pretty quickly at that. Even the crisis with Scott dissolves into a non-issue without much in the way of confrontation.

That’s probably the least satisfying part of the novel: the conflicts feel either forced or toothless. Take Hel’s bizarre dislike of Geo. It’s never explained nor justified; she is essentially a plot device to explain some loose ends and give Geo some of the final motivation she needs to take down Fusion. Scott receives time as a viewpoint character, yet he never really seems to have to make much in the way of decisions or contribute to the plot beyond, again, being there.

Finally, Waterdown runs into the same issue that similar stories with AI antagonists often face: faceless AIs are boring. There’s a reason why the I, Robot movie with Will Smith involves a lot of explosions and why the Terminator movies relegate Skynet to a backseat role. Yes, intellectually, the idea of an AI suborning humanity is certainly scary. But in practice, an AI villain lacks the chutzpah of a good, scenery-chewing bad guy. The confrontations between Geo and Fusion are so underwhelming, even when Slabucho characterizes Fusion as “gloating.” Fusion isn’t evil; it’s just following its programming. It’s a storm more than a villain—yet we attempt to sandwich it into the villain role, instead of treating it like a natural disaster, and it just isn’t menacing enough, at least how it’s portrayed, to fit that role.

I can’t fault Slabucho for the concepts within Waterdown. Those are definitely intriguing. And while AIs run amok have been done to death, this particular remixing of the concept is new. So it’s a really cool science fiction idea. But ideas alone do not make for great stories. The characters and the conflict have to surf the ideas along the ocean of story, and that doesn’t happen here. Lots of potential here, but it’s still very rough, still very much in need of polish and plot workshopping. And having done that, it would be possible to go even deeper into these interesting ideas, resulting in a novel that truly expands the mind as much as the waterdown diminishes it. 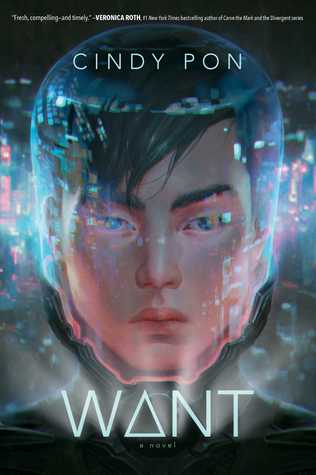 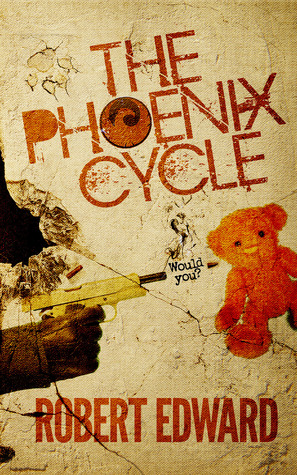