TIME'S ARROW OR THE NATURE OF THE OFFENSE by Martin Amis ★ | Kara.Reviews
Start End

The character of time is an open question in physics and philosophy. Entropy and the laws of thermodynamics seem to indicate that there is an "arrow of time," that time goes only in one "direction." Despite our best efforts, however, we still just don't know. It is, however, a well-known fact that humans, or at least most of us, experience time in an aggressively linear fashion. Whatever the objective nature of time, for humanity time moves in one direction common to everyone. There's no going back, and there is no reliving the past.

In Time's Arrow, Martin Amis creates a consciousness that experiences the life of Tod T. Friendly in reverse. Time literally flows backward, but at the same pace as we experience it in our lives, so this consciousness watches Tod grow younger. Although equipped with "general knowledge" this consciousness has no sense of what "normal" life is like—it is, for all intents and purposes, tabula rasa. The process of eating involves regurgitating food onto a plate and sculpting it into a meal (presumably one would then uncook the food, bag it, and return it to a supermarket). Similarly, the toilet becomes the source of sustenance—yeah, I'm not going to explain that any further.

So through the eyes of this hitchhiker, Amis shows us how funny our lives would be if experienced in reverse. Relationships start with break ups and end with shy meet-cutes. Babies are implanted into a mother's womb, in which they shrink for nine months and then are "killed" by a father's sexual act. And Tod Friendly is a doctor, a profession feared by the public because its practitioners are responsible for inflicting injuries on healthy people and sending them back out on the streets, where car accidents, rapists, etc., will heal them.

The punchline of this novel-length joke is, of course, not a spoiler, because it's on the dust jacket: Tod Friendly is an ex-Nazi doctor from Auschwitz. For those of us who experience time "forward," he is a monster complicit in the Holocaust; for Amis' hitchhiker, he is a Frankenstein-like hero, a scientist who pieces together Jews from the grave or materializes them from the gas chamber and restores them to life, sometimes hundreds or thousands a day! Auschwitz is a miracle centre. It's a twisted premise, and that should make it promising.

Except Time's Arrow fails at conveying any meaning. I can't see the point Amis is trying to make through this chronological reversal. It can't just be that life looks silly in rewind. Stumped in a way I seldom am, let us examine the dust jacket of my edition for some clues:

This spectral observer's ignorance of the doctor's past combines with the reader's awful knowledge to reverse the numbing effects of time and gives history the impact of direct experience.

Oh, OK, now I get it. This is all about dramatic irony. Amis is trying to juxtapose the moral innocence of his narrator with our knowledge of what Tod is going to do in his past (the narrator's future). And that is pretty much the only source of entertainment in this entire book.

How exactly does this "reverse the numbing effects of time" though? Now my dust jacket is equivocating! Obviously one doesn't have to tell a story in reverse to make a reader empathize with events from the past. And for reasons I'll explore later, I am actually convinced of the opposite of this claim: Amis' choice in narrative style ruins the hope for empathy or enjoyment.

And "gives history the impact of direct experience?" I don't want to fault Amis for this, since he did not hire the person who wrote the jacket copy. But in the paraphrased words of Inigo Montoya, I do no think that phrase means what you think it means, gentle dust jacket writer. At least not in a literal sense. Obviously it's meant to be a metaphor, but in that function it has the same flaw as the previous phrase: exactly how does this differentiate Time's Arrow from any other work of historical fiction? It doesn't.

The jacket goes on to claim that "Time's Arrow is a stunning, virtuosic [sic:] exploration of guilt and repression, America and Germany, history, time, and morality." Now I'm starting to wonder if the dust jacket writer read the same book as me. Who is supposed to feel guilt? Tod Friendly? I took the liberty of reading the conversations between Tod and others in reverse (so that they would make sense in my perspective) and even that did not shed more light on his character. I can't tell if he feels guilty for what happened in Auschwitz (I get the sense that he doesn't, but maybe I just wasn't paying enough attention). Or is the narrator supposed to feel guilty for Tod's actions? I doubt that somehow, because after watching Tod "give life" to Jews, the narrator thinks this guy is the bee's knees (or whatever the German equivalent of that expression is).

All right, so I've digressed somewhat. I've started bashing the book jacket instead of the book, and I should reiterate that Amis had little if any control over what the dust jacket promises the reader. I have read many books which are, in retrospect, nothing like their jacket copy promises but were still good judged on their own merits. So I'll put aside the discussion of the themes of Time's Arrow, confusing as they are. Where does this book stand as, you know, a book?

Here I can praise Time's Arrow in one respect: it is a paradigm case of a "literary experiment." Amis had an interesting idea and ran with it. I can grok that. But an interesting idea does not a novel make, and in this case, I think the idea actually works counter to the experience of reading a novel. There is nothing wrong with chronological reversal itself, but the way in which Amis has chosen to use it cripples the story.

Simply put, Amis' narrator is a spectator. It cannot interact with the world in any way other than through Tod's experiences, which it cannot affect. This consciousness, whatever it may be, is locked in Tod's body with no volition of its own, able only to think and feel for itself. What a miserable existence!

This poses a problem for the reader too. Not only is the narrator unable to change events, but the characters are similarly impotent. Amis' chronological reversal has removed the ability for any character to make a choice or change in any way. Time's Arrow is essentially MST3K where you are stuck watching Tod's life in reverse with a smart-ass companion who doesn't know about World War II. The story is narrative and only narrative.

The genius of fiction is its ability to create cognitive dissonance within a reader. At an intellectual level, the reader knows that a non-interactive plot will always have the same outcome, no matter how many times one reads it. Unlike Schrödinger's cat, that outcome will also remain the same whether or not one reads the book. Nevertheless, during the actual experience of reading, every aspect of the story is bent toward convincing the reader that the characters make choices which affect the plot. We don't want to believe that Juliet kills herself because Shakespeare willed it so; we believe that she kills herself out of grief for the loss of Romeo.

The style in which Amis' employs his narrative conceit collapses this cognitive dissonance. The narrator certainly never has a crisis of any kind. In fact, it is extremely mellow considering it has experienced sixty years without any ability to affect the external world. That would drive me crazy. And Tod's life does not interest me, because when played in reverse, Tod just becomes a robot. Any significance of his role in the Holocaust is lost. Sure, it's ironic because we know it is coming and the narrator does not. However, unlike a conventional work of historical fiction, we never have access to Tod's feelings and motivations for becoming a Nazi doctor; we never see his fall and his redemption (or lack thereof). We see it twisted and in reverse, but that is not the same thing.

So kudos to Martin Amis for this literary experiment. After all, by definition, if it is an experiment its outcome is uncertain. So does Time's Arrow succeed or fail as a literary experiment? I don't want to be harsh, but the answer is failure. By no stretch of the word did I hate this book, but it was a disappointment. And as a story, backwards or forwards, it's no good at all. 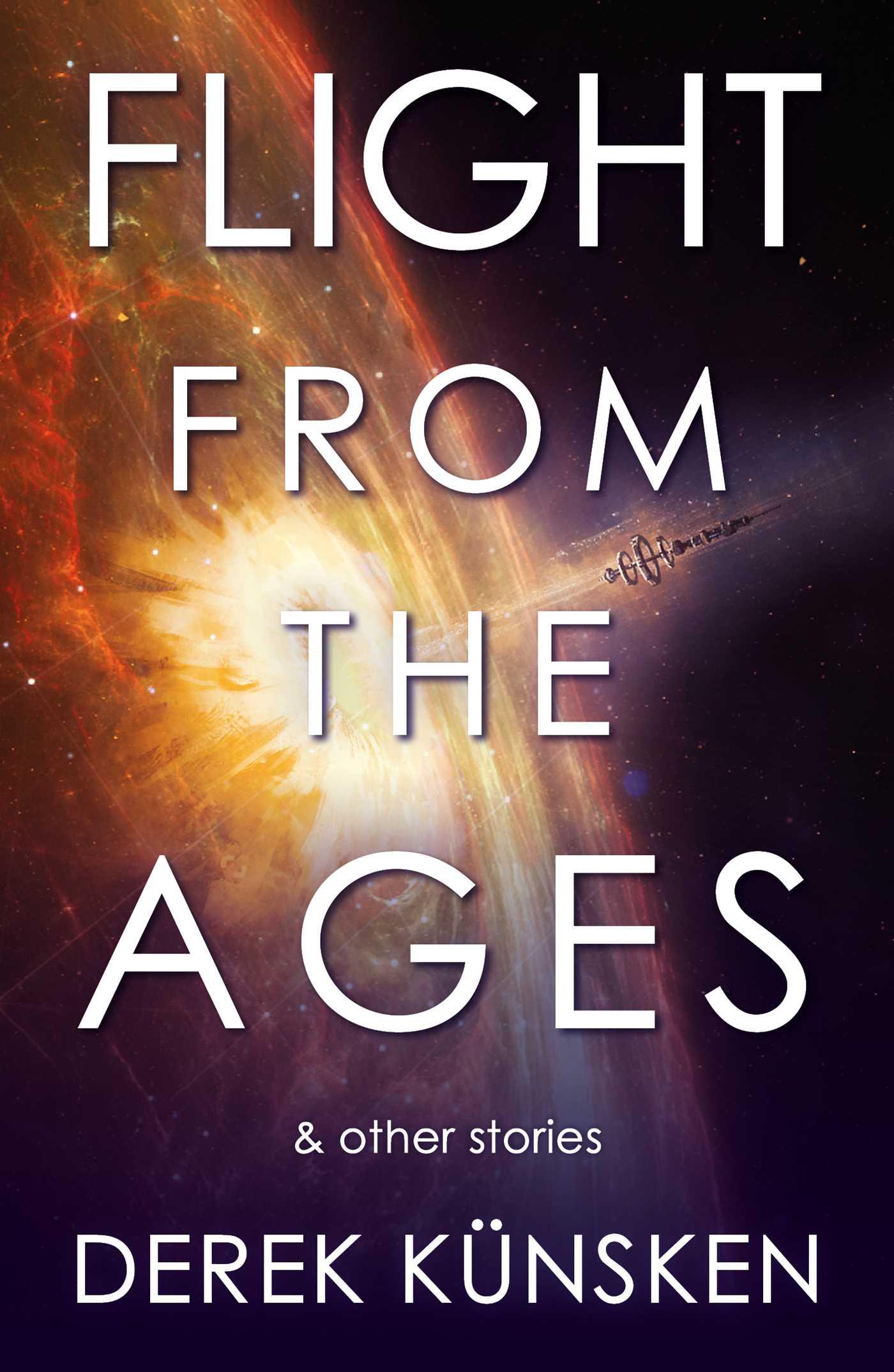