Sara Douglass is one of those fantasy authors whose books I haphazardly read B.G. (before Goodreads), throughout my teens, as I encountered them in the stacks of my local library’s fantasy section. It was good times! As with my ur-fantasy experiences of David Eddings and L.E. Modesitt, Jr., these books almost certainly don’t hold up. Yet when I came across not 1, not 3, but all 6 books of this series at my local used bookstore and got them all with store credit … well, it was a no-brainer. This summer brought with it a hankering for classic fantasy of the highest calibre of epic cheese, and The Wayfarer Redemption and its five sequels showed up to satisfy that craving like lemonade on a hot summer day. So yes, I am going to read all 6 books in the near future, and yes, I’m going to have fun with these reviews. If that sounds good, read on!

I’d summarize this book, but honestly, if you have read any fantasy from this era you can probably guess the tropes. We’ve got prophecy! We’ve got a Chosen One bonded to the Big Bad by blood! We’ve got mistaken identities and people assumed dead! We’ve got snivelling noblemen cowards! We’ve got hideous monster creatures! We’ve got a noble forest-dwelling people connected to the land and a beautiful winged people connected to the stars and humans hate both of these groups (fantasy discrimination for the win)! We’ve got obnoxious ambiguously-powered exposition characters called Sentinels who make sure characters meet their dates with destiny and mumble vague, ominous warnings about disobeying Prophecy if anyone thinks about disobeying Prophecy.

But why would you do that? All the cool kids are going along with the Prophecy! You want to be cool, don’t you?

Look, when I was 15, I was so steeped in fantasy that I had started writing my own novel. I had the map. I didn’t quite have the prophecy poem that Douglass has going on here, but I definitely had a lot of destiny-mongering. I had gods and monsters and sibling betrayal and a title that quoted Shakespeare. I was going places! And I don’t think I’m overly praising myself when I say that the quality of my novel (I did finish a full draft by the time I was 17, just for the record) approached that of The Wayfarer Redemption. My prose was almost certainly better. I’m not saying it was publishable—this is ten years later, when the tropes have already been played out. But you need this little tidbit to fully understand my positionality here: this book doesn’t make me nostalgic just for what I read in my adolescence but for what I wrote.

On a related note: one reason The Wayfarer Redemption is such a joy to read is its unwavering earnestness. The subversion of clichés in fantasy has, itself, approached cliché. There is a cynicism to a great deal of modern fantasy when it lampshades its past, and while it can be fun when done well, there’s also something to be said just for … going with it. That’s exactly what Douglass does here. She doubles down on high fantasy tropes, and it is glorious.

Let’s take a look at the setting, then some characters, and then finish up with some reflection on the plot (such as it is).

First off, the majority of the book takes place in the human domain of Achar. Humanity worships Artor, god of the plow, through the organization called the Seneschal. The Seneschal loves plowing so much that it ordered humanity to cut down all the forests it could find, to the point where apparently Achar is totally deforested. Which raises the obvious question … where is all your wood coming from? Do you import it? This is never addressed, nor are the environmental ramifications of eliminating an entire ecosystem.

The characterization in this book is bonkers at times. I could write a whole separate essay analyzing this. We’ve got characters who are introduced and set up as major players, like Brother Jayme, only for them to be jettisoned a third of the way through the book. Do they come back in later books? I don’t remember! But Douglass’ use of narrative perspective is certainly very generous throughout. Moreover, nearly all character change appears to be driven by authorial forces. Most of the characters are quite static in their personalities and how they approach problems. A few, like Timozel, change because that’s what the plot requires. Even characters who are initially reticent about embracing their new roles, like Faraday, acquiesce after they’ve been reminded they are slaves to the Prophecy (you have to say that in an ominous voice though or it doesn’t work). The background characters are so stock their watermarks are still on them. At one point when Faraday ends up taking refuge in some peasants’ house, the “Goodman” and his “Goodwife” practically fall over themselves to help her out, all the while creepily admiring her clean hands and beautiful white skin, like she’s some kind of goddess. Apparently the serfs are really happy with their position in life in Achar….

Then we have Axis and Borneheld. One is protagonist and hero by fiat. Douglass attempts to make him flawed and moody, tortured by the idea that he could have so much more power to save lives yet reluctant to embrace his identity as StarMan and the corollary that he has to take on Gorgrael. But his personality is a bit like a soggy cracker: the more you poke it the more it crumbles into your soup, and it still tastes fine, but does anyone honestly like cracker crumbs floating around in their soup? In contrast, Borneheld starts off as a somewhat vain and very flawed minor antagonist who looks like he’s going to be a thorn in the side of Axis along the way to bigger and badder bosses. Yet as the story develops, Borneheld morphs into a screechy shrew of a man portrayed as craven, cretinous, and entirely undeserving of respect. I’m ambivalent here: I do love the way that Douglass illustrates how Axis gains the respect of his soldiers through his actions while Borneheld sabotages himself at every turn … yet I feel like Douglass overplays that hand.

Basically, if I had to pick one word to describe The Wayfarer Redemption, it wouldn’t be subtle.

The plot of the book borrows a lot from standard quest structures. Axis’ ultimate objective is to get to Gorkentown (no, I don’t have anything stuck in my throat, that’s the name of the place), but when he finishes the tutorial level in Carlon, the mentor NPC dishes out a mandatory side-quest first: deliver Faraday et al somewhere, and pick up some expository NPCs along the way. So Axis eventually shows up at Gorkentown for the real boss battle, only for Douglass to reveal that the real Big Bad won’t be showing up until you buy the DLC. But if you explore all the conversation trees, complete the side-quests, and read the codex entries, you’ll get some fan service along the way.

So if you want 650 pages of grade A ’90s fantasy cheese, you cannot do any better than The Wayfarer Redemption. But let me close on a bit of a serious critique/praise: this book is actually pretty dark. Setting aside the now-clichés, etc., the storyline here is properly gritty in a way that maybe isn’t apparent from my tongue-in-cheek tone here. There is child abuse, arranged/forced marriage, a lot of graphic violence—this could be made into a Starz TV show and would work quite well. The underlying story of the divisions among 3 species, the latent magic of the Mother and the Star Gate and whatnot, the inherent tragedy of Axis and Gorgrael’s conceptions and births … Douglass knows what she is doing when it comes to plotting and worldbuilding. Don’t let the trope-laden fantasy cladding fool you into thinking that this is just marshmallow puffs all the way down; this is the full breakfast right here.

Does it hold up? I honestly don’t know how to answer that question. What does it even mean for a book like this to be “good”? It’s not great literature, genre considered or otherwise. I enjoyed reading it, but I can’t separate that enjoyment from the intense payload of nostalgia that comes with it. I don’t think someone coming at this with a fresh perspective is going to see it the same as I do. Likewise, I think my reaction is probably different from someone who first read these books as they came out as opposed to haphazardly a decade later (I honestly don’t remember which books in this series I’ve read).

All I can say is that I’m going to have fun re-reading and reviewing all of these books. Because from what I do remember, the ride is going to get wilder still. 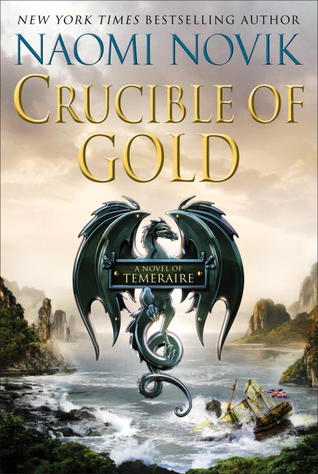 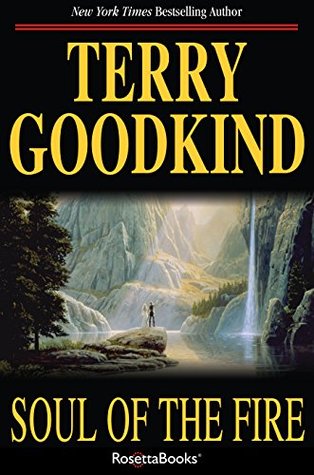