I liked The Ringworld Engineers more than I did Ringworld, in the sense that I enjoyed reading it more. Yet it is neither better nor worse than its predecessor. Although full of many more interesting conundrums than the first book, The Ringworld Engineers still suffers, notably in its treatment of female characters and sex. And after a careful unveiling of mystery after mystery leading up to a climax with such great potential, the ending is disappointing and little disheartening.

This book is all about saving the Ringworld instead of escaping it (though that's still on the agenda too). Louis Wu and Speaker-to-Animals, now called Chmeee because his spoils from Ringworld earned him a name, once again return to the Ringworld with Pierson's puppeteer. This time, however, they are kidnapped. The Hindmost, formerly a puppeteer leader and also Nessus' mate, is mounting a somewhat unauthorized expedition to the Ringworld. It wants to bring those magical matter transmutation devices Louis Wu speculated about in the first book back to the puppeteers so it can get back in power. The only problems? Well, the transmutation devices don't actually exist. Oh, and the Ringworld is drifting toward a collision with the sun. Good times.

As in the first book, I was not that interested in learning who built the Ringworld so much as watching the consequences of its abandonment unfold for the inhabitants of the structure. Niven adequately delivers on both, in this case, interweaving Louis' deductions about the structure's origins with his encounters with a selection of Ringworld natives. We get to see farmers and grazers, sea people, ghouls, vampires, and of course, the City Builders. The format is almost episodic, each chapter touching briefly on the events of the last but ensconcing Louis firmly in its own narrative. This structure only begins to falter as Louis flees back to the Needle from the city library with two City Builders tagging along. The story picks up the pace, quickly reunited Louis with Chmeee so that they can all go find the Repair Centre and save the Ringworld.

I like the pacing, and the intensity, and the sense of delayed urgency. They have a little more than a year to save the Ringworld, which seems like a lot of time, but they don't actually know where the Repair Centre is. Also, someone has organized teams to replace the attitude jets on the Ringworld rim, which were once enough to keep the Sun in the centre of the Ringworld's orbit. So there is a mysterious third party lurking about the Ringworld, and we don't know if it will embrace the assistance of Louis, Hindmost, and Chmeee.

The new Louis Wu, an addict of electrical current stimulation to the brain, is a much better character than the protagonist of the first book. He's more vulnerable, and that makes it easier to sympathize with him and easier to like him. I was cheering for him as he struggled to quit the droud so he could get out from beneath the thumb of the Hindmost. Louis' recovery is a little quick, but Niven doesn't sell short the struggle, as he makes it clear that Louis is still often tempted by his desire to feel the current. Louis' recovery is a great source of character development. As his head becomes clearer, so too do his theories about the Ringworld's origins, as well as theories about how to save it.

I could have done without the obsession over sex.

On the Ringworld, apparently it's customary to seal bargains with rishathra, "sex outside one's own species." Mmhmm. Now, Niven goes to great lengths to justify both it and Louis engaging in it. Every. Single. Time.

The first time it was actually rather hilarious. Louis saves a bunch of peaceful red-skinned farmers from some green-skinned giant warriors who want to graze all their grass. He does it by posing as a god, and the green-skinned warrior leader wants to seal their new bargain with rishathra, like you do. And Louis is starting to get exasperated, because he's just thought of a plan to save the day but is stymied, for a moment, by this carnal formality. So he goes to great lengths to preserve the charade, complete the rishathra, and save the day.

Louis' libido does not stop there, and he happily acquiesces to the practice elsewhere along the Ringworld. At one point, he is ready and willing for some rishathra, but he's stuck aboard Needle with two of the City Builders. One of them is male, and the other, Harkabeeparolyn, despises rishathra. Louis muses that if this were any other place, he would just "find himself another woman," but since there aren't any others on board, he has to make do with work and exercise—except, wait a minute, Harkabeeparolyn changes her mind! Yes indeed, because when the City Builders have sex, they're guaranteed to conceive, and apparently she is in heat. So, not wanting to get pregnant, she finally takes Louis up on his oft-repeated offer. Hopefully this demonstrates what I mean when I say Niven makes elaborate justifications for the sex and rishathra in this book.

The Ringworld Engineers in general emphasized an underlying attitude toward sex and women that makes me rather uncomfortable. Kzinti females are non-sentient. The females of the green giants, with whom Louis gets to perform rishathra, are "docile" in bed and don't orgasm. Harkabeeparolyn doesn't want to perform rishathra but changes her mind, because apparently she can't resist sex but doesn't want to get pregnant. Oh, and just because the Hindmost is Nessus' mate, don't get your hopes up that it's female. The puppeteers have two kinds of male. They both implant DNA in a host female: one the sperm, the other the eggs. As the Hindmost explains: "The female contributes none. In fact, females mate among themselves in another way to make more females. They are not properly of our species…." I don't want to draw any erroneous conclusions about Niven's proclivities from this, but I feel like we are skirting much too close to someone's fantasy here, where the women are willing, able, and the man's always in charge. In the Ringworld books, women are Other, different sometimes to the point of belonging to a different species.

While enough to make me uncomfortable, sex and the portrayal of women doesn't have a large bearing on the main plot, which proceeds without many problems until the end of the book. Then Louis is faced with a moral dilemma: can he kill 5 per cent of the Ringworld's inhabitants in order to save the rest? (Keep in mind here that "5 per cent" means 1.5 trillion.)

The answer turns out to be "yes, he can." And he does. And that is so disappointing. I like my science fiction to be uplifting and inspiring. I want my heroes to find, against all odds, that third option that saves them from committing one horrific deed in order to prevent an even larger one. It's all well and good to talk about "the needs of the many" outweighing "the needs of the few," but that kind of philosophy is hard to swallow at this scale. We are talking about killing more people than, in all likelihood, the cumulative population of Earth over all of human history. Can you imagine if someone arrived at Earth and said, "Sorry folks, but in order to save the rest of the galaxy, we have to vaporize you and your planet. For the greater good."

The problem is entirely one of scale. We run into this quite a bit in science fiction: the universe is just so vast that thinking on a cosmic level is almost impossible. Discussing events on the order of billions of years is difficult when we aren't sure where we will be next year, much less next century. Deciding the fates of trillions is difficult when it is hard to conceive that by the end of this year there might be 7 billion people on our planet. So it might seem like sacrificing one life to save a hundred makes sense (and it does, if the hero is the one who elects to make the sacrifice). Killing one innocent person, though? Or ten? Or a million? We can draw a line, but it is only an arbitrary one.

And because this is fiction, Niven could have found another way if he had really wanted. He had already created the massive structure of the Ringworld, turned solar flares into meteor defenses, and explained who originally built the Ringworld. But he didn't give Louis Wu a third option; he forced Louis to save the Ringworld by murdering 1.5 trillion people. So I have to wonder what utilitarian, philosophical point Niven is trying to make. And I don't like it.

As a story, The Ringworld Engineers is good. It has a solid set of mysteries and conflicts, a great climax, and some kind of resolution, even if I didn't like it. I liked the characterization, aside from the uncomfortable sex subtext, better than in Ringworld. The more I read of Niven, however, the less he impresses me. Big concepts and big ideas are important, to science fiction as much as any other genre. While Niven excels at these, however, he does not always succeed at the other, just as crucial aspects of storytelling.

The Ringworld is a fabulous concept and, yes, simply amazing. I could easily see it on an episode of Megaworld ("It's 997,000 miles in diameter, and it's composed mainly out of an inscrutable metal called 'scrith'…"). In the end though, it is just a setting, and that is not where I look for satisfaction in my storytelling. I look to the characters, to my heroes. I look for those, "Hell yeah!" moments where I can shout with pride because my protagonist has risen from the depths of a tragedy and managed to win. I can't do that with The Ringworld Engineers; heroism, in this book, is broken. 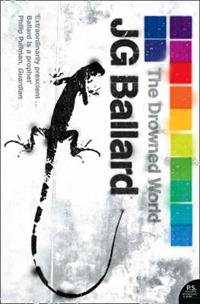